When I decided that I was going to visit Vietnam, Hoi An was one of the first places that I knew I HAD to visit. And I have to say, it did not disappoint. It was quite unlike anywhere else that I visited in Vietnam and reminded me of a cute little seaside town in the UK, just with plenty of sunshine! It was hands down the prettiest and most quaint of all the places I visited in Vietnam and as soon as I arrived I just knew that I was going to love it there. It was just so colourful and vibrant and generally quite peaceful to say that it was full of tourists. If you’re looking for a place to relax in Vietnam then definitely come here as relaxing is pretty much all I did! 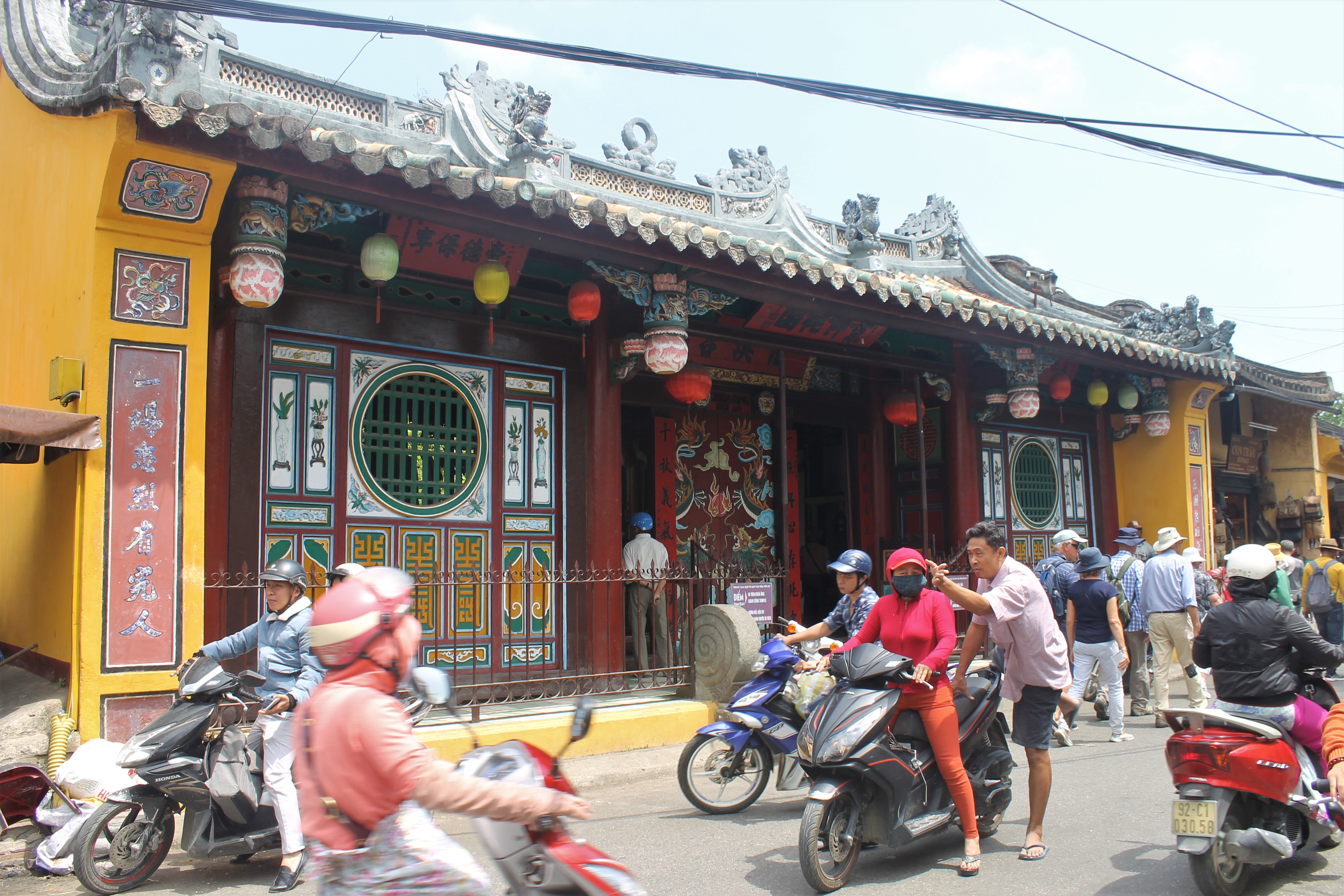 We ended up staying in two different home stays due to the fact that we originally only planned to stay for 1 night, but this turned into 2 nights when we drank too much bia hoi and forgot to book our sleeper bus on time…

The first night we stayed in Blue Lake Home Stay which was absolutely gorgeous! After trying to be quite cheap at the start of our trip it was so refreshing to stay somewhere that was actually really, really nice and still so cheap! We paid £9.44 for 1 night in the Deluxe double room with Garden View on Agoda. 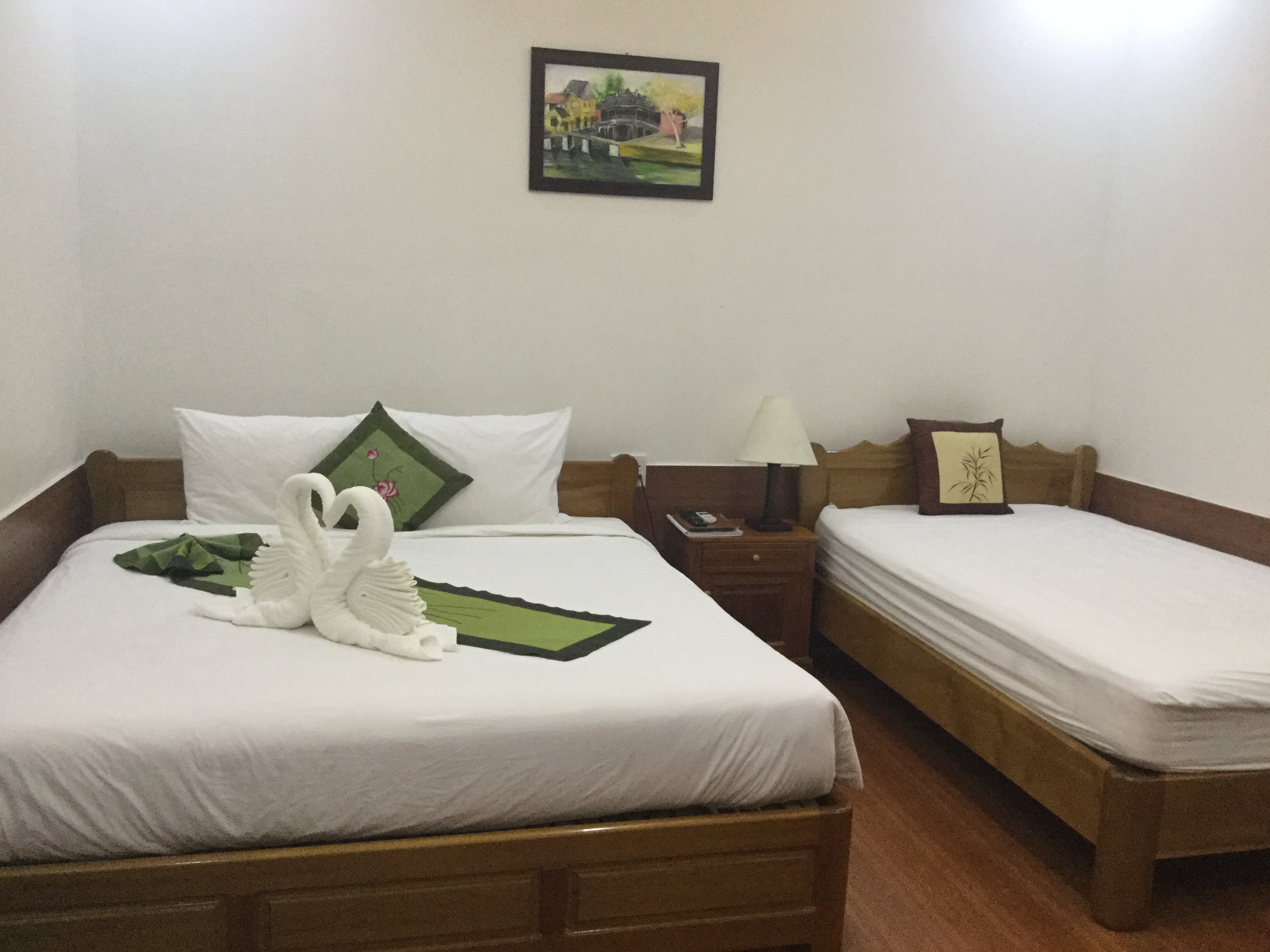 The second night we stayed in Little House home stay which was equally as nice and a little cheaper! We stayed in the Deluxe Double Room downstairs and paid extra to have breakfast here and I would 100% recommend that you do the same as it was delicious and the outside eating area was so nice! Did someone say pineapple pancake!!?? We booked our stay here through Agoda.com for £8.20 for the night. 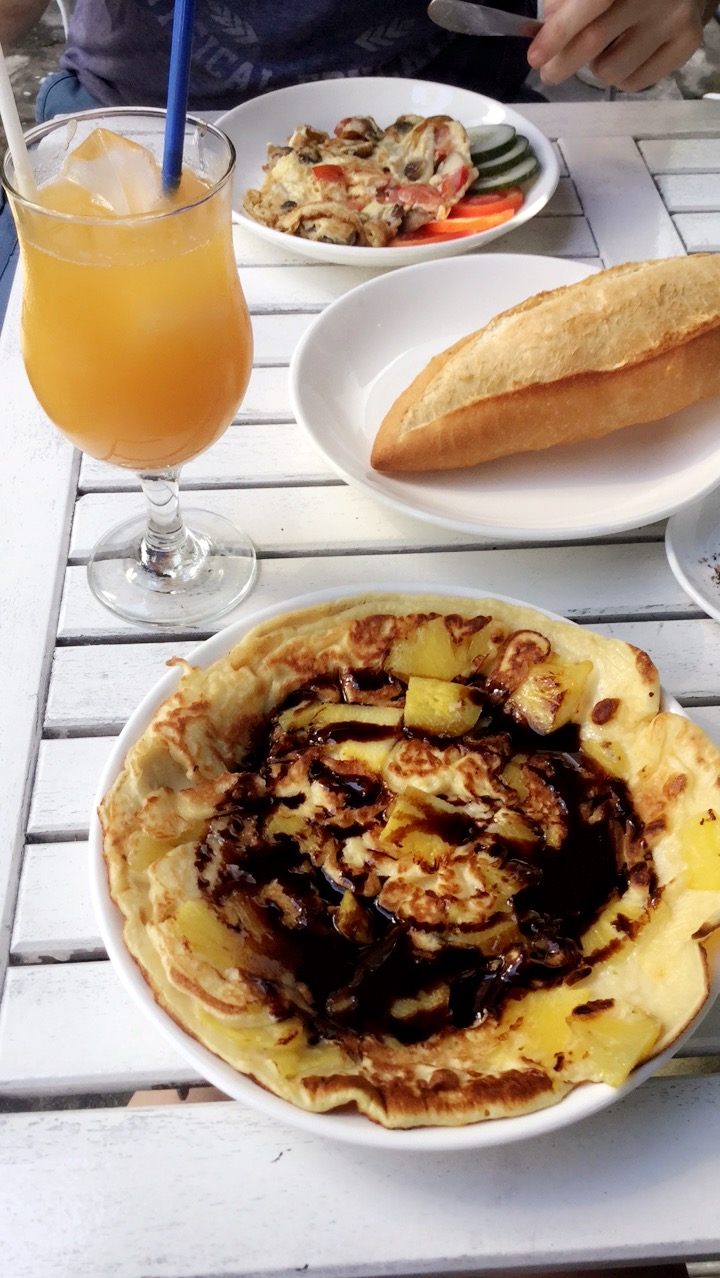 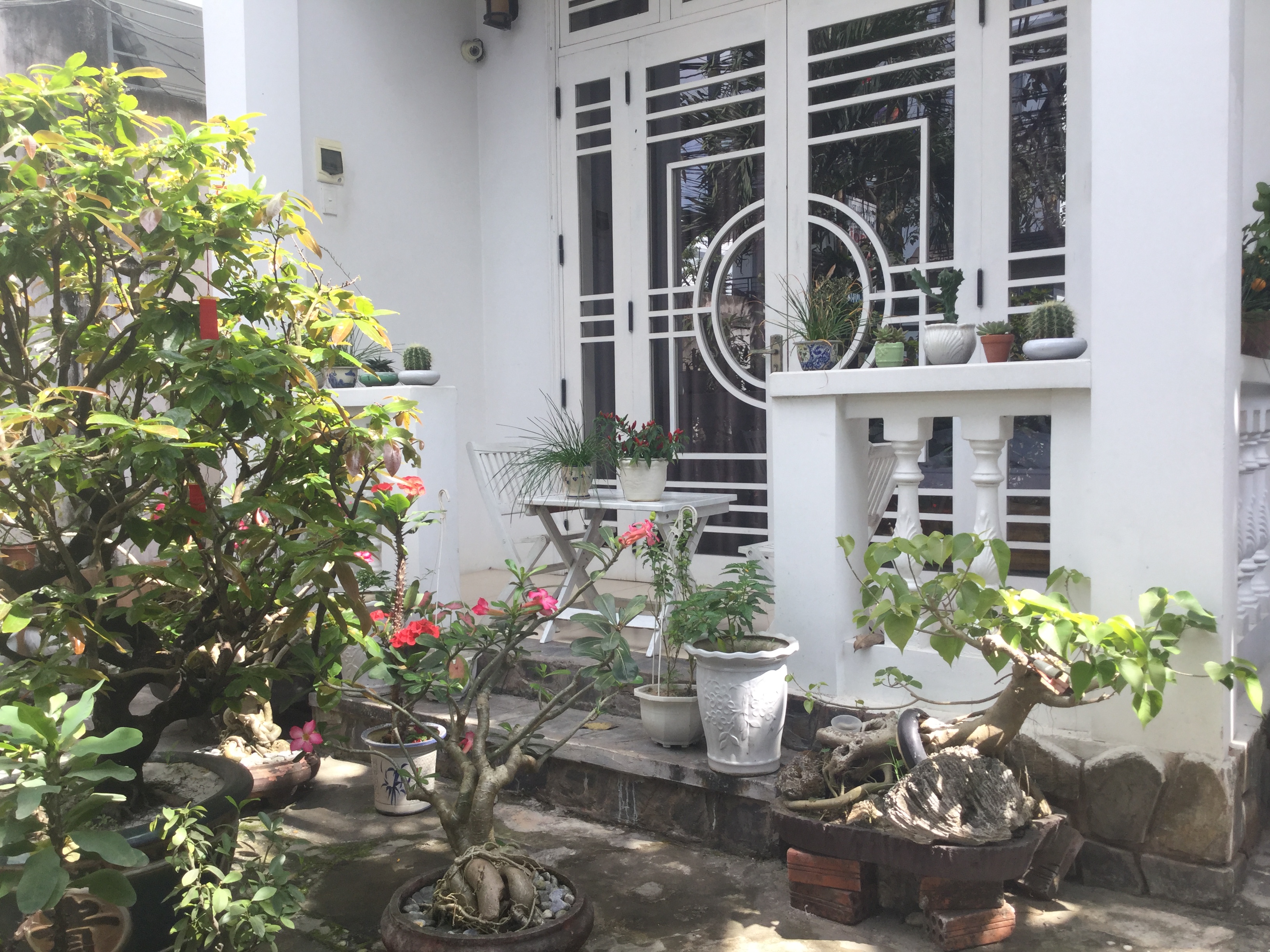 They both offered bikes to use for absolutely free which was really handy. Both were situated in between Hoi An Old Town and the beach and so it was an easy 10 minute bike ride to either destination.

I would highly recommend either places for couples travelling together because they were both exceptional and for around £5 each a night, why would you want to stay in a dorm!?

We chose this place by random having not read any reviews about it and I’m so glad we did. Although a little pricier than your typical budget meal, it was still cheap compared to UK standards and the food was soooooo good. There was a wide range of vegetarian options for me which was a nice change and the portion sizes were huge!

For the non-meat eaters amongst you, you will be delighted to know that there is a delicious Vegan restaurant at An Bang beach which serves up a variety of delicious meals! It’s right on the beach front and has lots of bean bags for you to lounge around all day just soaking up the sun! A must try!

Had a heavy night? I’m a firm believer that when you’re travelling it’s almost paramount to try the local food and get into the culture, but sometimes you just need a little taste of home. And this is where Jim’s snackbar comes in. We found this place by accident when we were waiting for our sleeper bus but I’m so glad we did. It filled the hole of junk food craving and fries have never tasted so good!

For me, after the hustle and bustle of Hanoi and the adventure of Phong Nha, I wanted my time in Hoi An to be a bit more relaxing, which was exactly what it was. Wandering around the old quarter is an absolute must. Walk around the colourful, old colonial buildings, marvel at the lanterns that seem to be everywhere and just take it in. Technically, you need to pay to enter the old town, but we never had a problem. However, if you want to have a look inside one of the 22 buildings then you will need a ticket as there are people checking at the entrances. 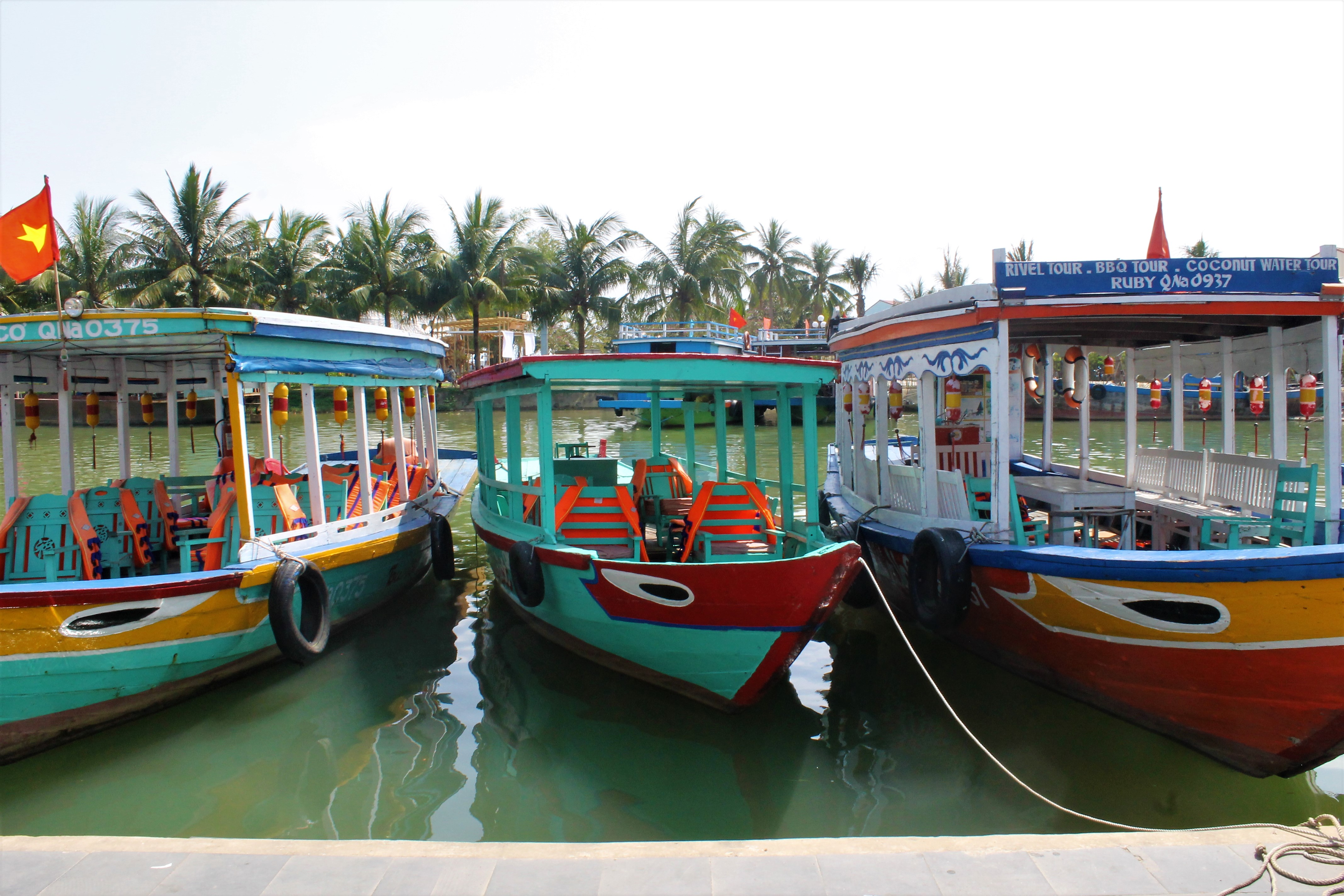 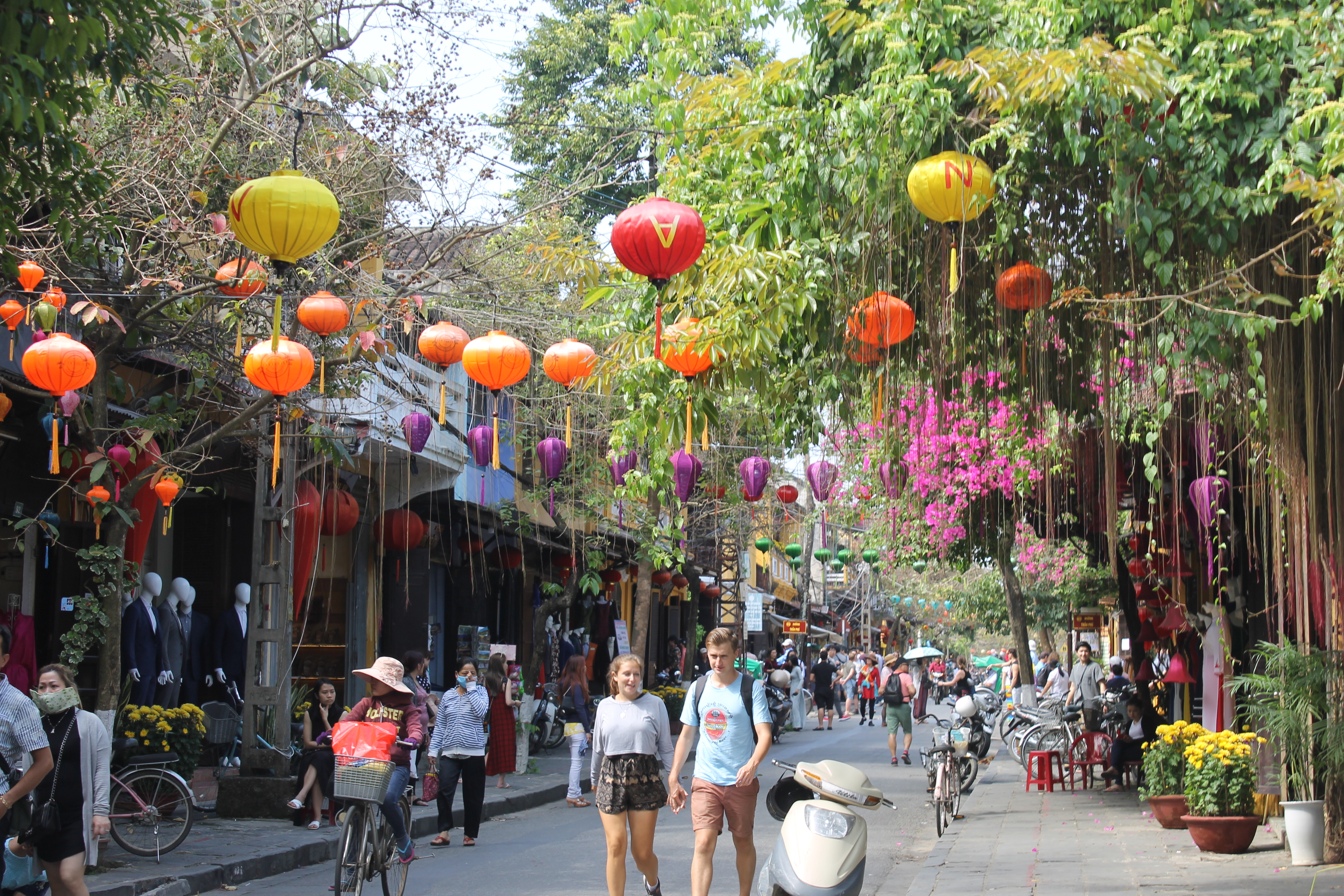 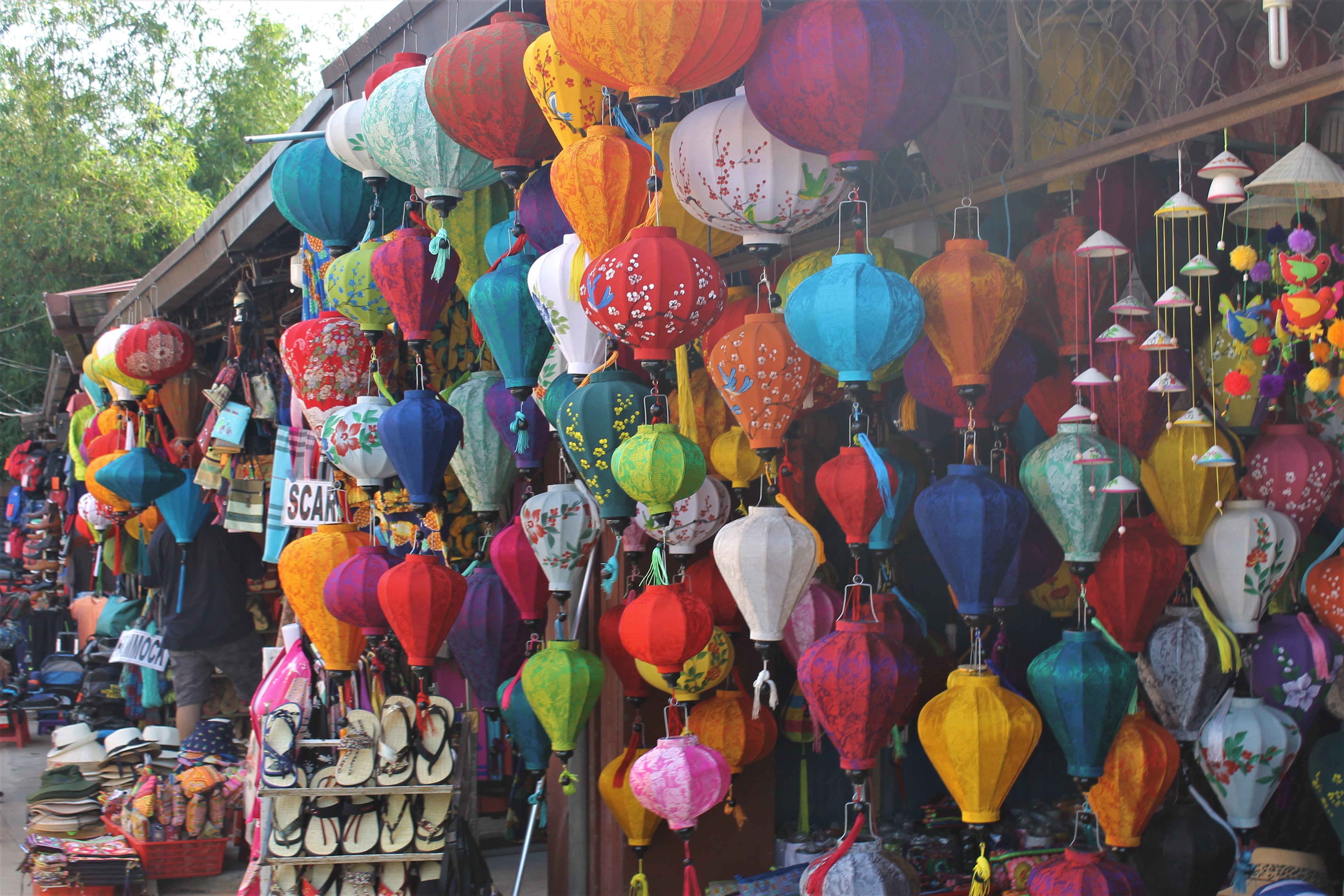 If like me, you’re a bit of a beach bum, then you’ll be glad to know that there is a beach very close to Hoi An. We spent a day chilling on An bang beach and although it may not be the prettest beach it’s very chill and there’s a good selection of beach front restaurants which you can lounge around in and just relaaaax. 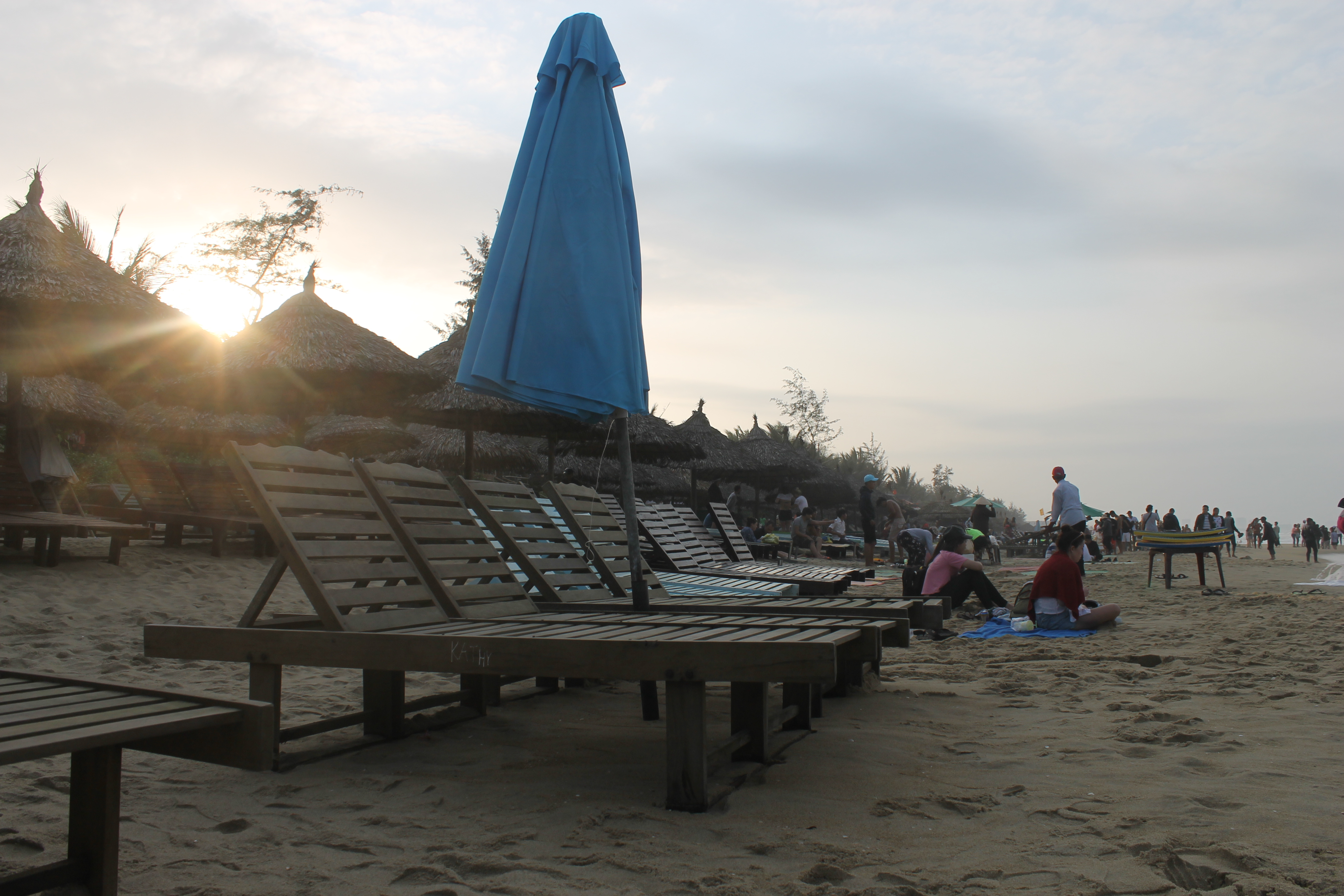 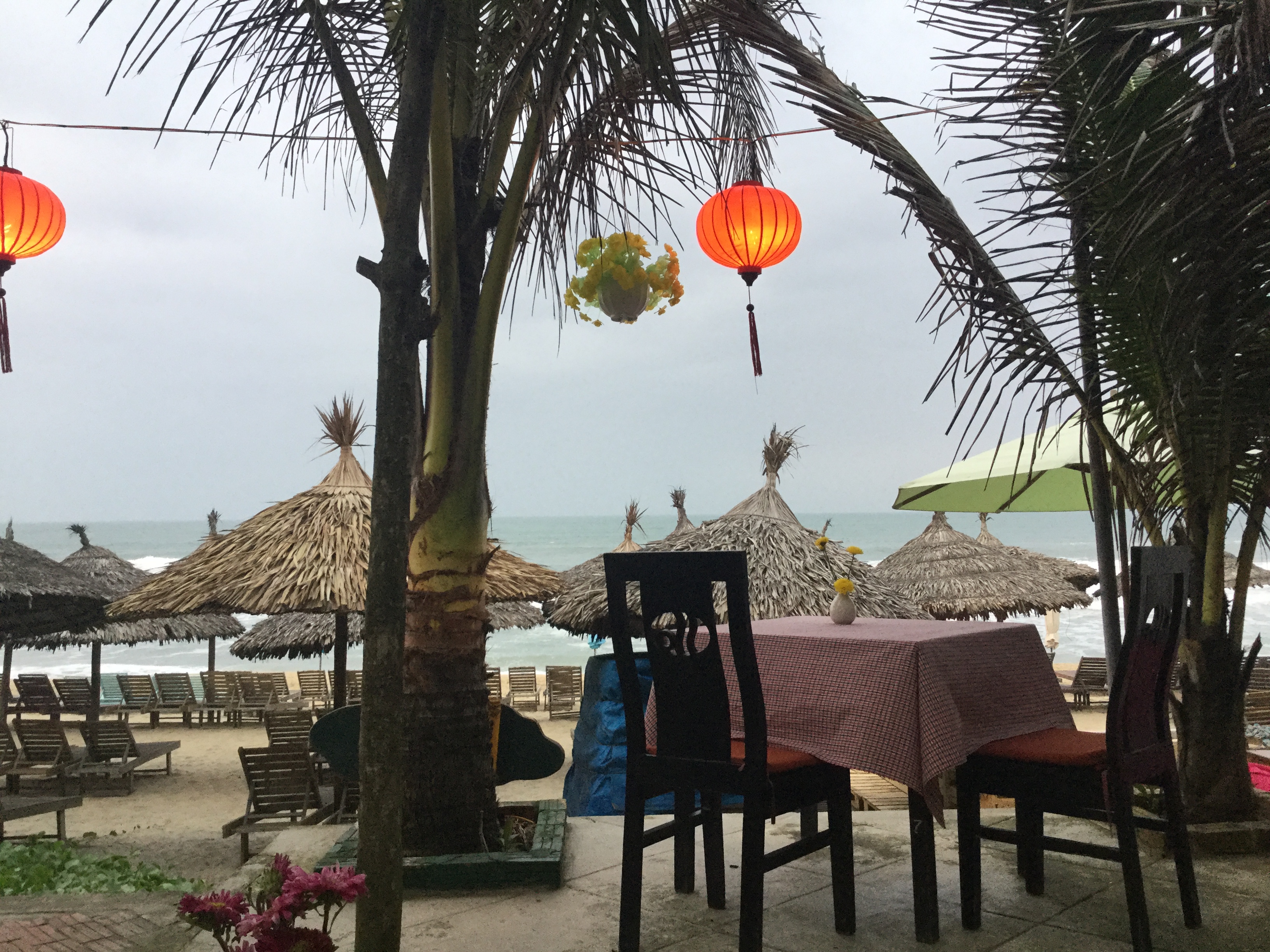 Hoi An is known for some of the best food available in Vietnam, including the famous White Rose dumplings. It’s also got lots of good bars which are great to spend a few hours drinking beer and watching the world go by… 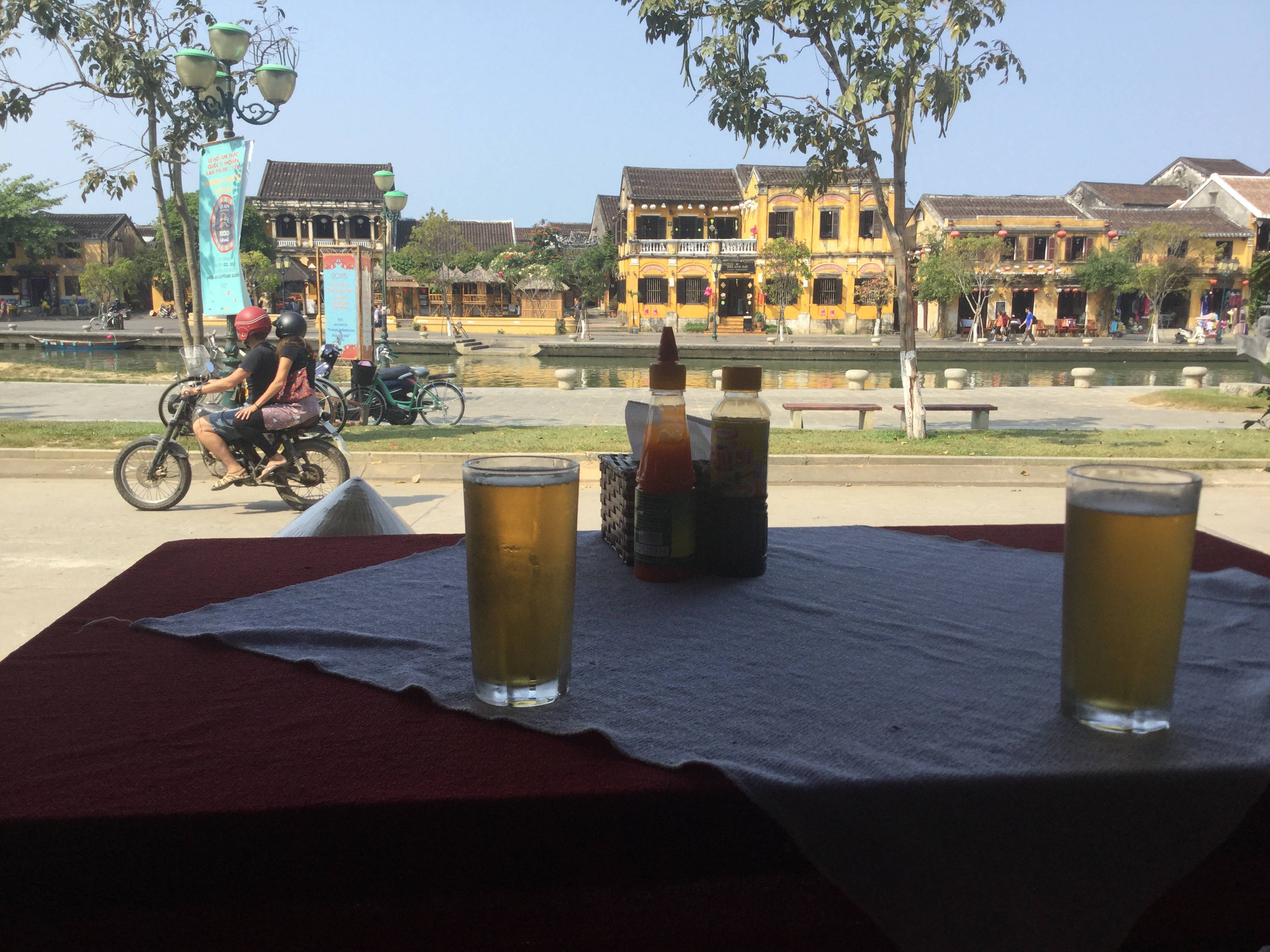 A good many home stay’s in Hoi An will let you either borrow or rent bikes so that you can get around more easily. We chose to stay at places where there were free bikes and this was probably one of the best decisions we made. It meant that we could cycle both to the beach and to the Old Town, but also that we could explore some of the wonderful rice paddies that are also in Hoi An. We ended up cycling through some little villages and even followed some cows as they were being led through the street by the farmer! You egt to see way more of the town this way so I would definitely suggest this if you’re in Hoi An! 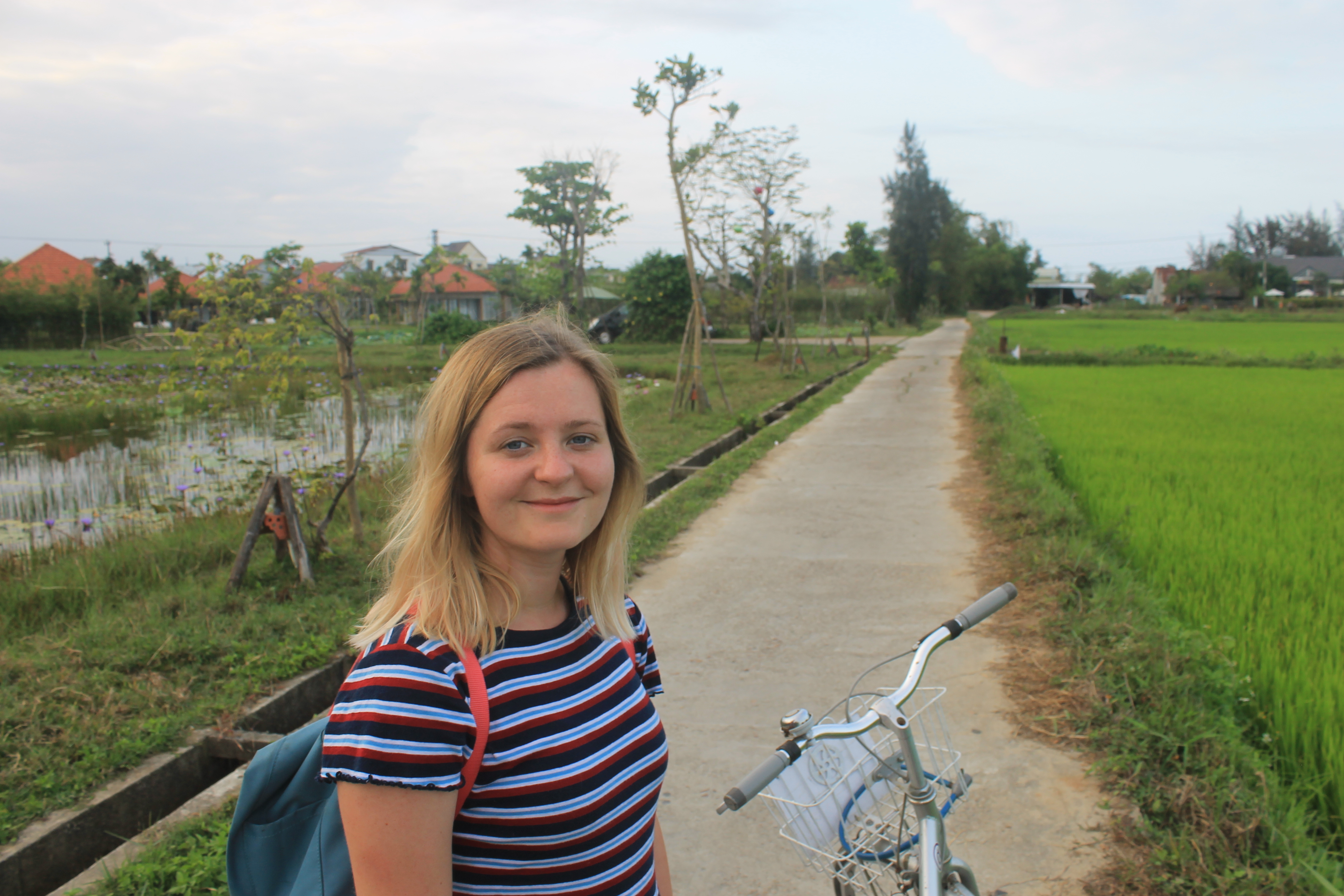 Shop til’ you drop!

Hoi An is renowned as a place where you can buy custom made, quality clothing for cheap. I chose not to bother as my backpack was already pretty full and there was plenty of clothes that I saw that I could just buy without having to wait for them to be made.

Make sure to check out the old market though to pick up any souvenirs or try some street food. There is also the Night Market which sells a variety of souvenirs and lanterns and is just quite nice to have a wander round! 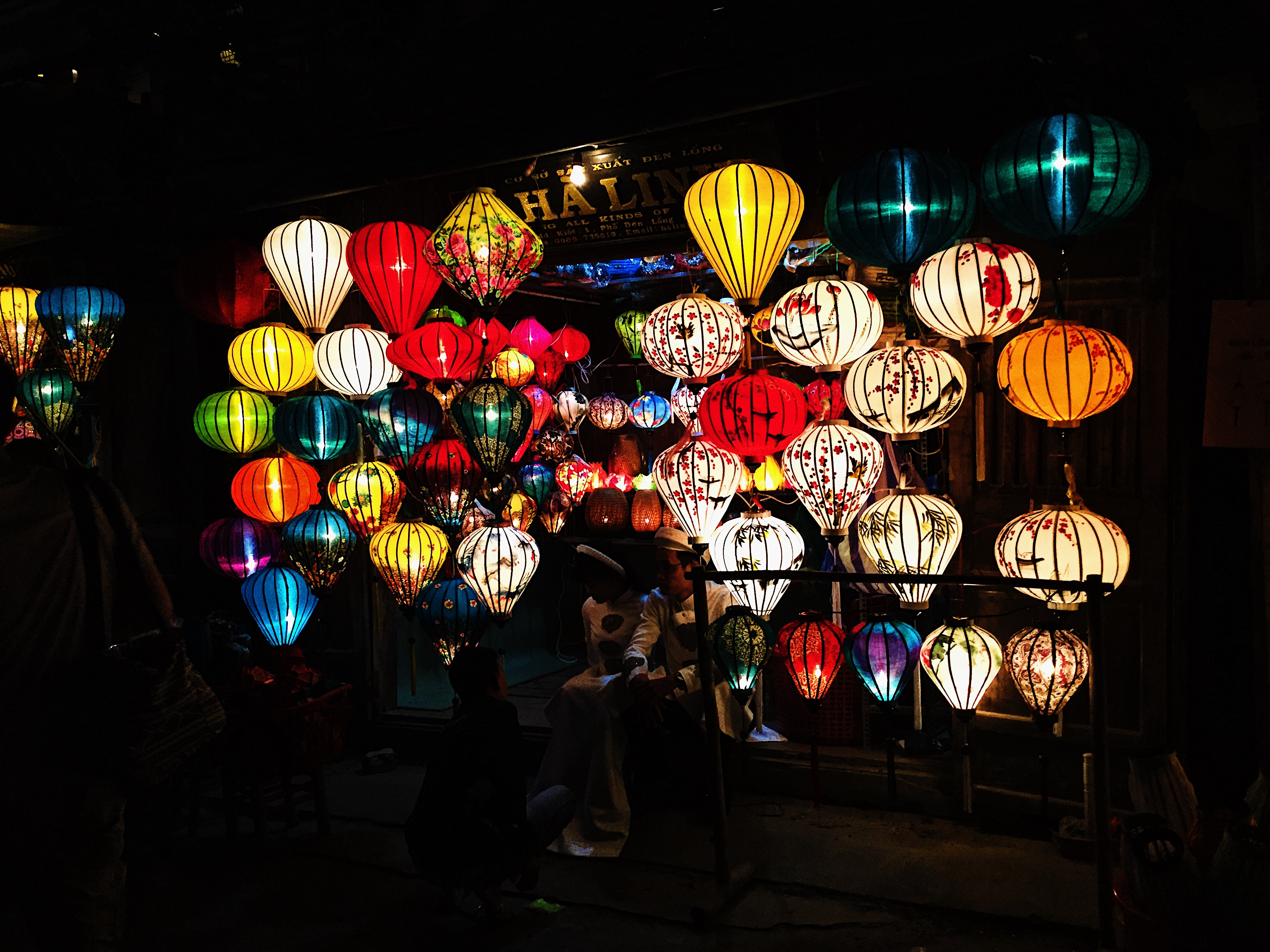 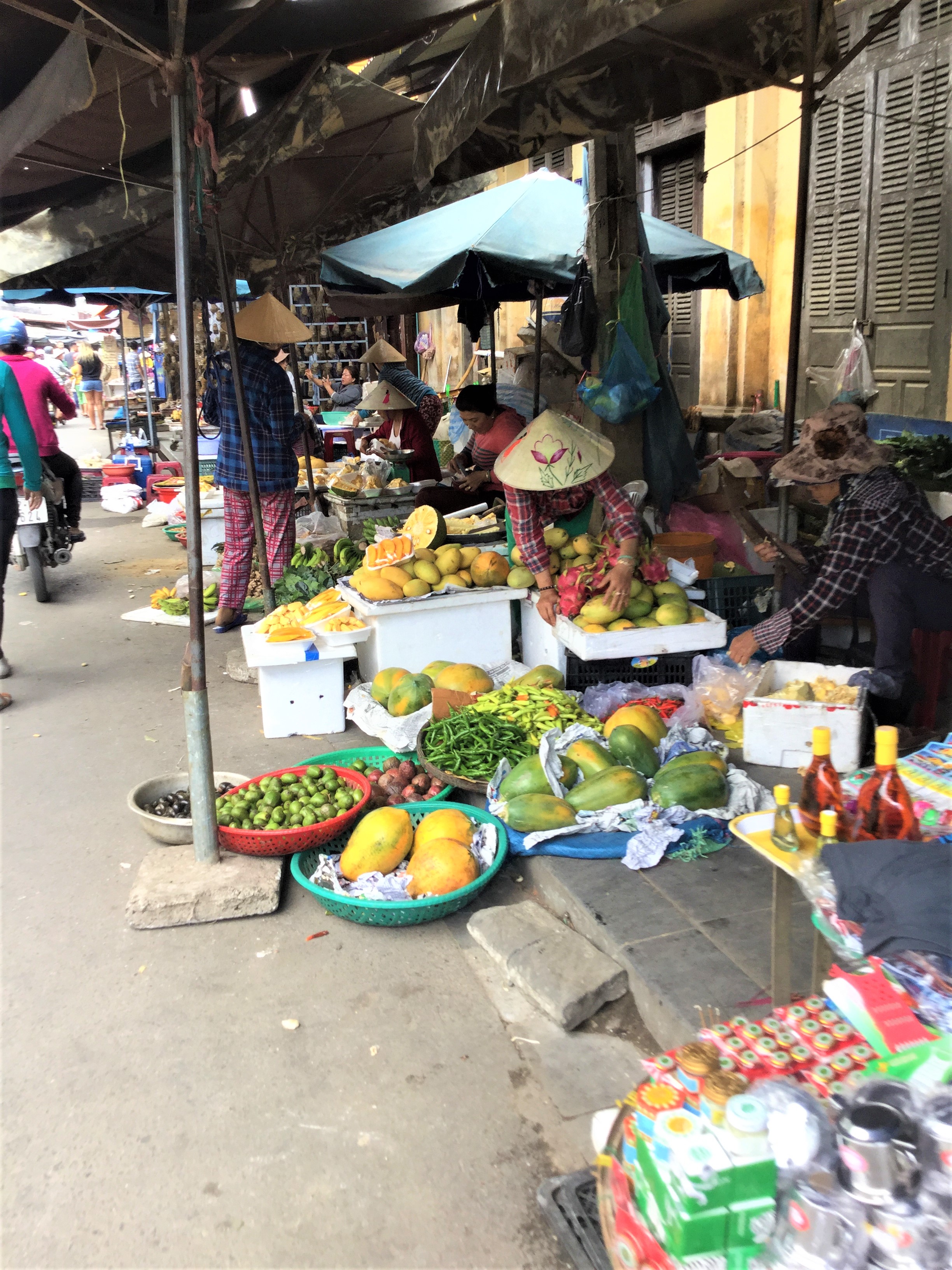 I really loved my time in Hoi An and it was nice to finally unwind after travelling for over a month and just soak up the atmosphere. If you’re going to Vietnam I’d definitely recommend that it goes on your itinerary!

Have you ever been to Hoi An? Or are you thinking of going? Let me know what you think!!