To be truthfully honest I didn’t have high expectations of Kep. My real aim was to make my way to Kampot but we decided that we may as well spend a night in each place, and I’m really glad we did. Although it is just a little fishing village, the atmosphere here is really chilled and it was a nice change to the hustle and bustle of Phnom Penh. We got a minibus from Phnom Penh to Kep using Cambodia Post which was really comfortable and a nice change the huge sleeper buses we had been using in Vietnam.

I actually think this was the best place we stayed in for the entirety of our trip around SEA. We stayed in Khmer Hands Bungalows, which were basically fancy tree houses and it was honestly so cool. I was a little bit scared of the creepy crawlies but never actually had an issue with any and we had a mosquito net to sleep under so weren’t eaten to death at night. One night in a Deluxe Double bungalow with balcony cost us £15 which for £7.50 per person is not bad at all! It was a little out of the way but it was close to the Crab market and only a couple minutes to the beach by tuk tuk. You can hire bikes and motorbikes here too if you’re looking to go and explore on your own. 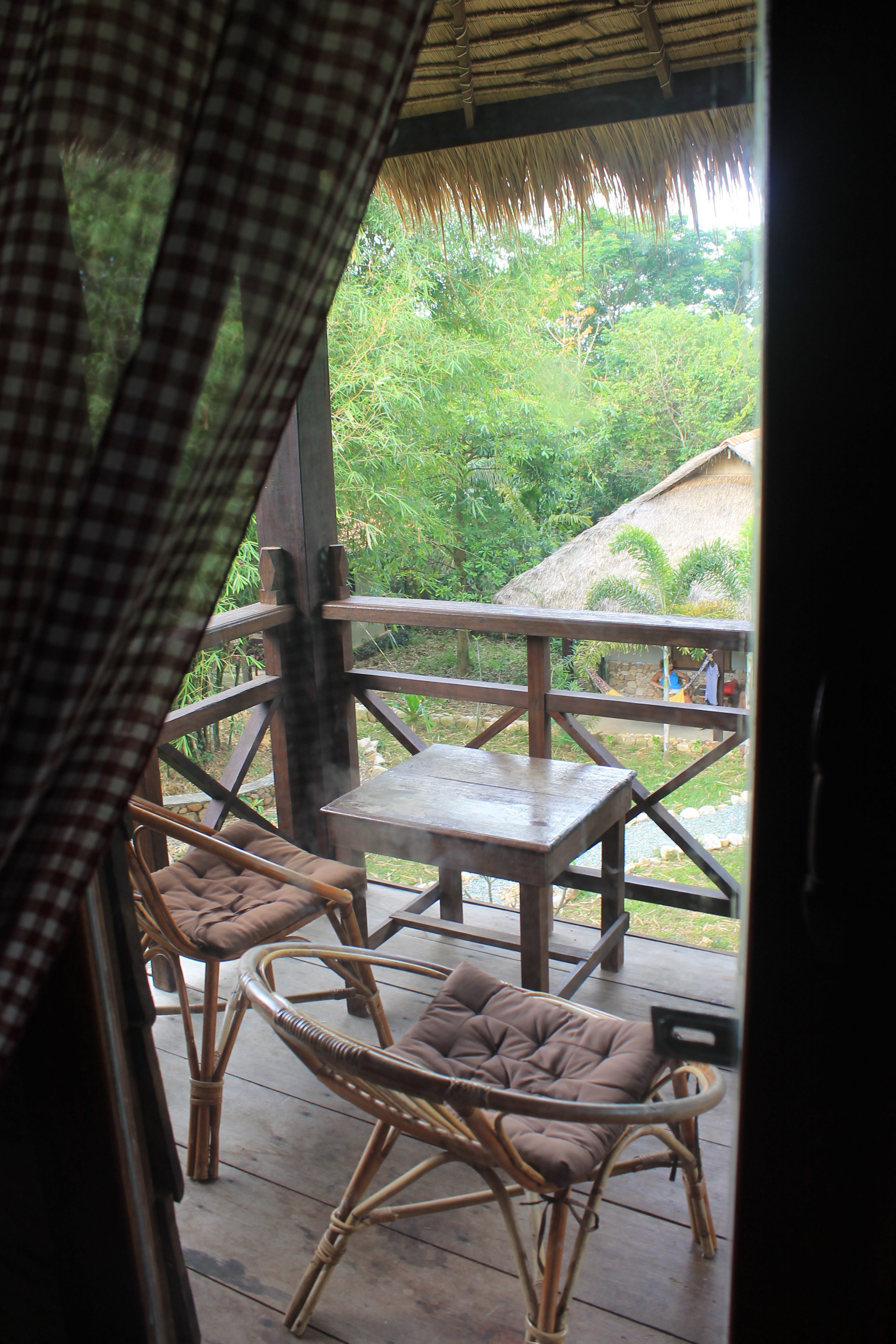 We had dinner there that evening and breakfast the next day and the food was also really good. I tried some of the famous Kampot black pepper in a curry dish and had pancakes and fruit for breakfast!! 100% worth getting up early for! 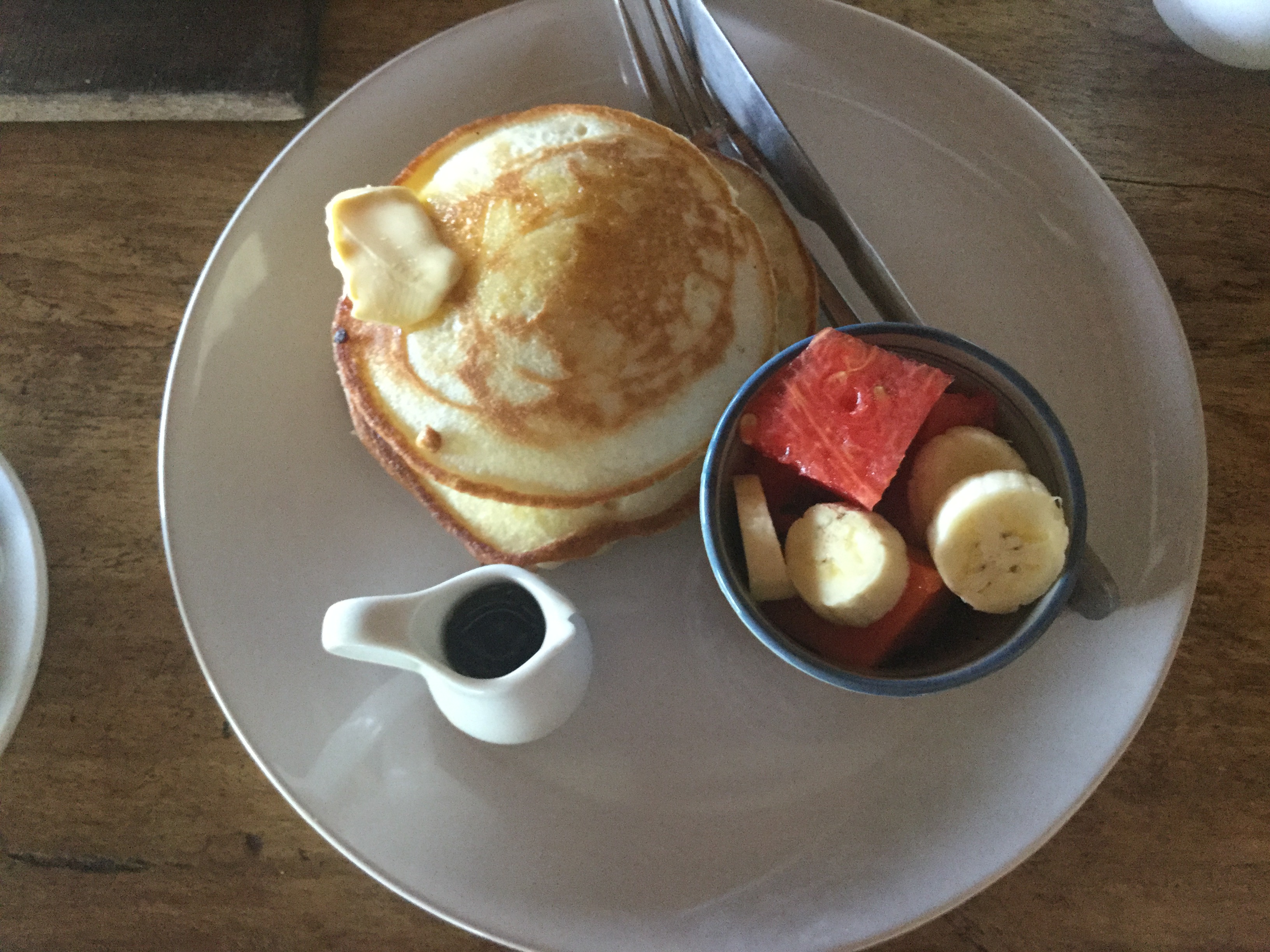 There isn’t really that much to do in Kep other than relaaax. It’s so close to Kampot that you can kind of combine the two places, but I definitely think it’s worth visiting both as they are quite different.

I spent most of my time in Kep on the beach. It’s quite small and not perfectly manicured but appeared quite authentic as there were lots of locals rather than just bucket loads of tourists. The sea was so warm and calm, literally perfect for having a quick dip or a swim in. It was nice just to lie in the sun for a bit and chill. A lot of my time in SEA was spent rushing from one sightseeing attraction to the other so it was nice to just take a bit of time out, have a beer and soak in the atmosphere. 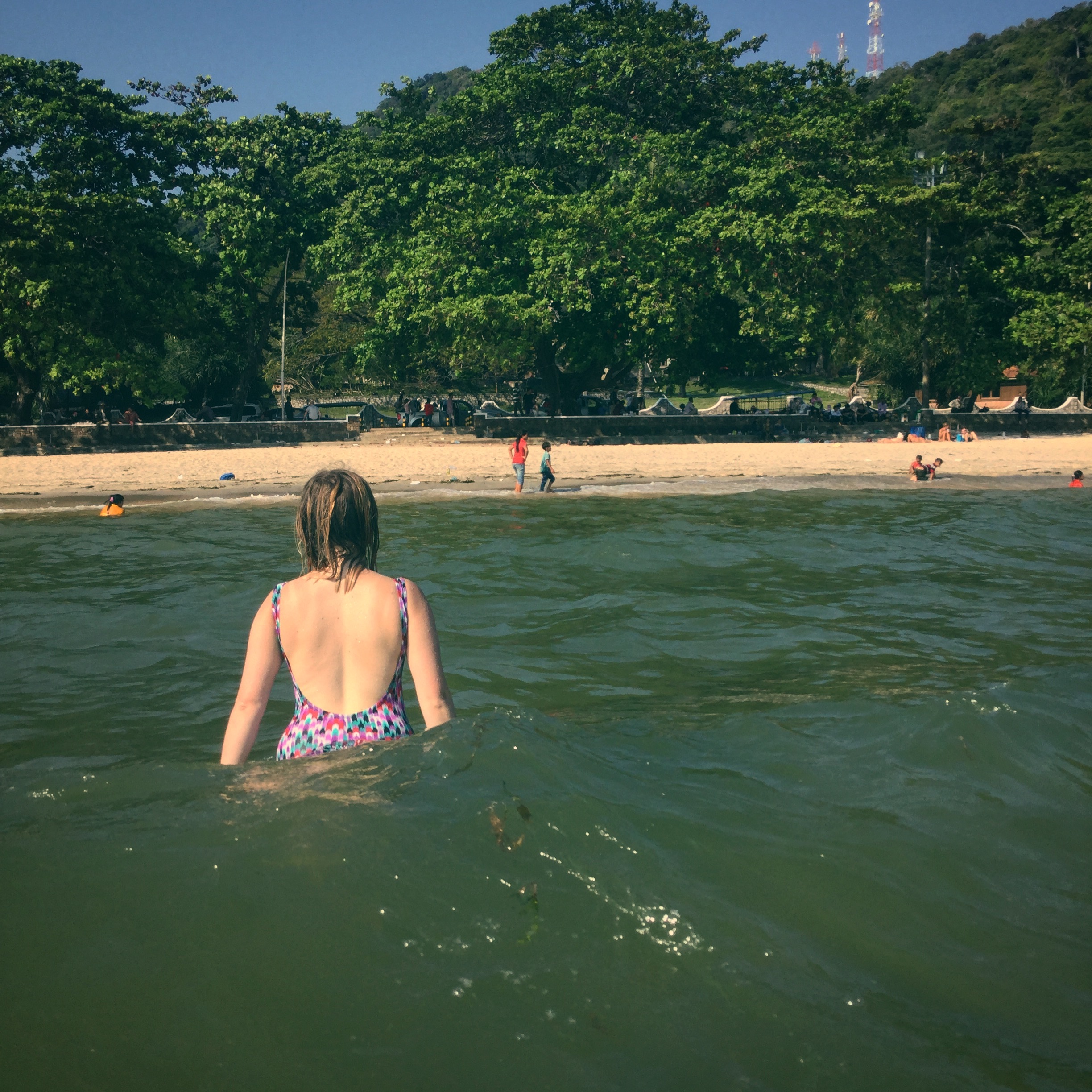 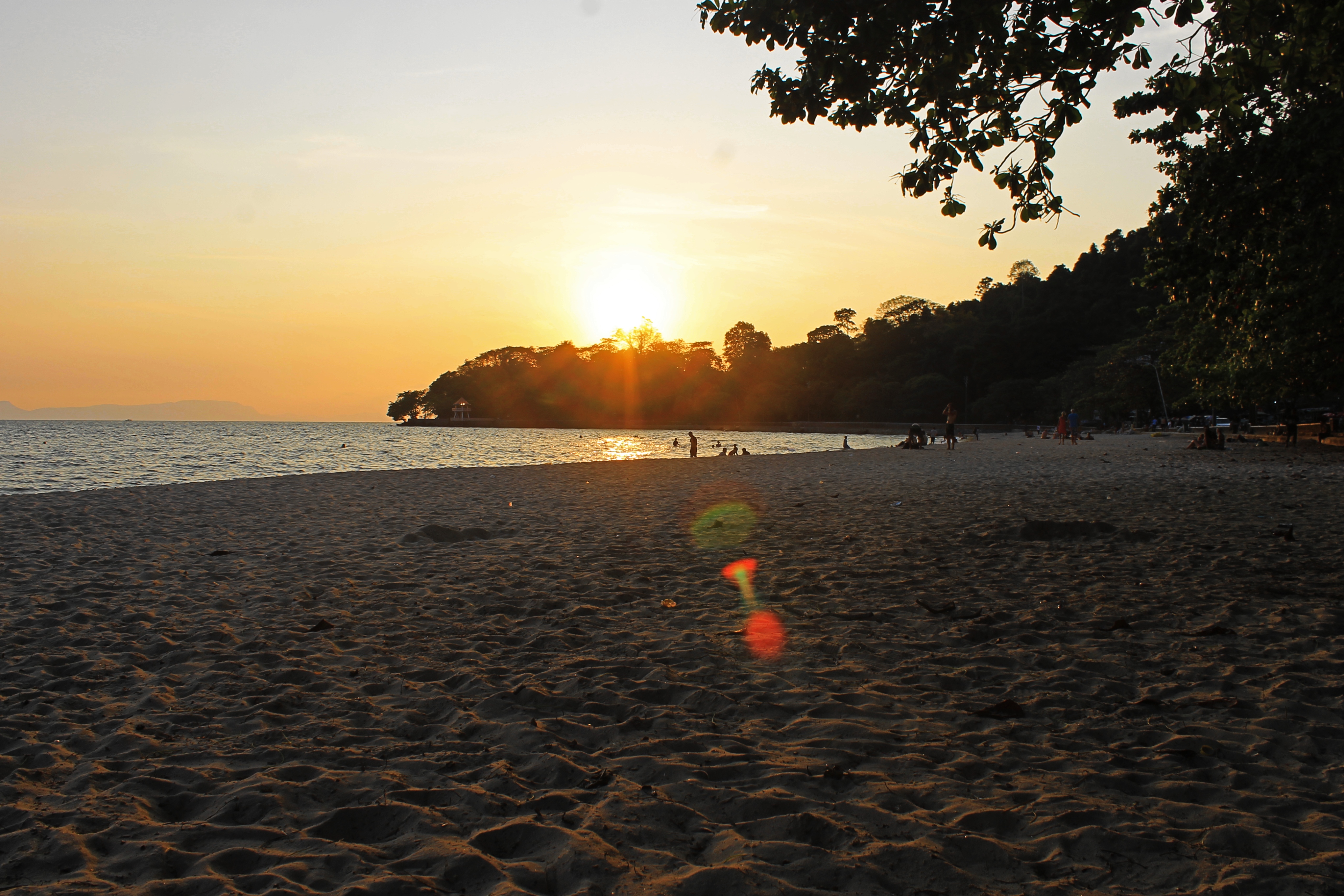 If you want to explore a bit more of Kep, go along to the famous Crab market. Kep is best known for its crab meat, although due to this I’ve heard that there’s actually been a lot of over fishing, and so I didn’t actually try any crab. But I did visit one of the nearby restaurants and had a very good fried rice with prawn, served in half a pineapple non the less, who needs a plate? 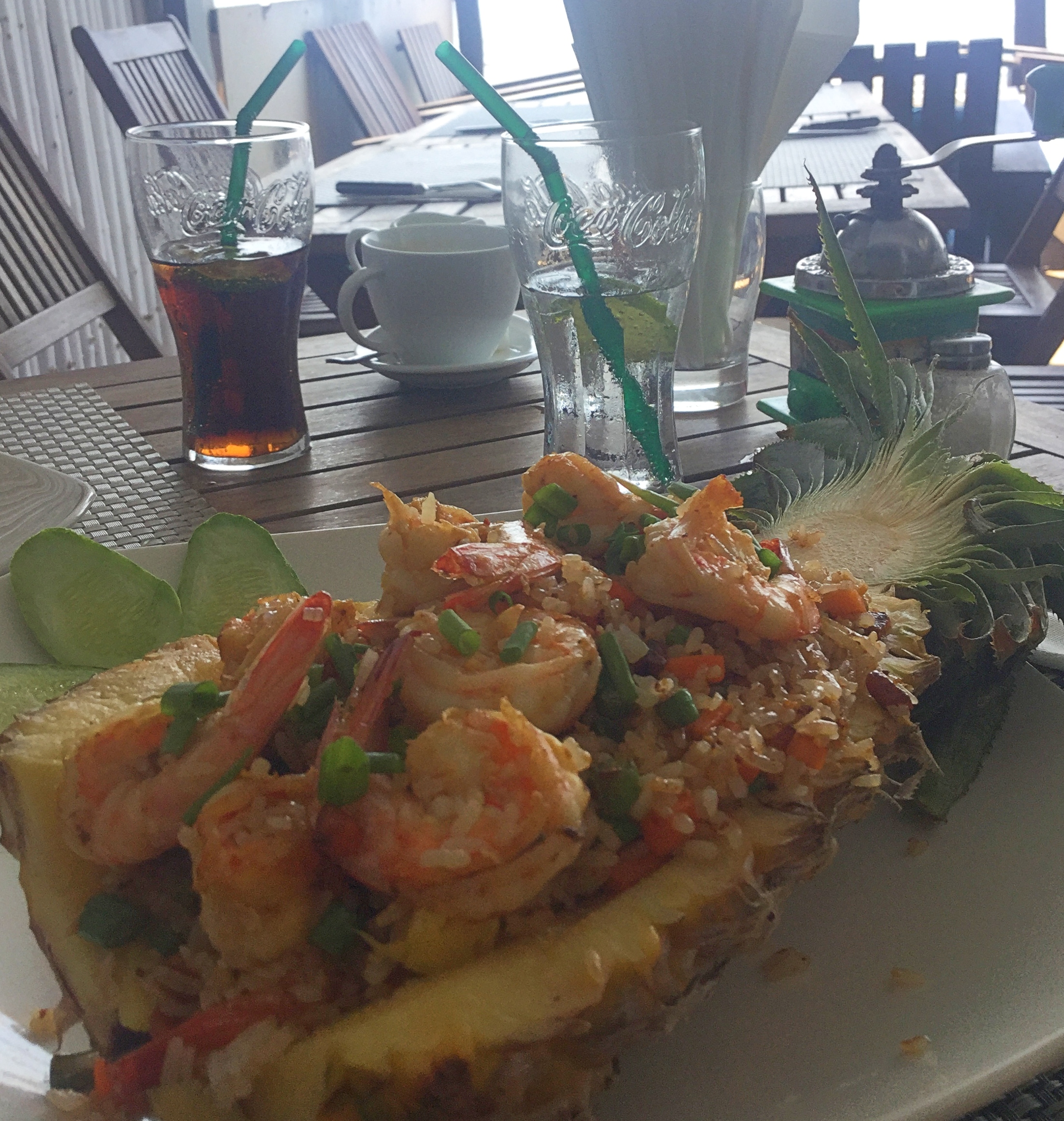 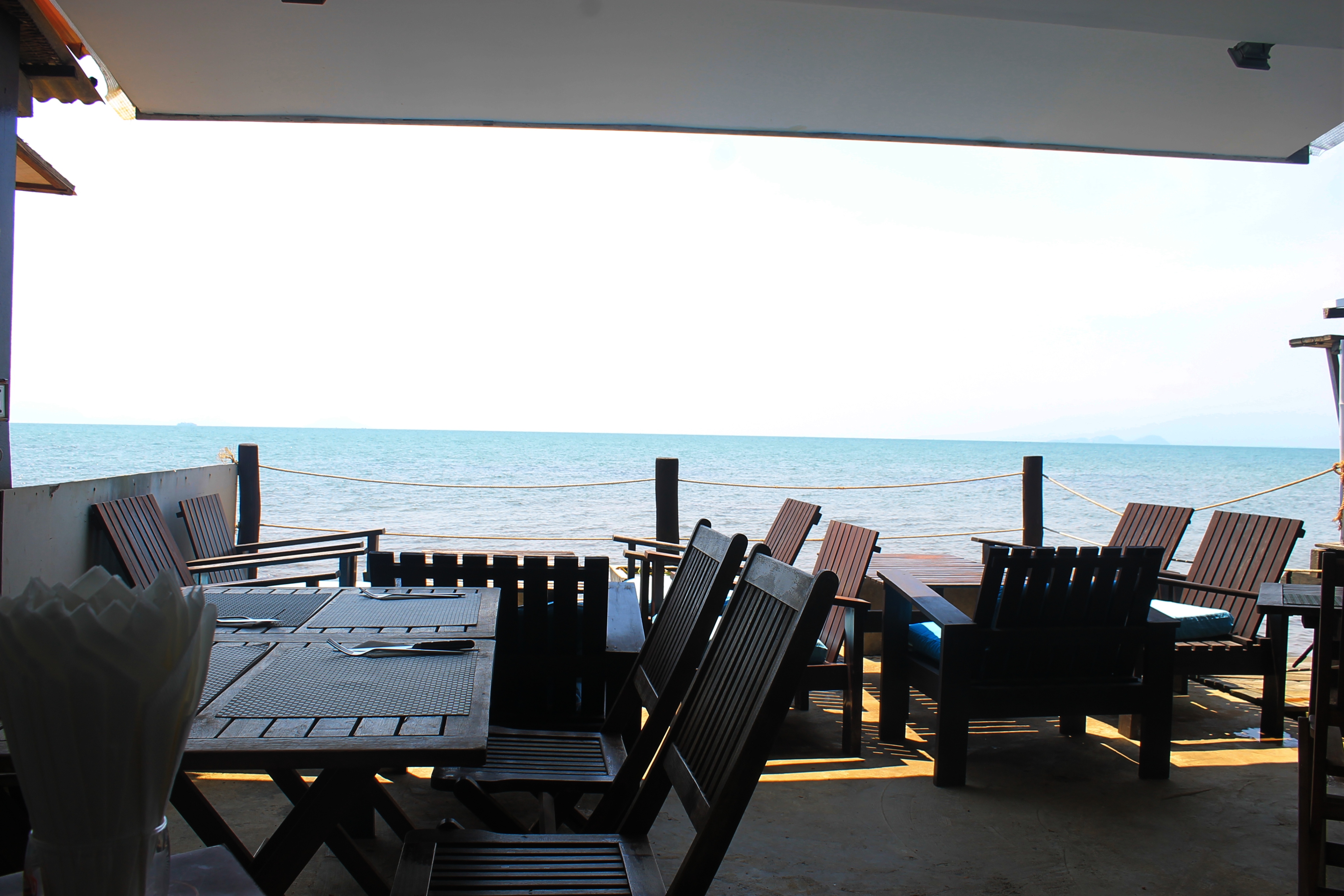 The crab market itself is cool to have a look around and there are lots of stalls inside where you can try different fish or watch the catches come in. It is all under a canopy which means you’re protected from the shade but all the smoke from the cooked fish gets trapped under it which makes it a little hard to see! But it’s definitely worth having a look around even for just a little while before you go get a bite to eat. 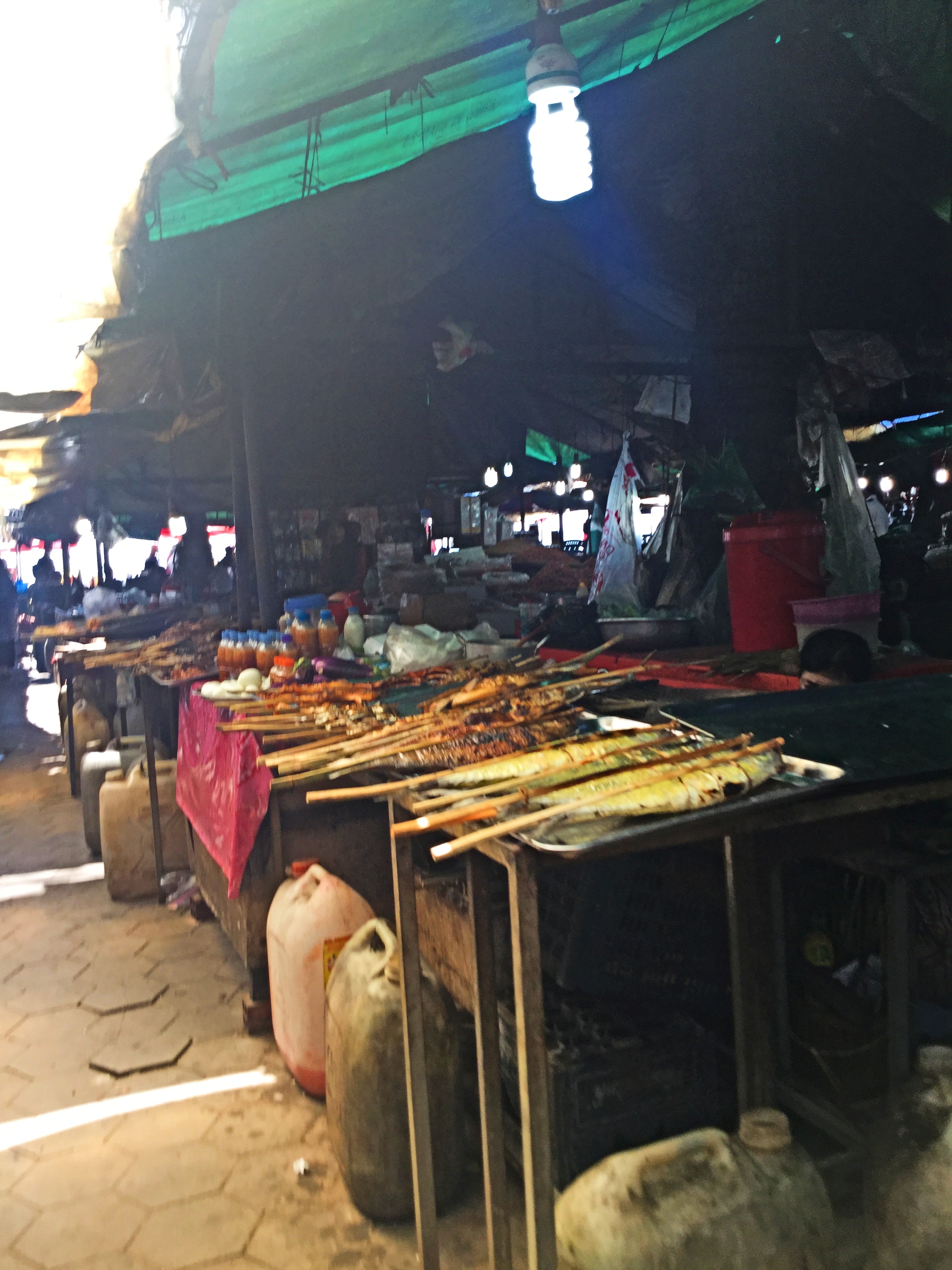 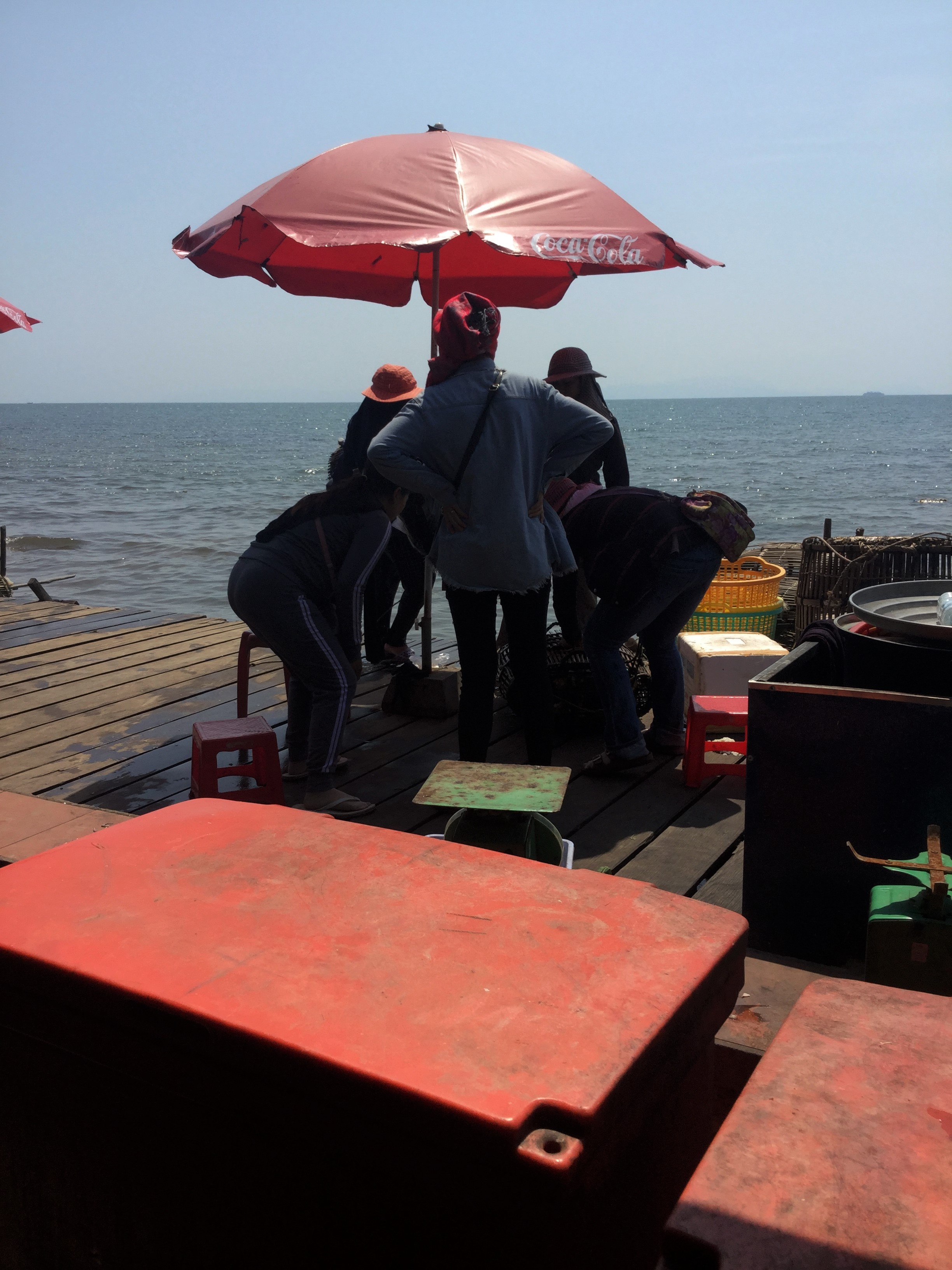 Walk along the coast

There is a really nice walk from the crab market to the beach so if you’re feeling a little fidgety this could be a nice alternative to lying down and getting a tan. It doesn’t take very long and just follows the coastline which means there’s a nice breeze! 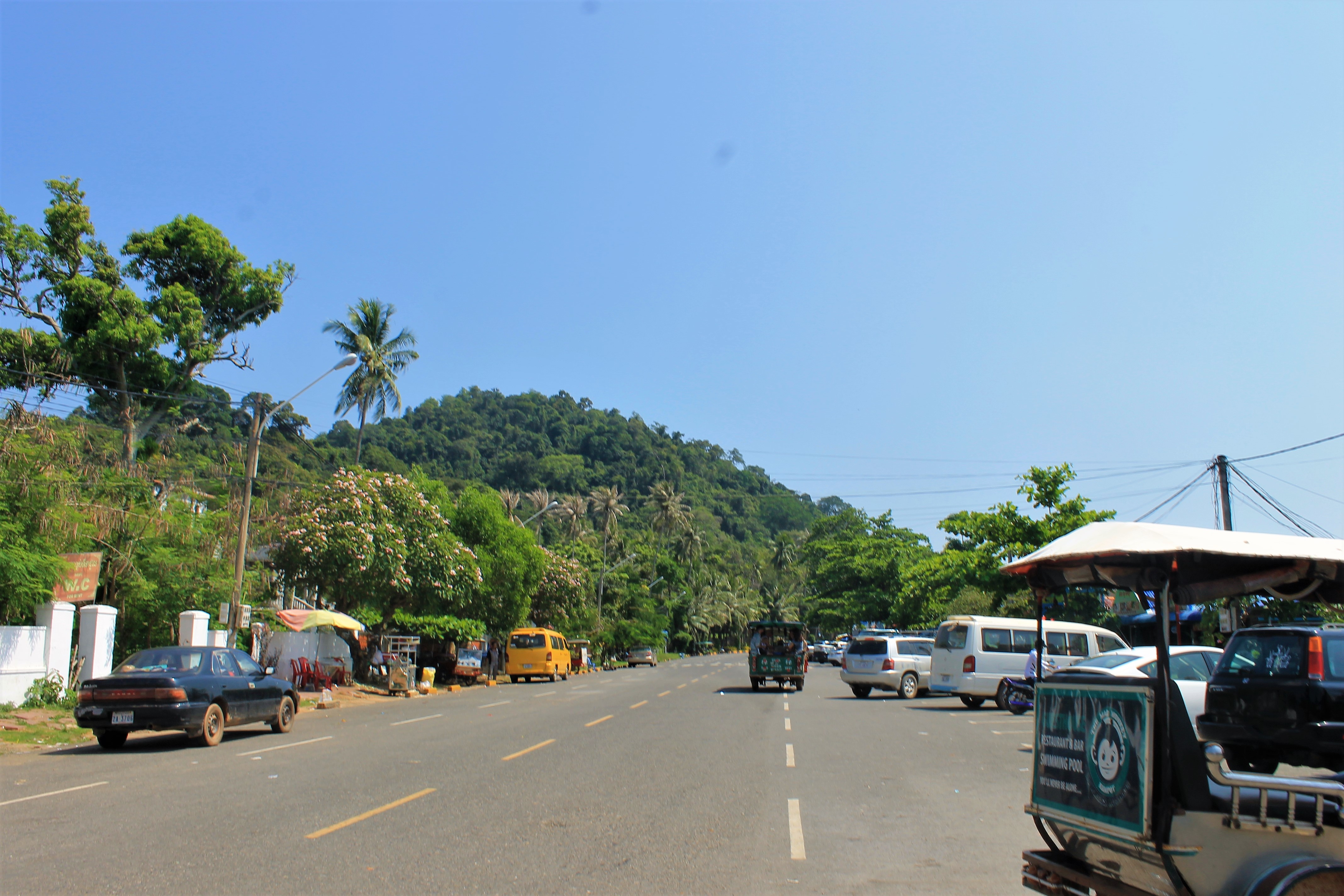 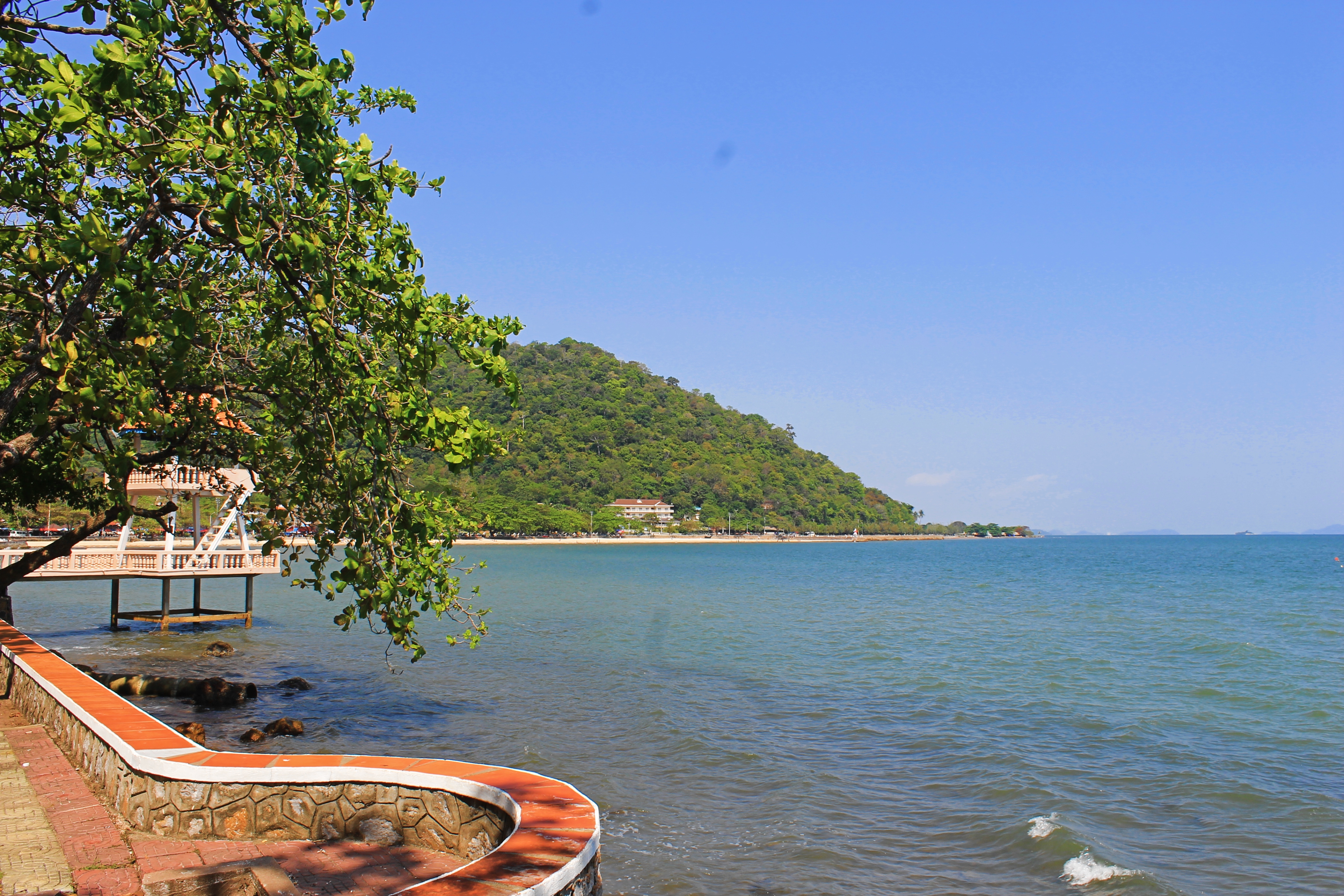 If you’re looking for a little more adventure there are also lots of jungle trails in Kep national park to explore, but we didn’t have time to, plus it was 30+ degrees and I don’t actually do that well in the heat! According to TripAdvisor Reviews there are some nice hikes so for the more adventurous of you there is something else to do in Kep other than just lounge around on the beach! 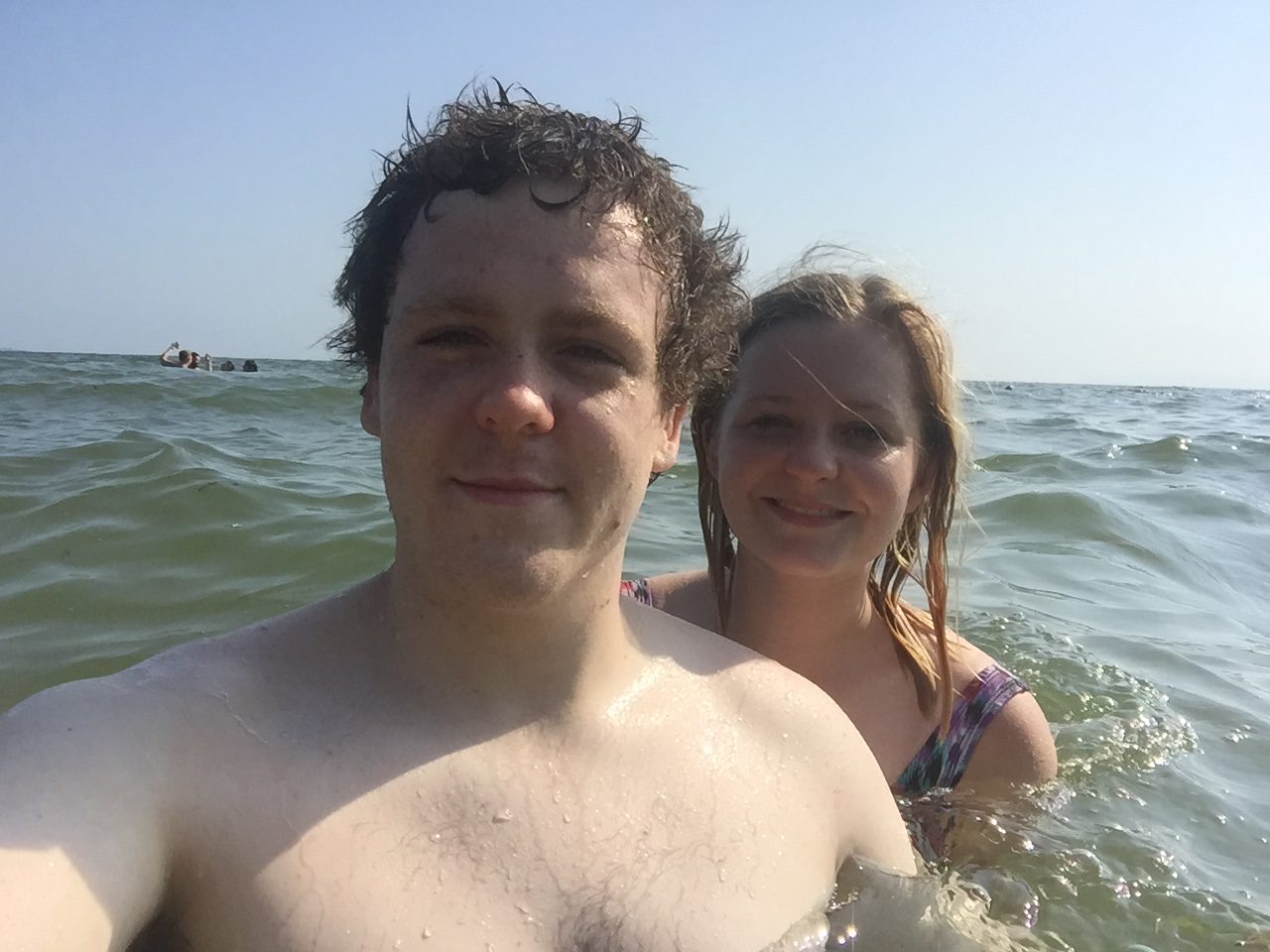 I really enjoyed my stay in Kep and I’m really glad I came for the day as I was very close to skipping it altogether. I’d highly recommend visiting Kep, although you really only need a day, just to experience another side of Cambodia that is really quite peaceful in comparison to the image that you may conjure up when you think of it.

Have you ever been to Kep? What are your thoughts?