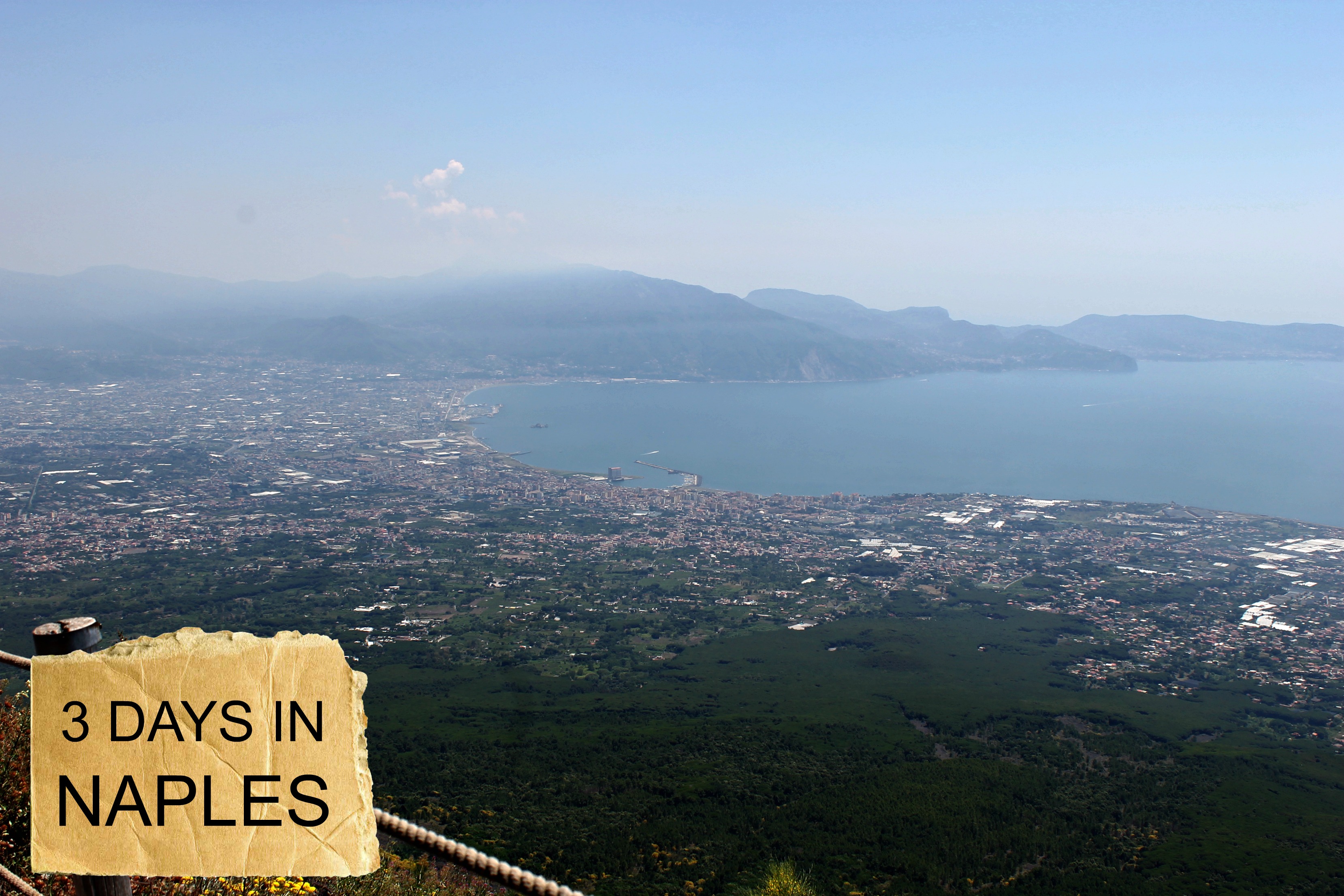 Our last stop on our tour of Italy was Naples. This was perhaps the place I was most intrigued about, as I had heard mixed reviews. However, I found that it was the most ‘real’ city that we visited in the sense that it was not what some would find aesthetically pleasing, but it was definitely very welcoming. We originally planned to stay in a hotel called Maison du la Rua, but after getting there we were greeted by one of the owners, who told s that we had booked an economy room with no window, but that he would transfer us to a room with a window in another of their B&B’s for no extra charge. So, we actually ended up staying in Maison du la Metro, which was nearer to the historical center of Naples. This B&B was the most modern place we had stayed in yet, and very well decorated.

After arriving at our accommodation, we set off in search of some lunch, and decided what better to celebrate our arrival than some Neapolitan pizza!

We had a walk towards the seaside, and managed to go in completely the wrong direction and get lost among a fish market. However, I quite enjoyed walking around the area which was not specifically meant for tourists and had lots of local people shopping and selling their goods. When we finally got to the sea, we had a little sit on the rocks and relaxed for a little, taking in the view. Despite the lack of beach and the numerous boats, there were a few people swimming in the sea but we didn’t really fancy it.

On our second day in the South, we took a day trip to Vesuvius and Pompeii. We took the circumvesuviana regional train from Naples to Pompei Scavi for around 2 euro each way. Once we arrived in Pompeii, we bought tickets from a booth just outside the station to go up to Vesuvius. For 22 euro, we got transport from pompeii station to the base of vesuvius, and then a 4×4 transfer up to the top of the mountain, and then entrance to the summit. The views from the top of the volcano were stunning, and there were English guides there to explain about the craters if you wanted to listen. There were also some local men selling wine and liquor, and so we treated ourselves with some home brewed limoncello, bellissimo!

After the bus took us back to Pompeii, we walked around the vast ruins of the city. Entrance cost €7.50 The site was far larger than I imagined it was going to be, and the preservation of some of the murals and paintings was very impressive.

We returned to Naples for dinner, where we went to a little restaurant near our hostel called La Stanza del Gusto. The food here was fantastic, and very different to any food we had had so far, a little more fine dining, than the traditional italian food that was on the menu at many places. I had battered cod served with peppers, and Marcus had chicken, with orange mash potato. For dessert we had ‘birramisu’, a different take on the classic tiramisu, and to say that I don’t actually like beer it was delicious!

On our third day in Naples we decided to explore the historic side of the city. In the morning, we set off to explore the Catacombs of San Gennaro, which took around 20 mins to walk to from our hotel, through quite a poor neighborhood which we learnt more about when we got there. It cost 8 euro and it was very interesting to lean not only about the catacombs themselves, but also a bit more about Italy’s history and more specifically the history of Naples.

After, we went to the National Archaeological Museum of Naples 9 euro which featured some very interesting statues and paintings, and a rather strange room full of phallic imagery…

For dinner, we went back to the center, stopping to have a look inside the Cathedral first, and decided to try one of Naples culinary delights – deep fried food or Cuppetiello. We got ours from a place called La Passione di Sofi in the center. Marcus had the seafood selection, and I had the ‘terra’ cone, mistakenly thinking that this would be vegetarian. As a result of my lack of asking, I had to get Marcus to test each piece to see if it contained meat before being able to eat it. In saying this, I did thoroughly enjoy the bits that I was able to munch on, with the deep fried peppers being one of my favourites.

Our last full day in Italy was spent on the Amalfi coast, which will be continued in the next post.

All in all, after some initial doubts I found that Naples one of my favorite places that we visited. The people were perhaps the friendliest that we had come across, and although some may be put off by the city’s rough and ready appearance, I found that this merely added to it’s charm. I would urge anybody thinking about visiting Naples to go, it is well worth a visit.

What are your experiences of Naples?