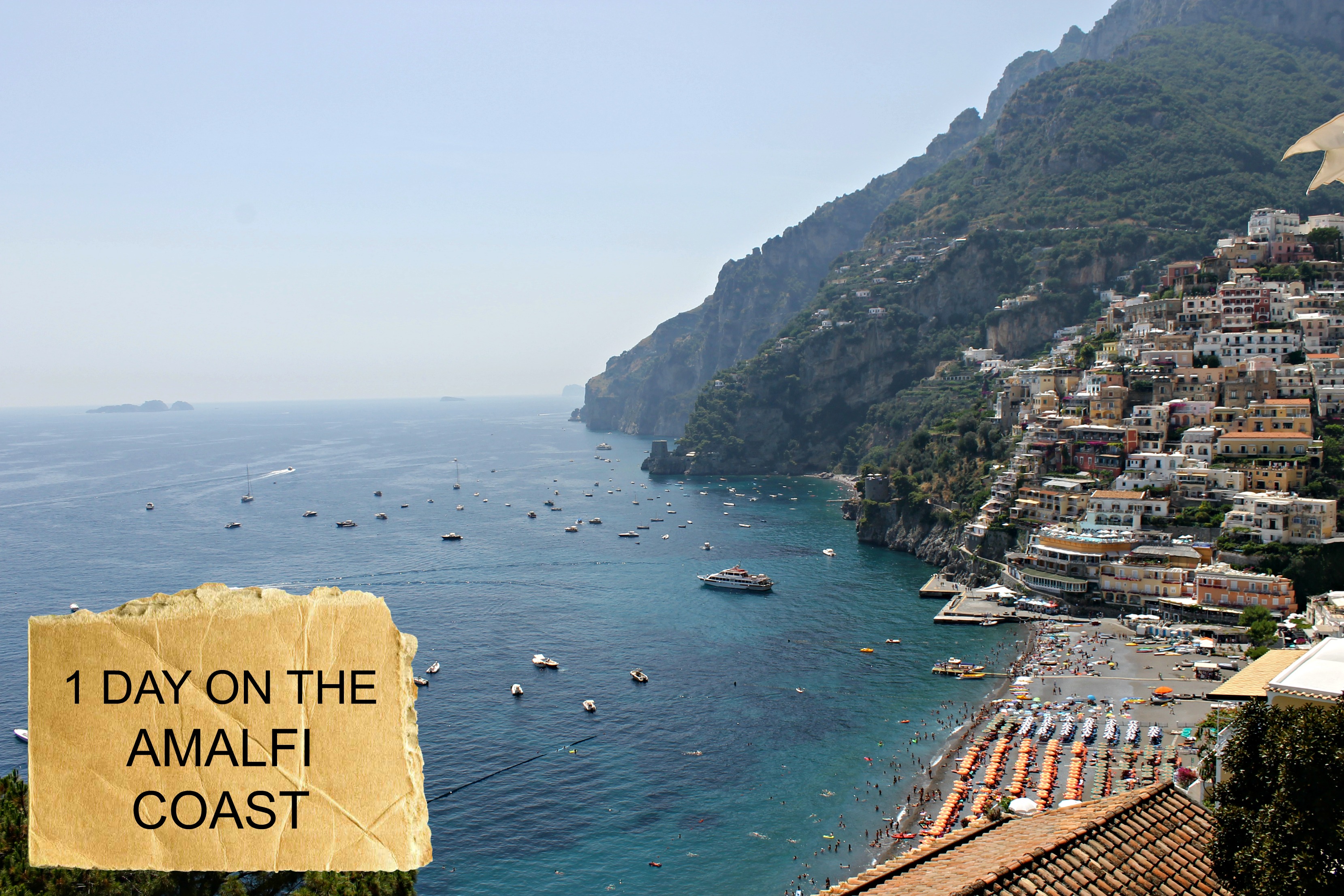 On our last day in Italy, we decided to take a day trip to the Amalfi coast. We first got a circumvesuviana train from Naples to Sorrento (approx. €3.50), which, for some unknown reason as announcements were in Italian, took nearly 2 hours. From there, we bought a 24 hour Sita Sud bus ticket for €8 which allowed us to use it as many times as we wanted on that day, with our first stop being Positano. The bus ride is not for the faint-hearted, as it follows the cliff edge, with nothing but a little metal barrier to stop the bus toppling into the ocean below, and is very slow moving as the bus cannot get around the twisty roads quickly, and cars have to wait for it to pass around corners as they both cannot fit at the same time.

Despite the long journey, when you first step off of the bus and take in Positano, it takes your breath away. We were starving by the time we got there, so we sat down at the nearest restaurant we could find to have some lunch. I have to say, there aren’t many better views than the one we had whilst eating our lunch.

After we were fed, we walked down the winding streets to the beach, and once there sat on the boiling pebbles and took in the beauty. I had not thought to bring my swimming costume, as I thought we would be doing more walking rather than relaxing, but I wish I had as the sea looked lovely, and would have been gratefully received due to the soaring temperatures.

After, we walked back towards the bus stop, and on the way bought some limoncello, after all, you can’t come to the place it’s made and not get any!

Our next and final stop on the Amalfi coast was it’s namesake, Amalfi itself. We hopped back on the SITA sud bus and travelled about another half hour to get there. At this point, Marcus wasn’t feeling too well, and so when we arrived we bought an ice-cream and sat on one of the piers for a while. After, we walked through Amalfi and had a little look in some of the shops. I have to say, out of the two places that we visited on the Amalfi coast, Positano was more picturesque and peaceful than Amalfi, and knowing what I do know I would have gladly spent the day in Positano rather than travelling the extra.

Due to the lengthy journey we had to undertake to get back to Naples for the night, we left Amalfi at around 6 o’clock, and got the train back from Sorrento. All in all, our day on the Amalfi coast was lovely, although I wish we had either more time or had planned more efficiently, as I’m sure there is much more to do in these places, and I would have liked to do one of the hiking trails. Hopefully some time in the future I will be able to come back and see more of this perfect little coast line. The next day we traveled back to England, having had an unforgettable time in this beautiful country. I would love to come back to Italy and explore some more of it’s picturesque towns and try some more of it’s exquisite food!

What was your favourite place on the Amalfi Coast? Or are you planning on going some time soon?