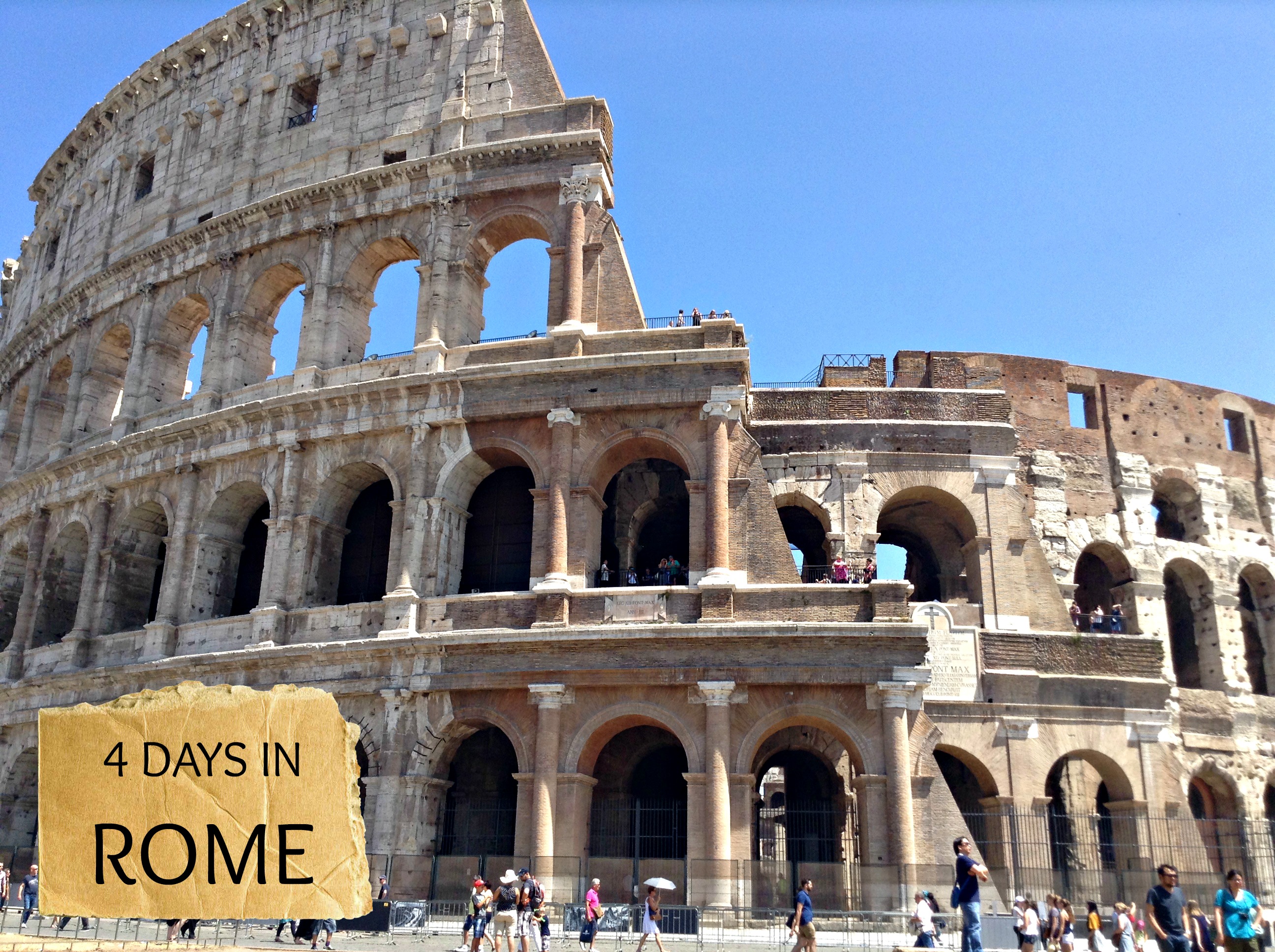 The third stop on our Italy adventure was Roma, the capital. We stayed in the Termini area, in a hotel called Auditorium di Mercenate. When we were first walking to find the hotel, I was a little bit wary as I had read online that this area wasn’t the best and so I wasn’t sure what to expect. However, when we finally found the hotel, which was located on the third floor of a big apartment building, we were nicely surprised. The room was spacious, and the bathroom very modern. To top it all off, our breakfast was delivered to our room in the morning so we could have breakfast in bed!

After settling down and unpacking, we set off to explore some of the city’s delights. About 5 minutes walk away from our hotel, was the stunning Basilica Papale di Santa Maria Maggiore. We didn’t want to go to the Historic centre straight away as we had planned those sights for another day, so we set off to the Villa Borghese to have a walk around the gardens and get a marvelous view of the city.

On our first full day in Rome, we decided to go visit the Roman Forum, Palatine Hill and the Colosseum , as they were only 15 minutes away from our hotel. As we are between the ages of 18-25 and members of the EU (for now) we got discounted tickets and so only paid €7.50 for all three attractions.

For dinner, we went to Trastavere to explore a little more of Rome. We ate in a very small but cute restaurant called Ditta Trinchetti, I had cannelloni and Marcus had a chicken dish.

After, we walked down to the Piazza di Santa Maria, and had some expensive, but very tasty drinks before heading back for the night.

On our third day in Roma, we went to the Vatican City. We first queued to go inside St. Peter’s Basilica, which was breathtaking. For someone who isn’t religious, I was in awe of the grand scale of the church, and standing next to believers who were in tears was very moving. After, we went to the Vatican Museums, but we had to queue for at least an hour before getting in. Even after we had got in it was so busy, we were basically caught up in a crowd moving through the exhibits to get to the Sistine chapel, it was near impossible to stop and have a proper look at the artwork as you were going through. Having said that, it was worth going in to have a look, and if you are a student remember to get the reduced ticket price at €8, otherwise it is double the price. (We just took our UK university IDs and these were accepted)

For dinner, we went to La Base, which is an American themed restaurant and bar but still served Italian food. We had bruschetta to start, and then I had a risotto whilst Marcus had a burger (of course). The atmosphere here was very welcoming, and they also served good wine, and so we had a bottle, then another, then another….

The morning after the night before. Due to drinking a tad too much, the day started off rather slowly. But after freshening up, we made our way out to Centro Storica – the historic centre. Our first stop on the agenda was the Trevi Fountain. Upon stumbling across it, we realised something was going on as it was actually closed due to a fashion show and therefore we had to queue to get in and take a picture.

After, we stopped for some granita, the equivalent of our slush puppy’s, which had quickly become a craving of mine to try and deal with the intense heat while walking around all day. We then walked to the Pantheon, and finally to the Spanish steps.

For our final night in Rome, we went back to the center to have one final meal before heading on to our next and final stop, Naples.

What are you favourite things to do and see in this city?