Hanoi was our first stop in Vietnam, as it is for many others and it definitely threw us head first into Vietnamese culture. Walking five steps out of our hotel we were met with motorbikes zipping past us and locals selling their wares on the street all bundled together with the many tourists. I saw many interesting meats being sold on the side of the street, including chicken feet and a bag of live frogs. Although I don’t eat meat, I did like the fact that none of the animal seams to be wasted in Vietnam, everything is eaten, whereas in the UK a lot of the meat seams to be thrown away. Not very often will you find people eating offal or pigs trotters anymore. 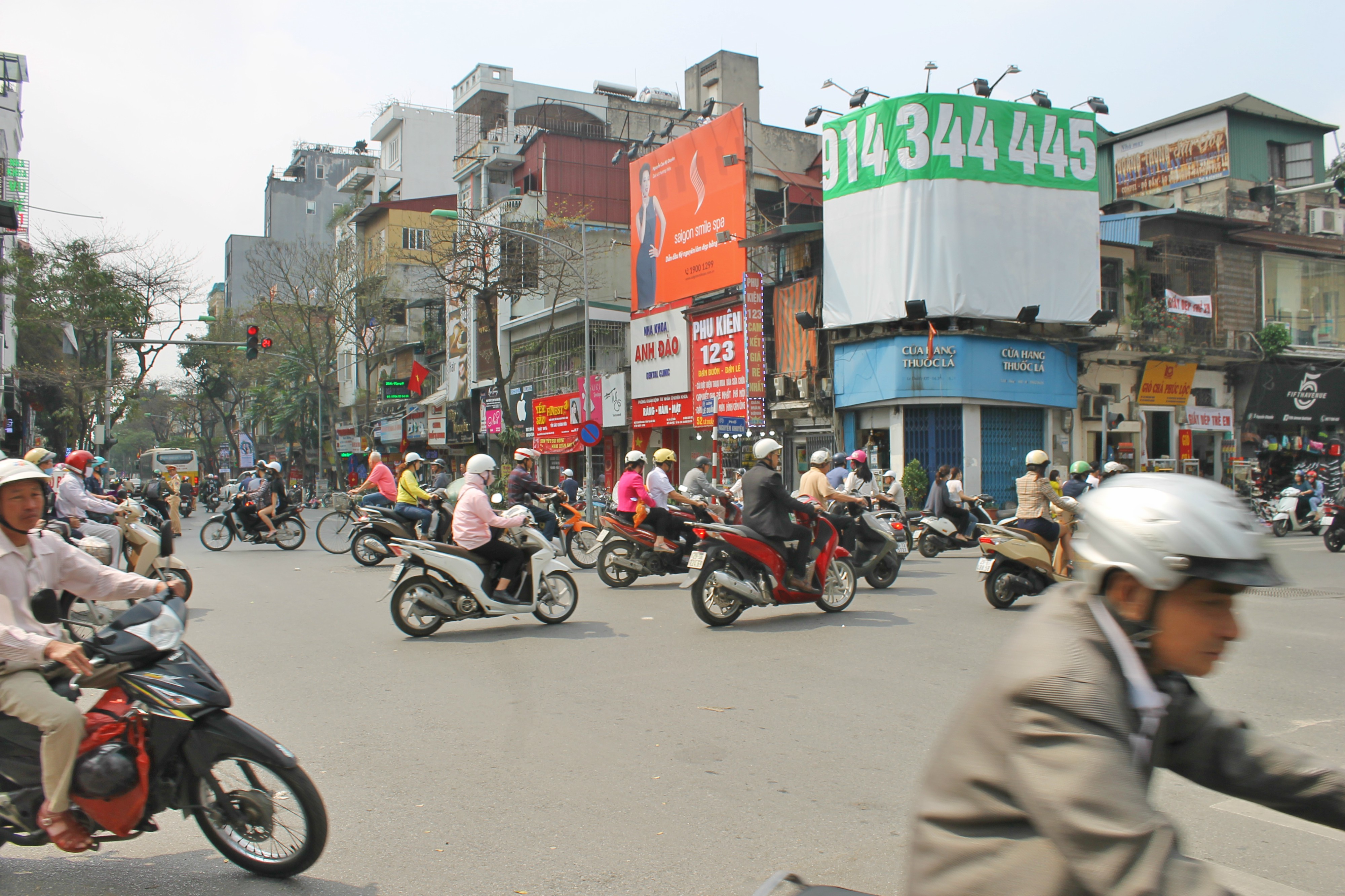 We stayed at Time Hotel which was located really conveniently in the middle of the Old Quarter. From here we could get anywhere easily and were fully immersed in the Vietnamese culture as soon as we stepped outside.

I would definitely recommend staying somewhere in the Old Quarter as it’s very central to everything.

I love getting good and filling food but bargain prices, which is why I liked my meal here. Also in the Old Quarter, I had some really good fresh fish here and would highly recommend stopping by if you’re in Hanoi. 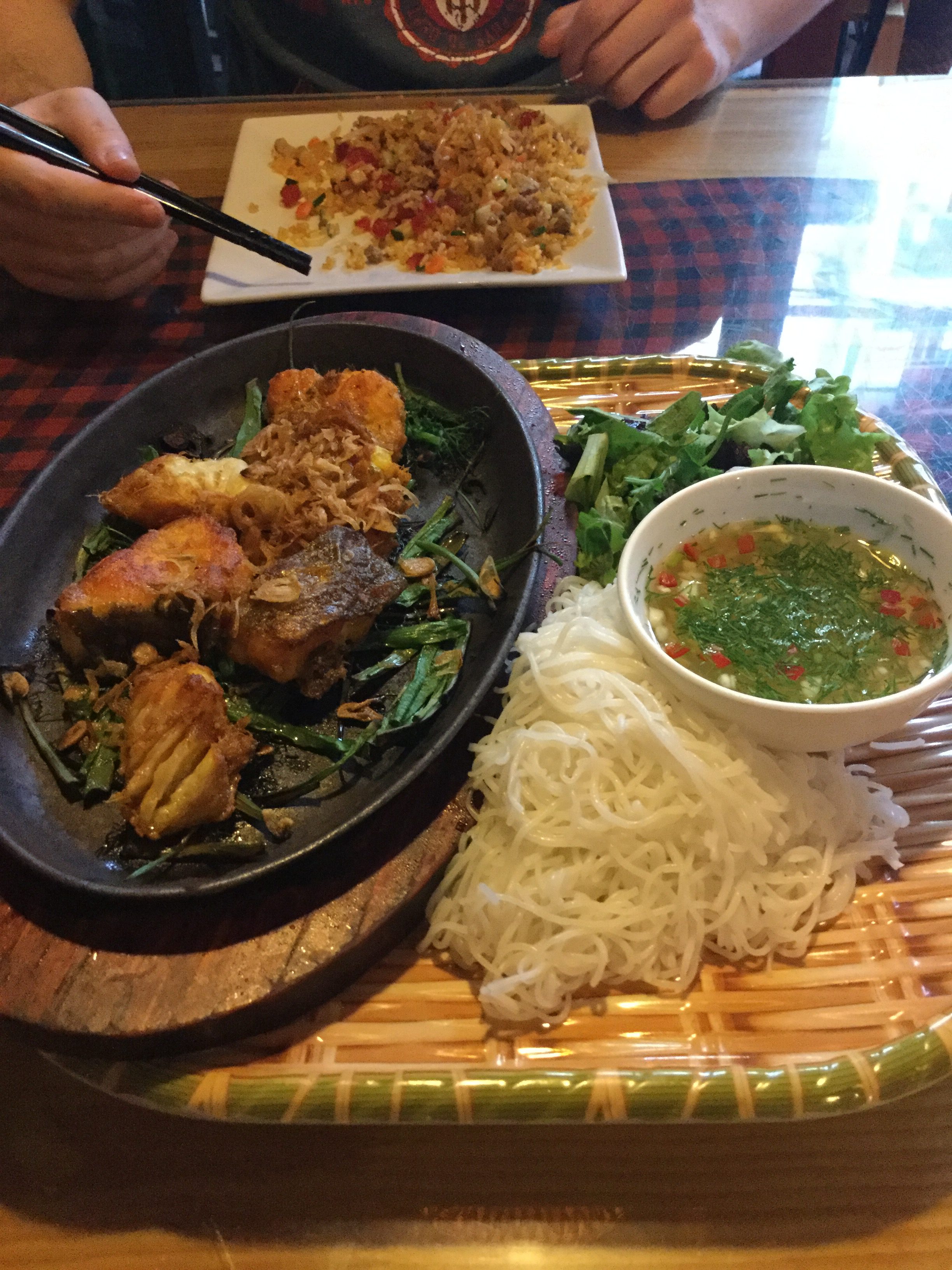 Not an actual restaurant, but something you need to try whilst in Vietnam. The Vietnamese are passionate about their coffee, which was great for me because I LOVE coffee! A Vietnamese coffee is strong espresso served over ice with condensed milk and it’s absolutely delicious, although maybe not so good for the waistline! 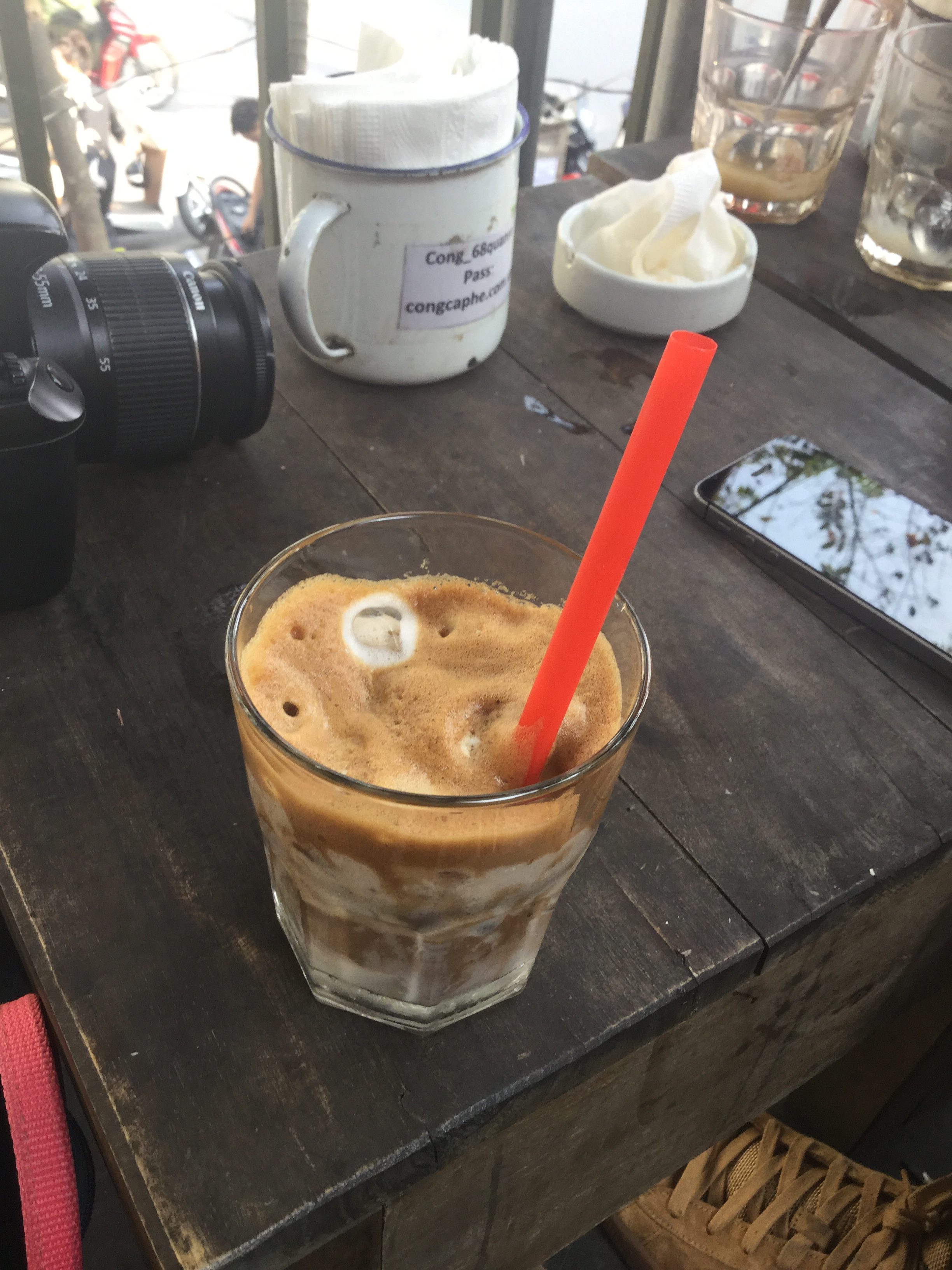 Located conveniently in the Old Quarter, this restaurant serves delicious but cheap food. I had some egg fried rice served with vegetables and cashew news in a coconut! It was delicious and so cheap at only 35,000 VND. 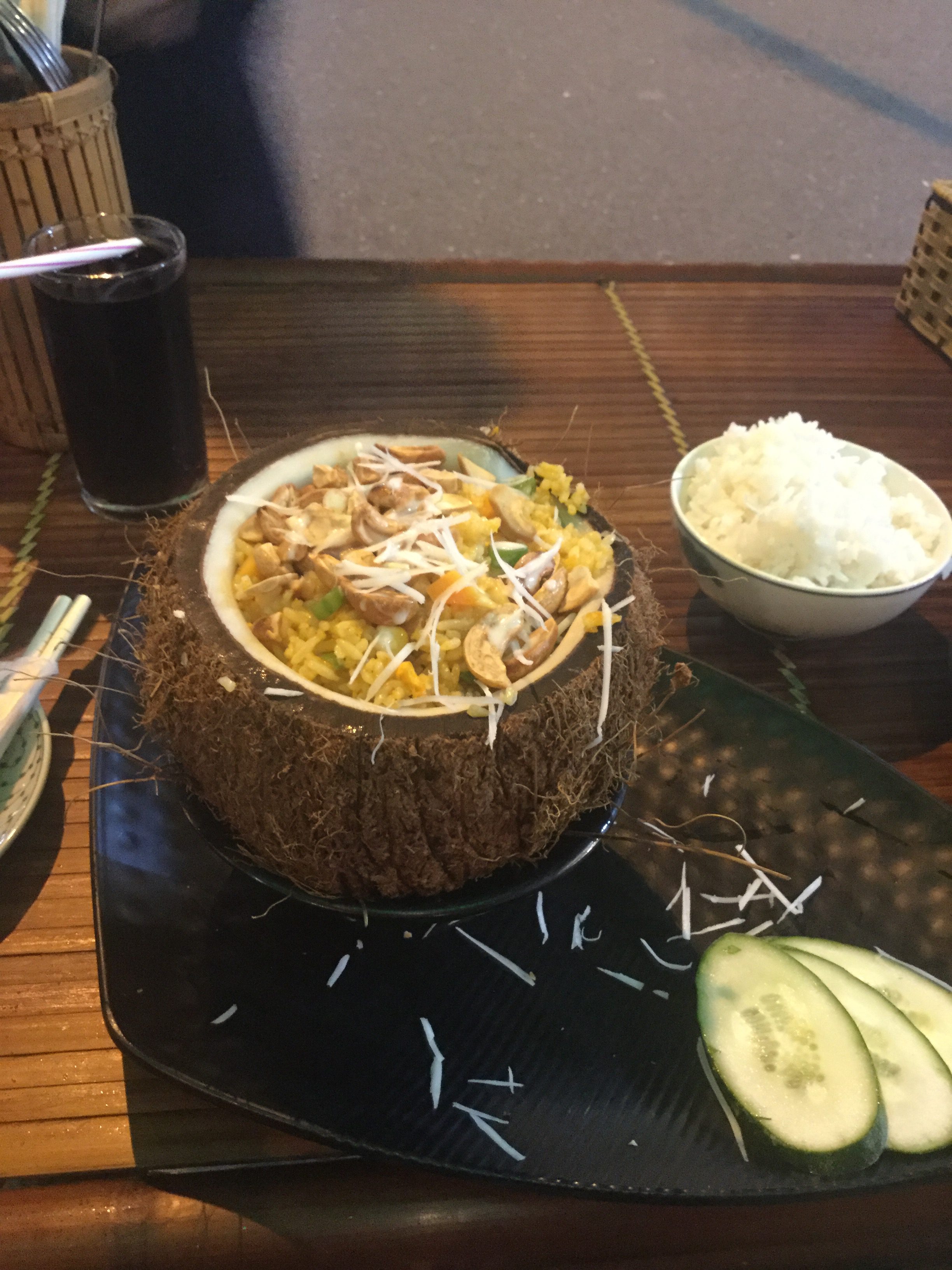 Immerse yourself in the Vietnamese culture by taking a stroll around the Old Quarter. Full of winding roads and lots of motorbikes, the Old Quarter will meet your shopping needs as well as provide you with plenty of places to eat, and perhaps more importantly, drink some Bia Hoi. 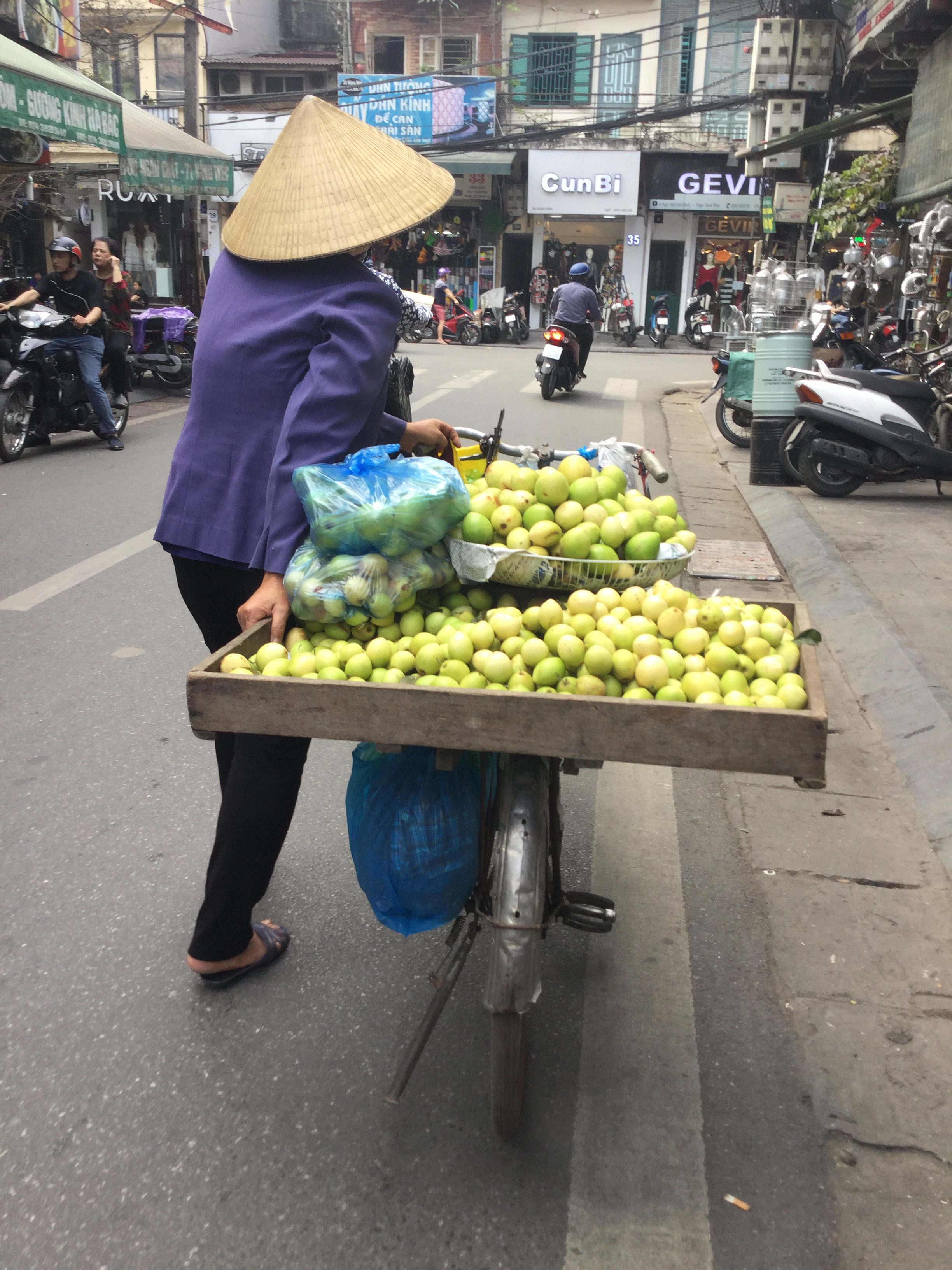 One for the history buffs, Hao Lo Prison is a good little museum which was used by the French colonists in Vietnam for political prisoners, and later by North Vietnam for US POWs during the Vietnam War. Nicknamed the ‘Hanoi Hilton’ by American Soldiers, the museum is very interesting and only 30,000 VND to enter. 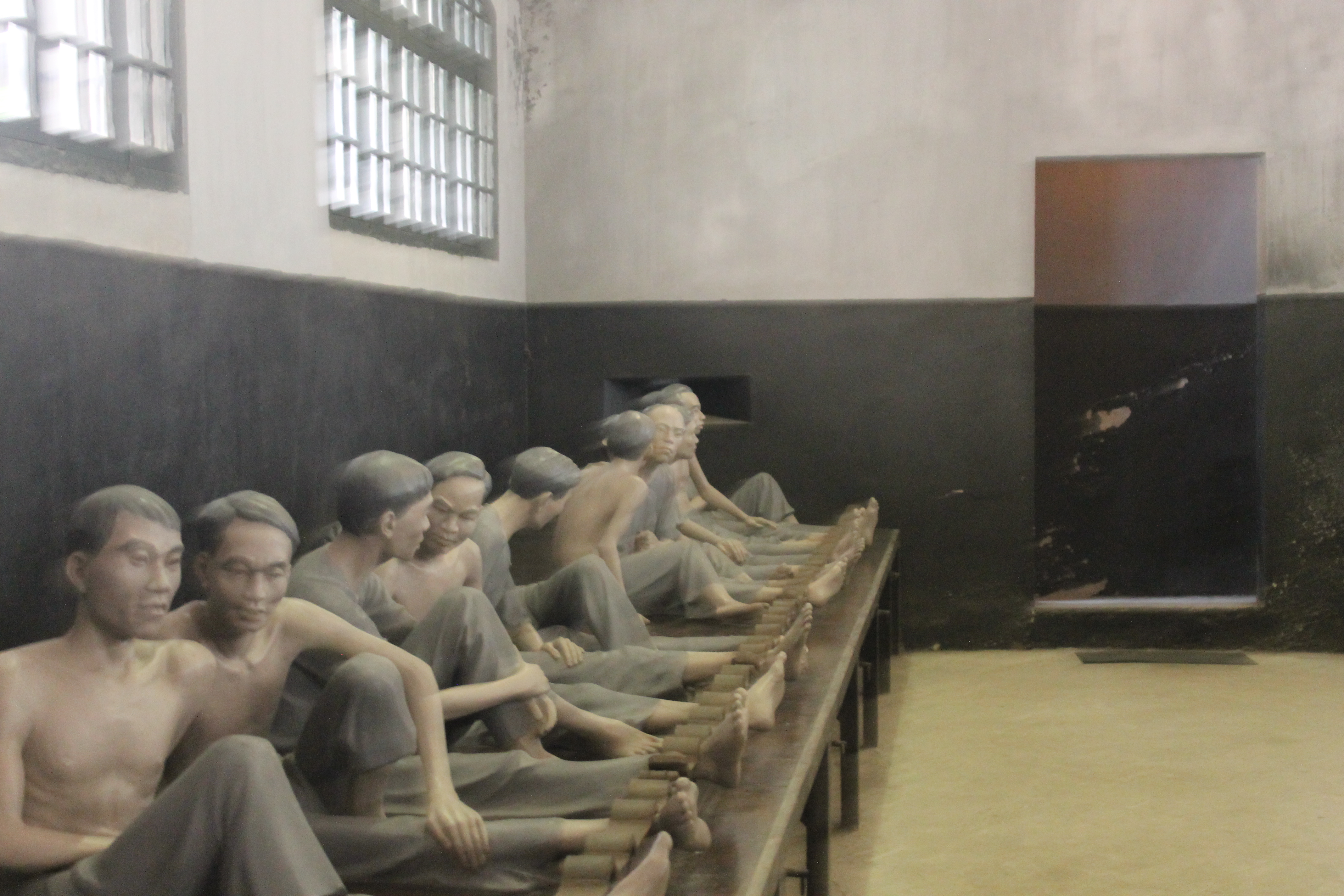 Take a walk around the lake which sits right on the edge of the old quarter. Whilst you’re here you can also go and explore Ngoc Son Temple, which is a pagoda sitting in the centre of the lake on a small island. When we were there there were lots of dance groups practising on the streets surrounding the lake which made for free entertainment! Also, if you have some free time why not help out some local Vietnamese students trying to improve their English skills? We were approached by a group as we were walking around the lake but unfortunately were in a bit of a rush, but I would have liked to have helped if we weren’t on such a tight time schedule! 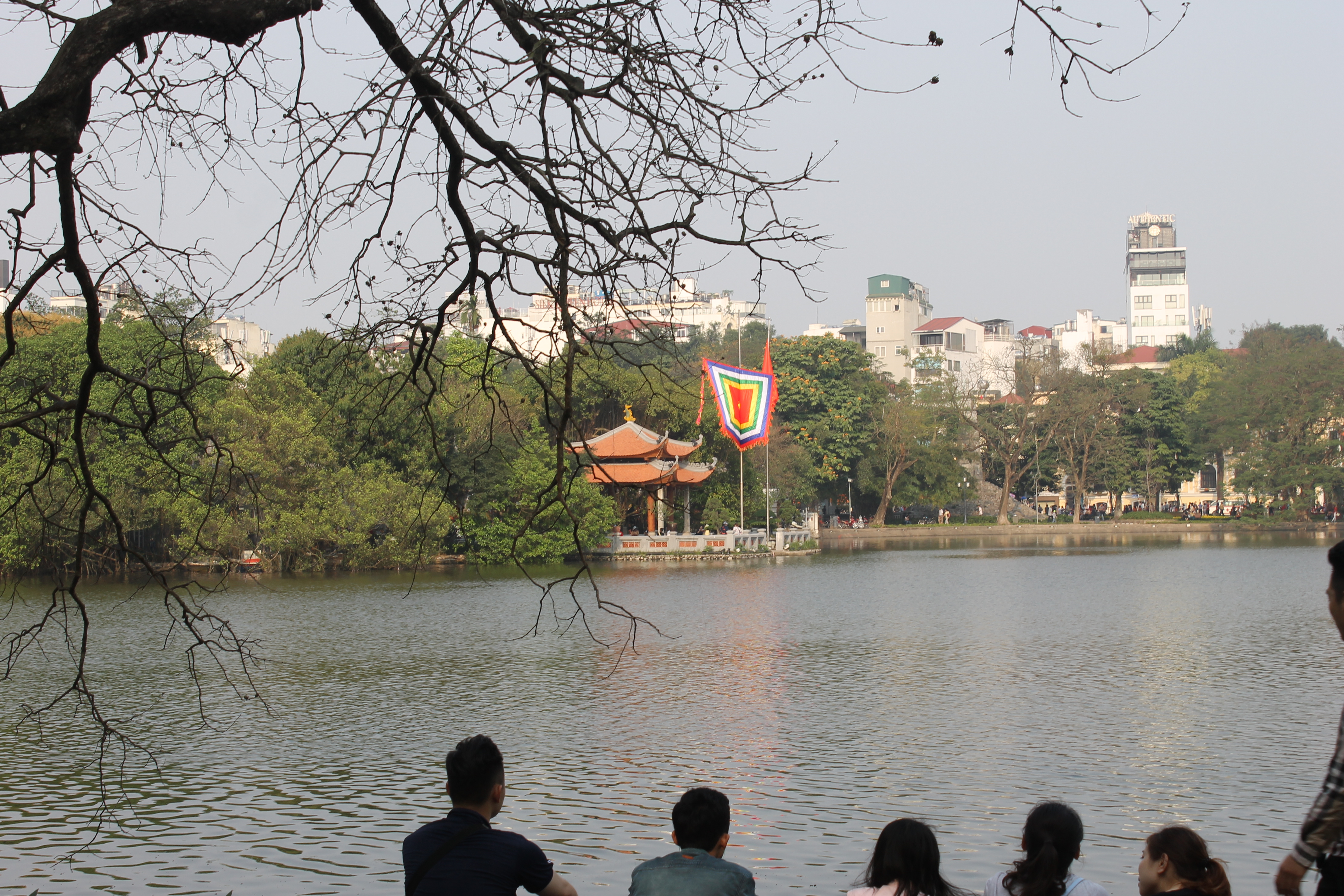 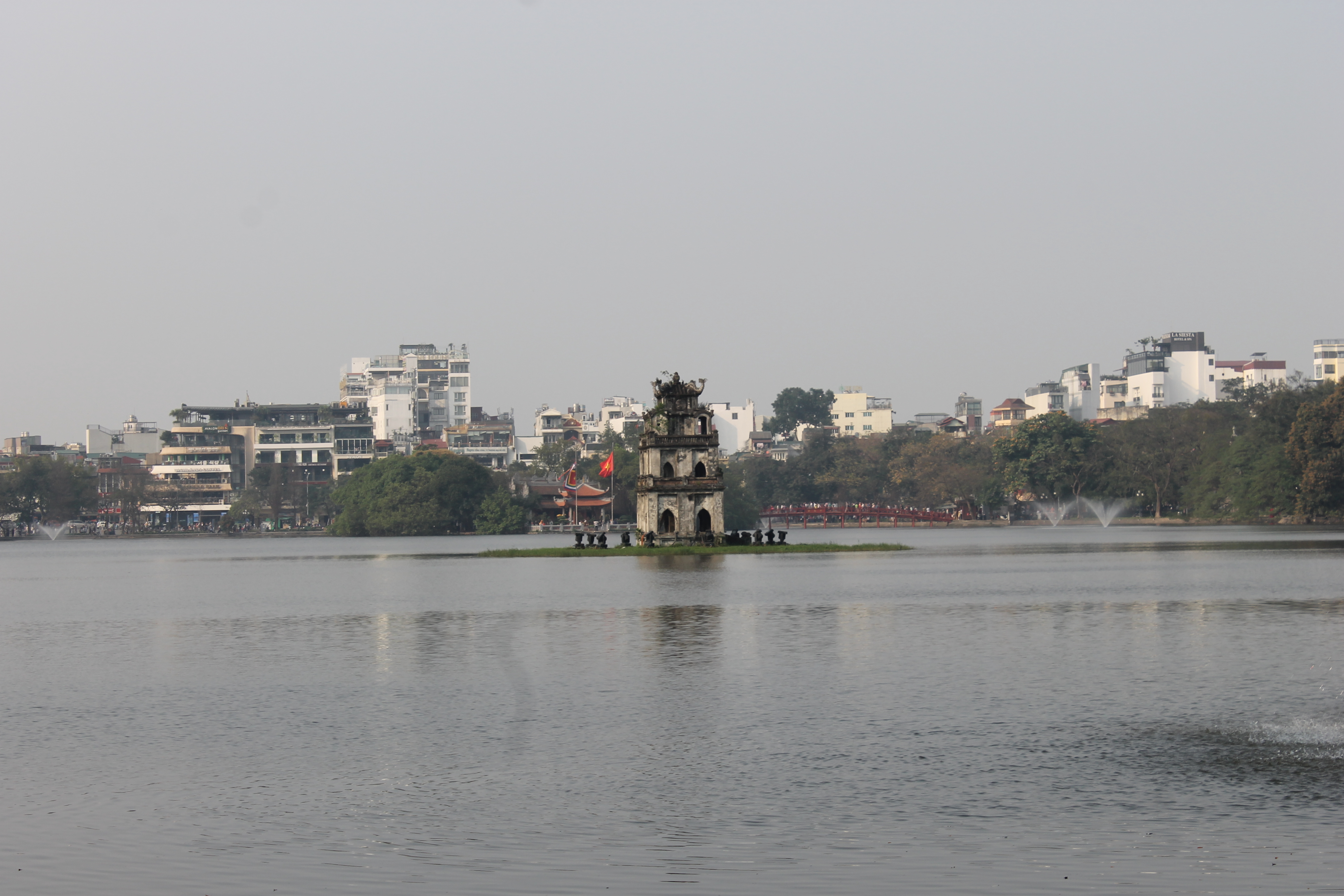 This temple is actually situated on the spot where the first university in Vietnam was founded in 1076! For 30,000 VND, or 15,000 VND if you’re a student, take a look round and admire the beautiful architecture. 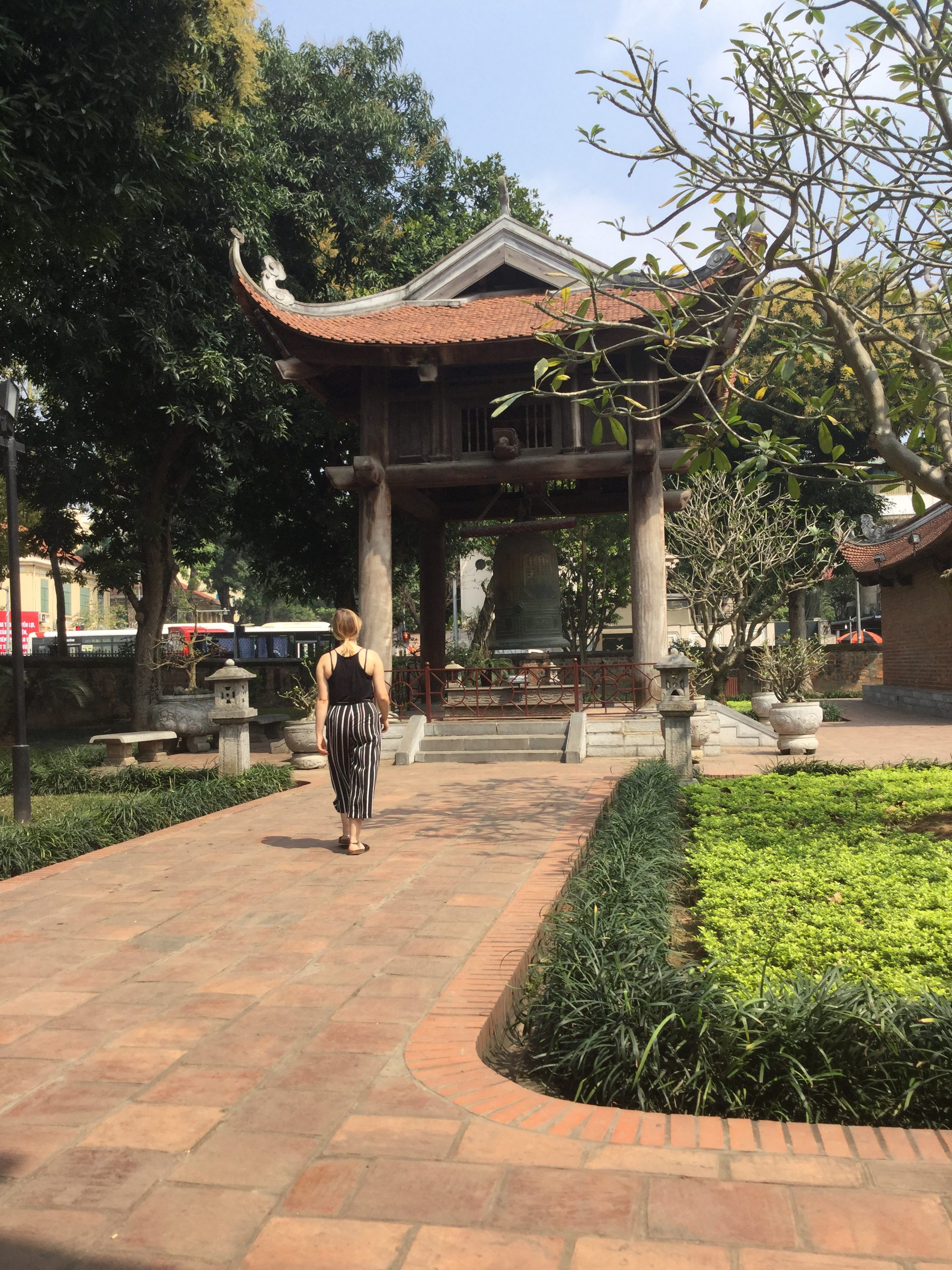 Vietnam is known for it’s cheap beer, or Bia Hoi as it’s known locally. Drink like a local on beer corner on a tiny plastic chair with locally brewed beer in hand! 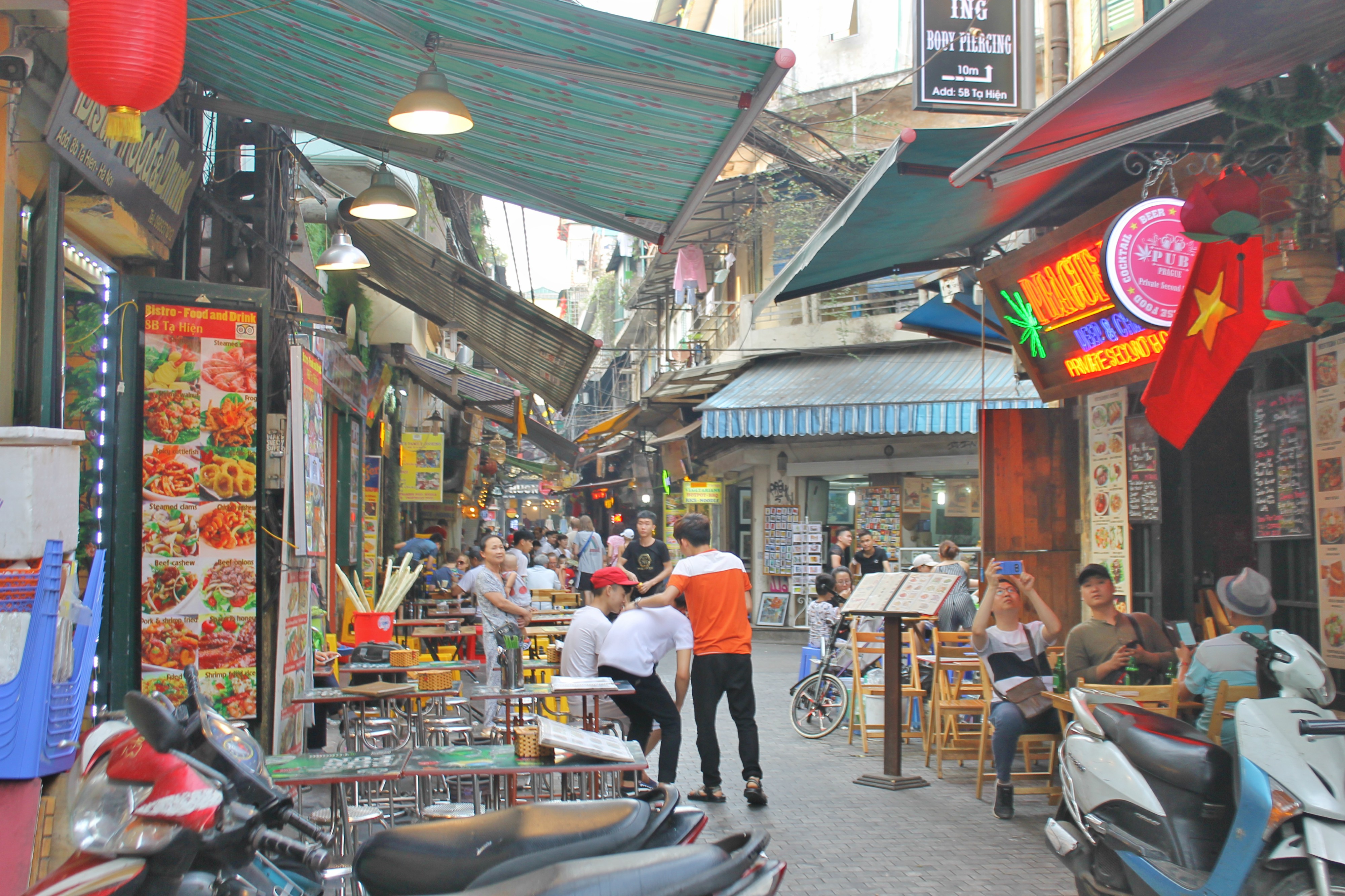 Take a walk on the wide side and have a stroll down Hanoi’s famous train street. It is what it says on the tin, just make sure to check train times so you aren’t caught short… 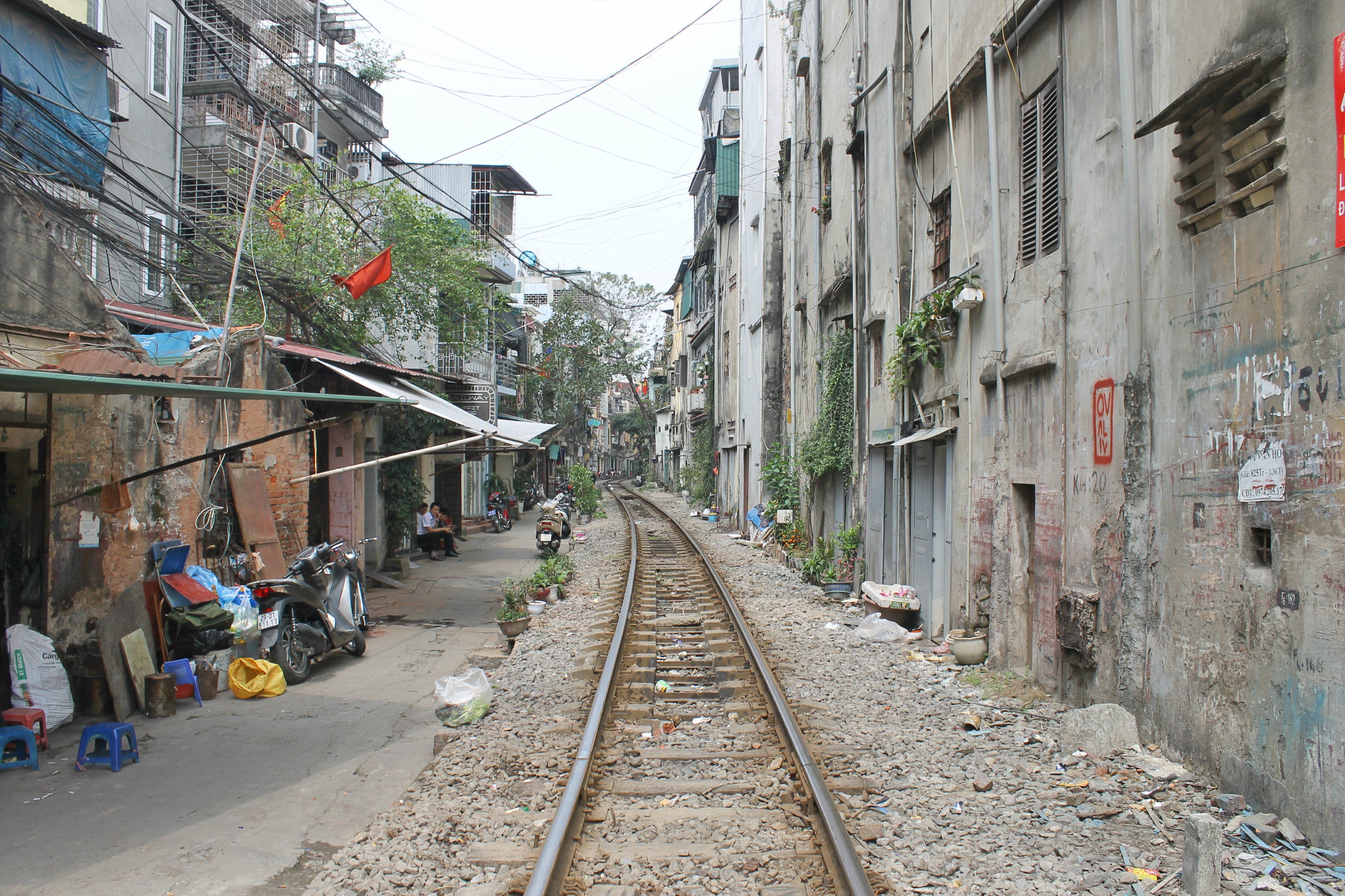 Unfortunately, my stay in Hanoi was short and sweet and I would love to go back and explore some more! But it definitely gave me a good taste of what was to come from my time in Vietnam and so I would highly recommend it as a starting point if you’re thinking about visiting!

Have you ever been to Hanoi? What were your favourite things to do?