Rishikesh was my favourite place that I visited in India, although they may have just been because I could escape Delhi! A popular retreat for yogi’s and with the holy Ganges river running through it, Rishi is a very spiritual place and has a very chilled vibe. But there’s also a whole host of activities that you can do here, including bungee jumping and white water rafting! Here is my low down of top things to do and best places to eat!! 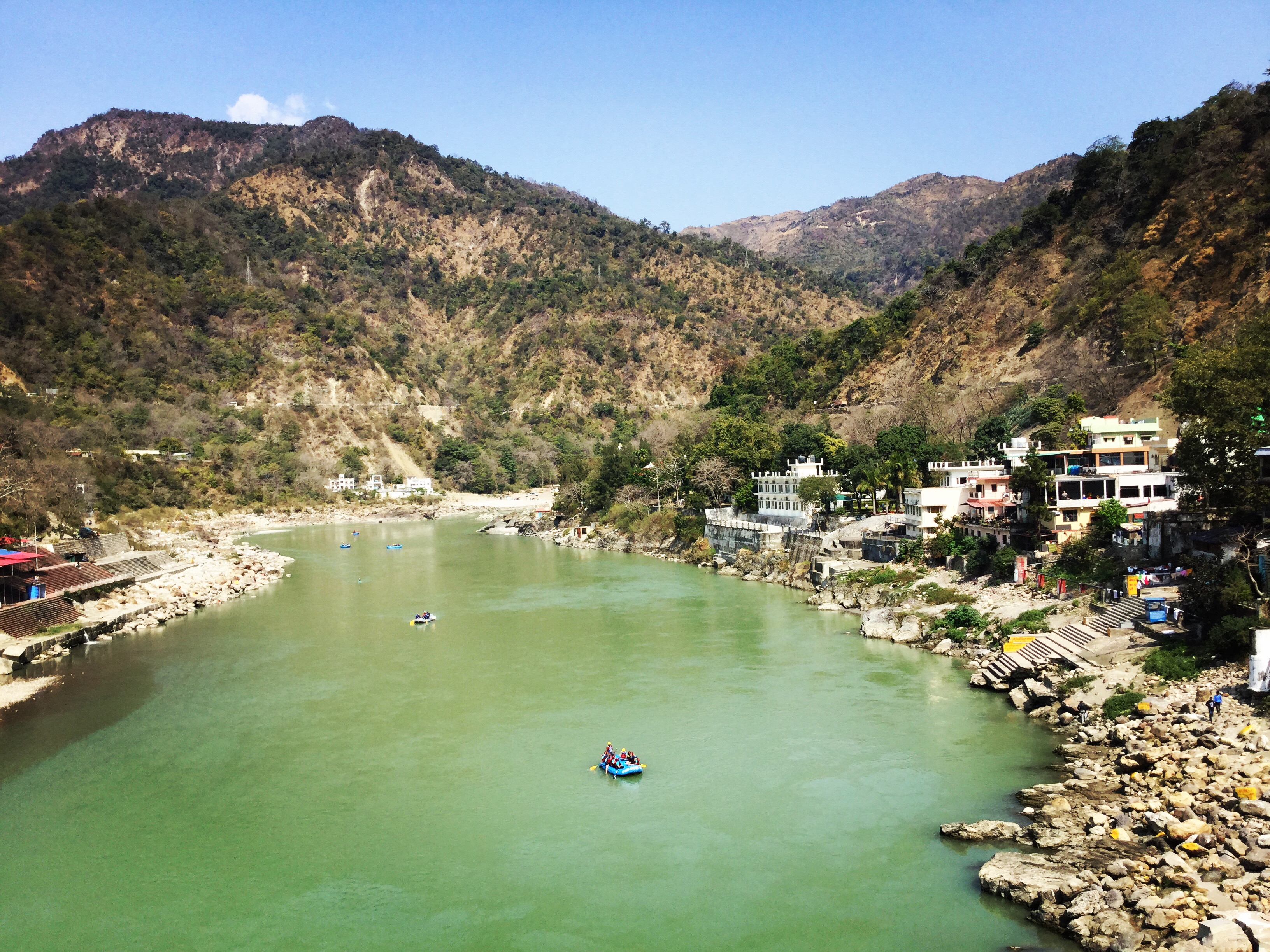 I stayed at the Moustache Hostel which I would definitely recommend for anybody who’s looking for cheap but good accommodation! It was clean and all of the staff were really friendly. There was a rooftop to chill out on, free chai tea and they organise things to do in the evening, such as go to a wedding (I’ll tell you all about this later on!).

Rishikesh is home to many a cute cafe, but here is my roundup of my favourites!

This one was right near our hostel, so if you decide to stay at Moustache then this is a great place for breakfast! It’s definately a more cultural experience than all the other tourist places. It’s a tiny, tiny nepalese cafe which has a limited menu but is super super cheap. They also do really good momo’s!! 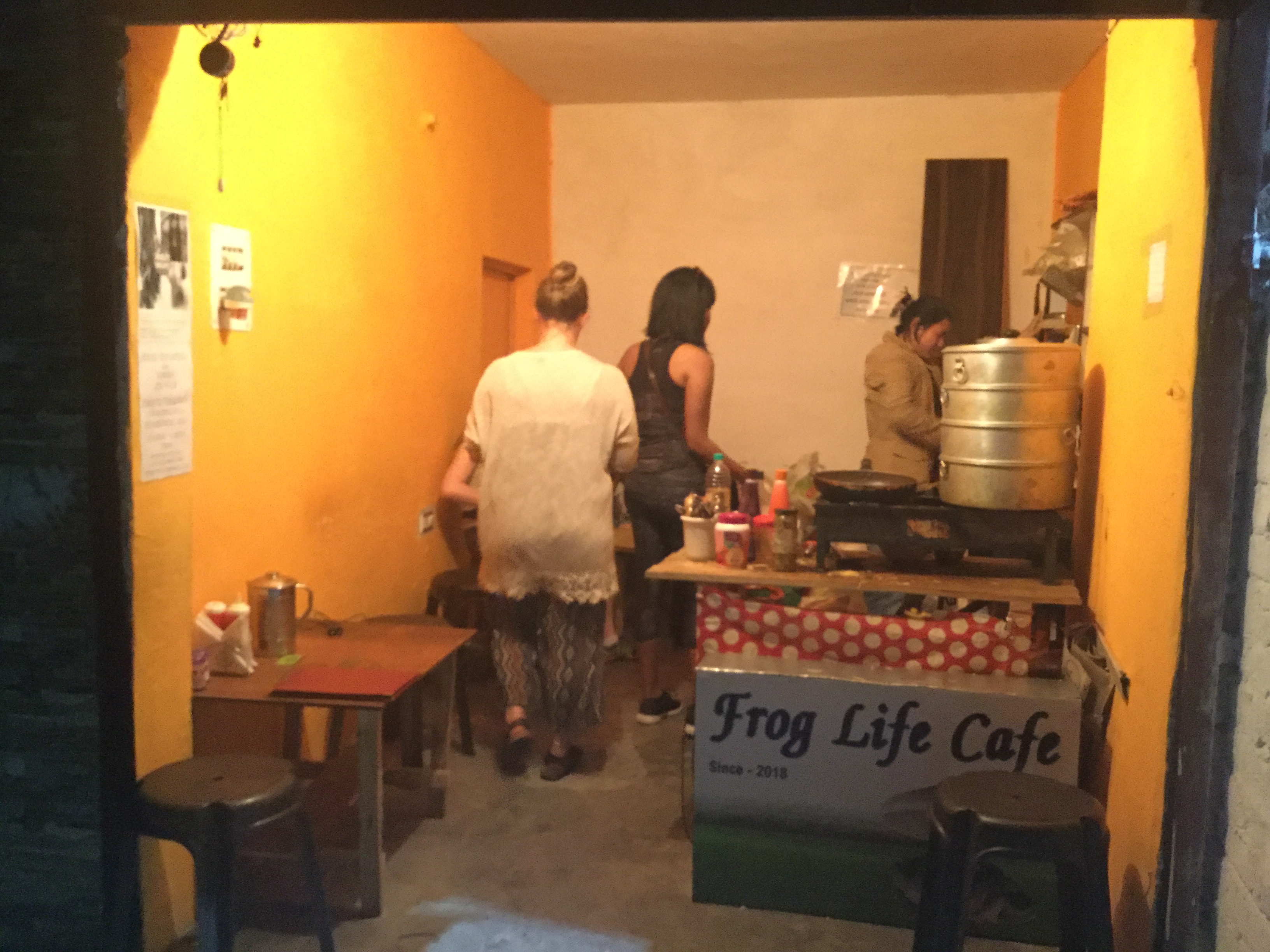 Boasting an impressive view over the Ganges this little spot is delightful. They do really good juice and pancakes! I just couldn’t get enough of pancakes, I’m not sure what was wrong with me! 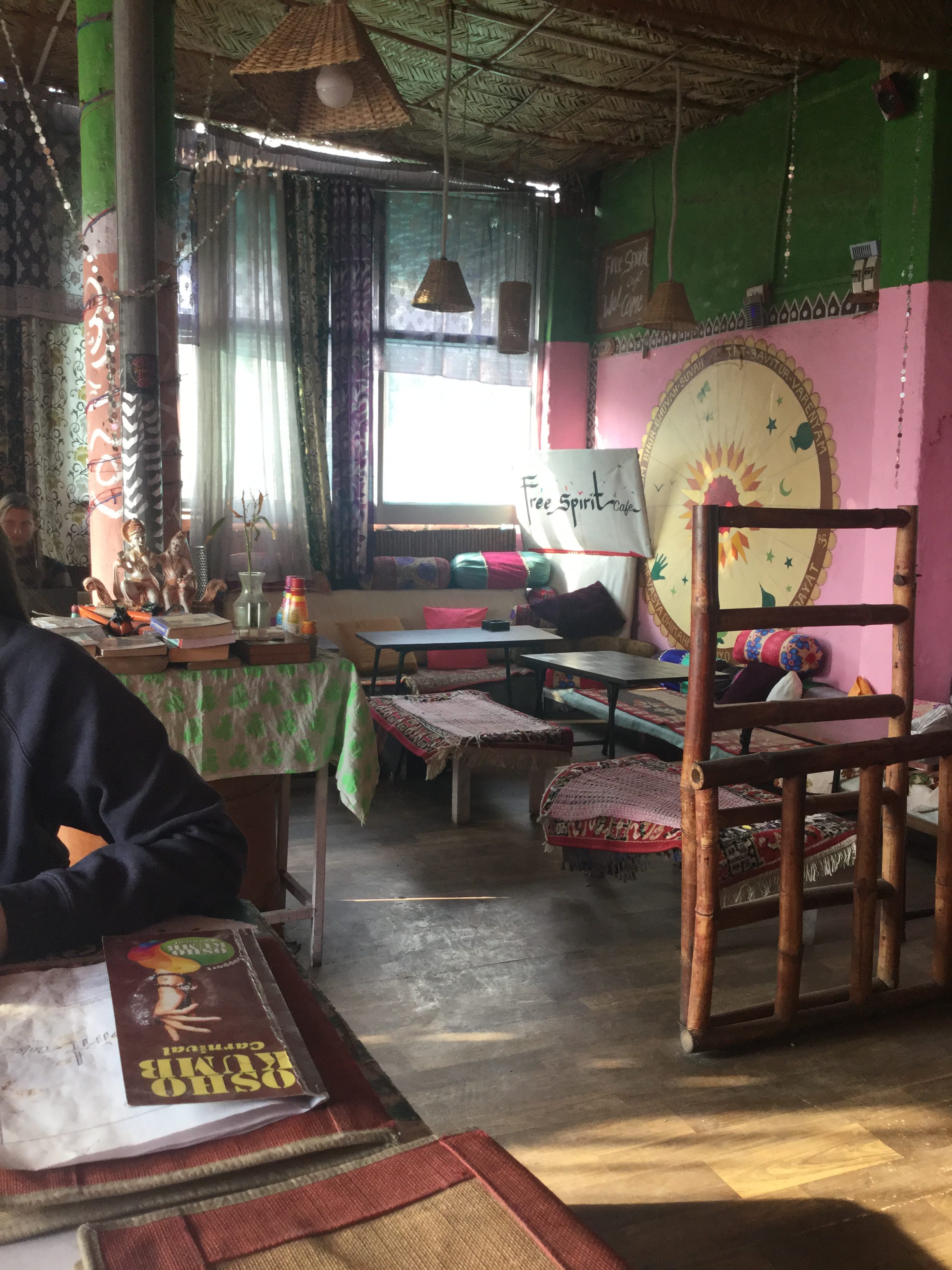 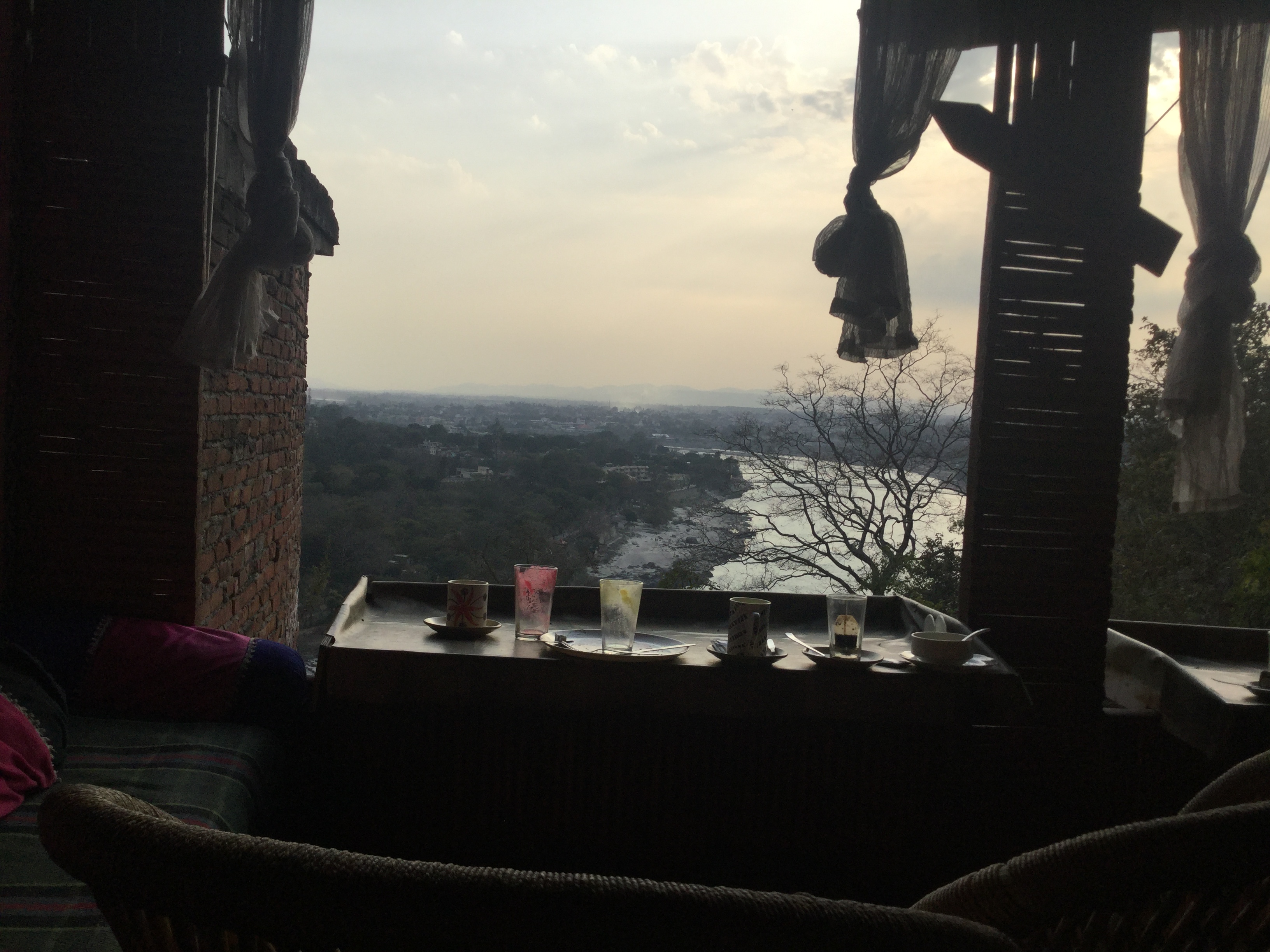 This cafe was probably the coolest of them all. Decorated in what I like to call ‘hippie chic’, there were no chairs, instead just low tables and some cushions to sit on. It also had a lovely view over the Ganga river, very serene. 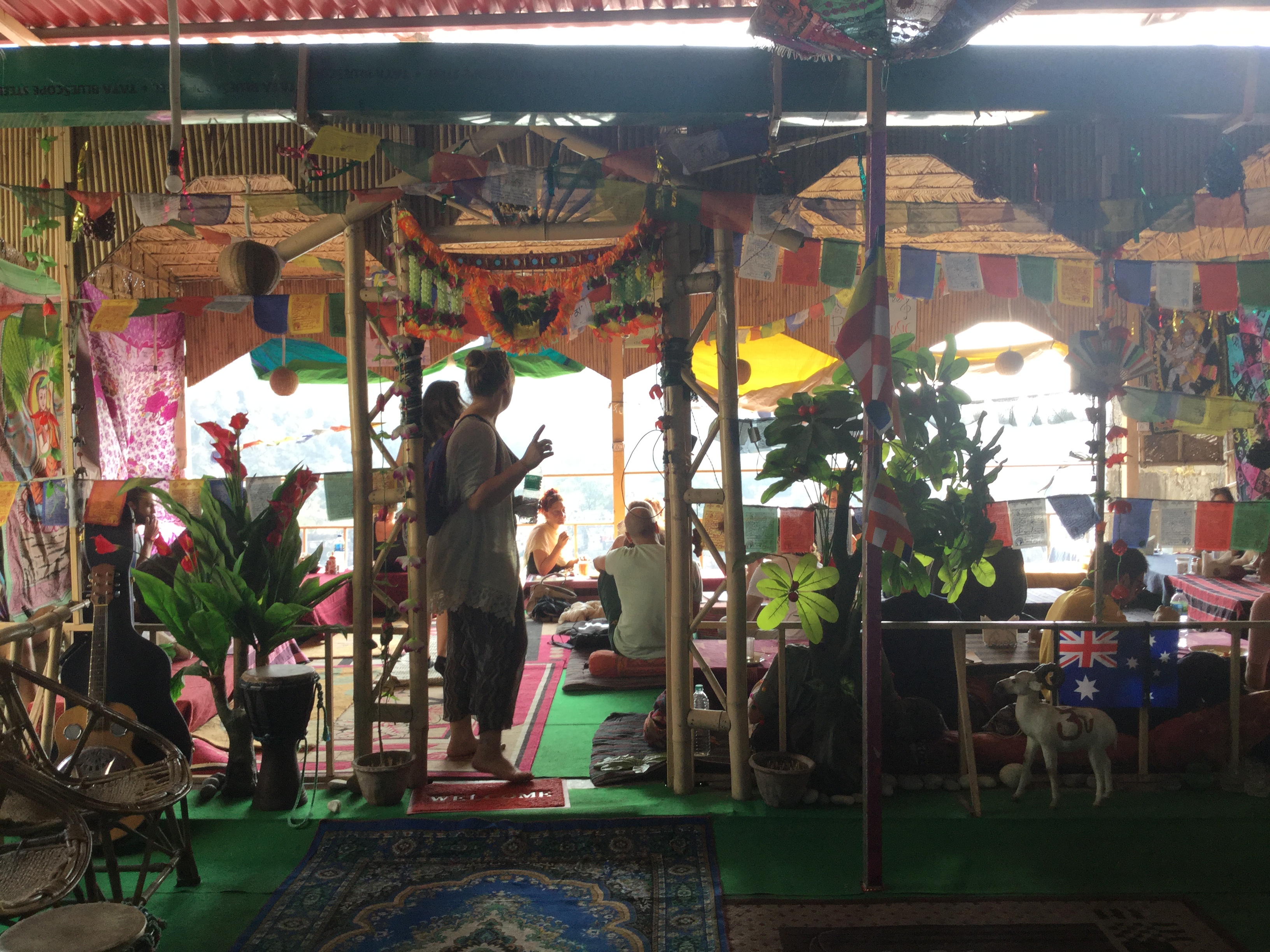 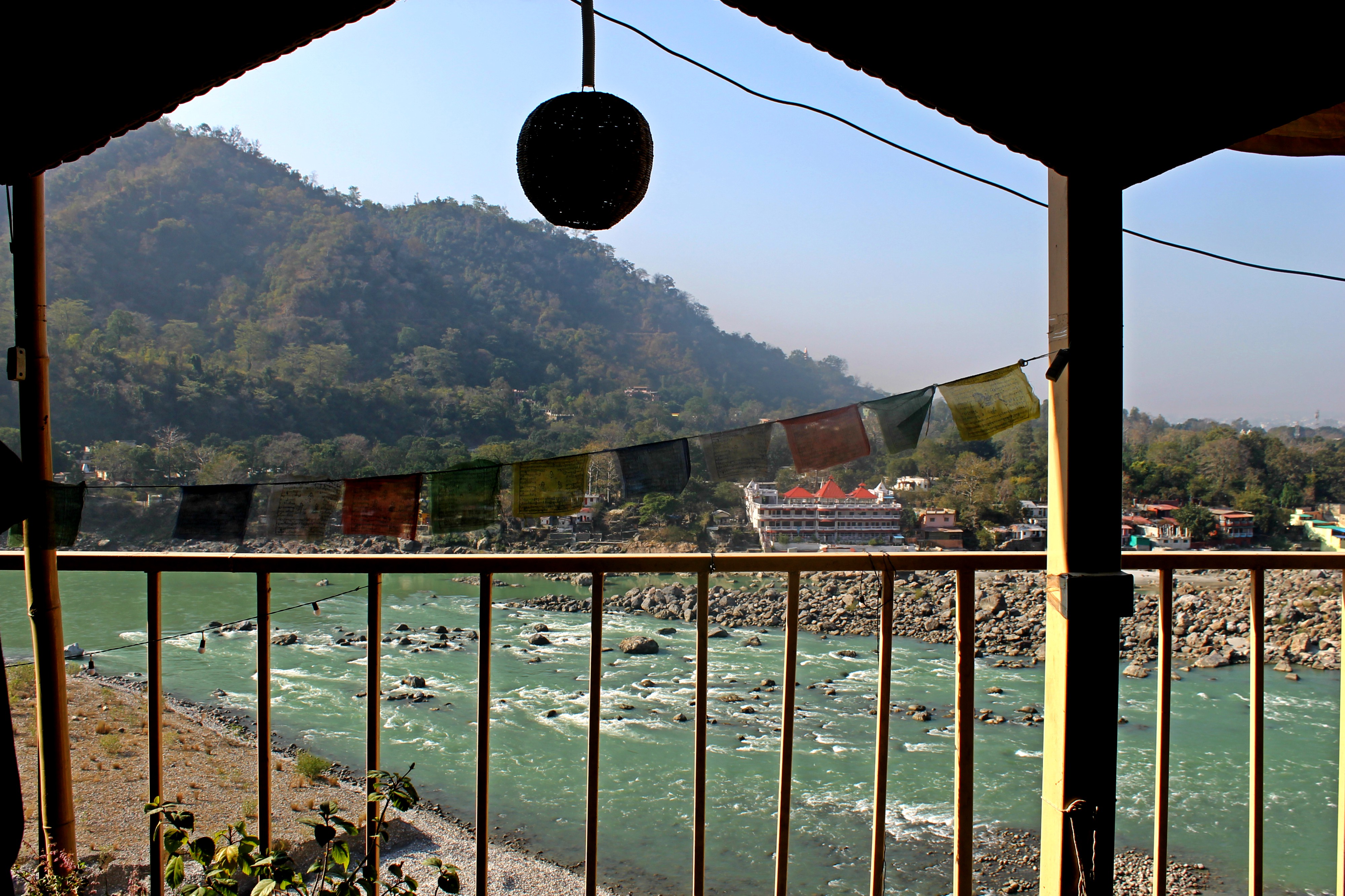 As always in India, be careful of what street food you do eat. As a general rule, if the locals are eating there you’re probably fine. I had some delicious samosas whilst in Rishikesh, for main and for dessert! Let me explain, on one side of the road there was a cart selling spicy vegetable samosas, perfect for a quick lunch. On the other side of the road was a shop selling banana and nutella samosas! 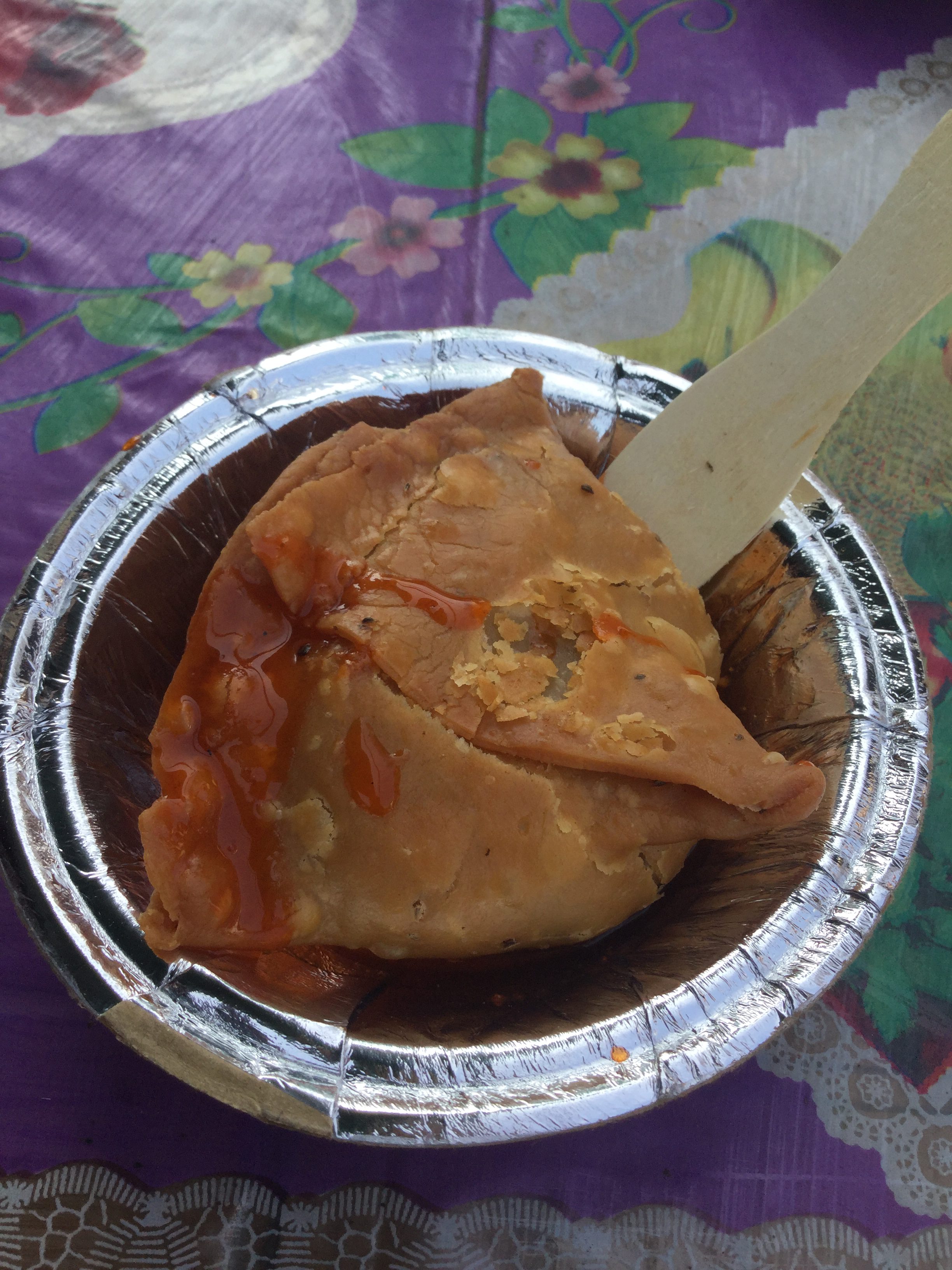 For the thrill seekers among you, what’s more exciting than getting to go white water rafting on the Ganges!! We paid 450 rupees to cover 9 rapids and it was so much fun!! The day we chose to go it was absolutely freezing but I still enjoyed it so much and laughed so hard! We started on some smaller rapids and then eventually got to some of the harder ones. We even got to get out the raft and have a little swim too! One of the girls I was with actually fell overboard when we were going through one of the bigger rapids, it was so funny! She also saw the funny side of it and wasn’t hurt in any way, don’t worry. Near the end there was also the chance to do a small cliff jump! I’d 100% recommend doing it if you’re ever in Rishi, it was such a good experience! 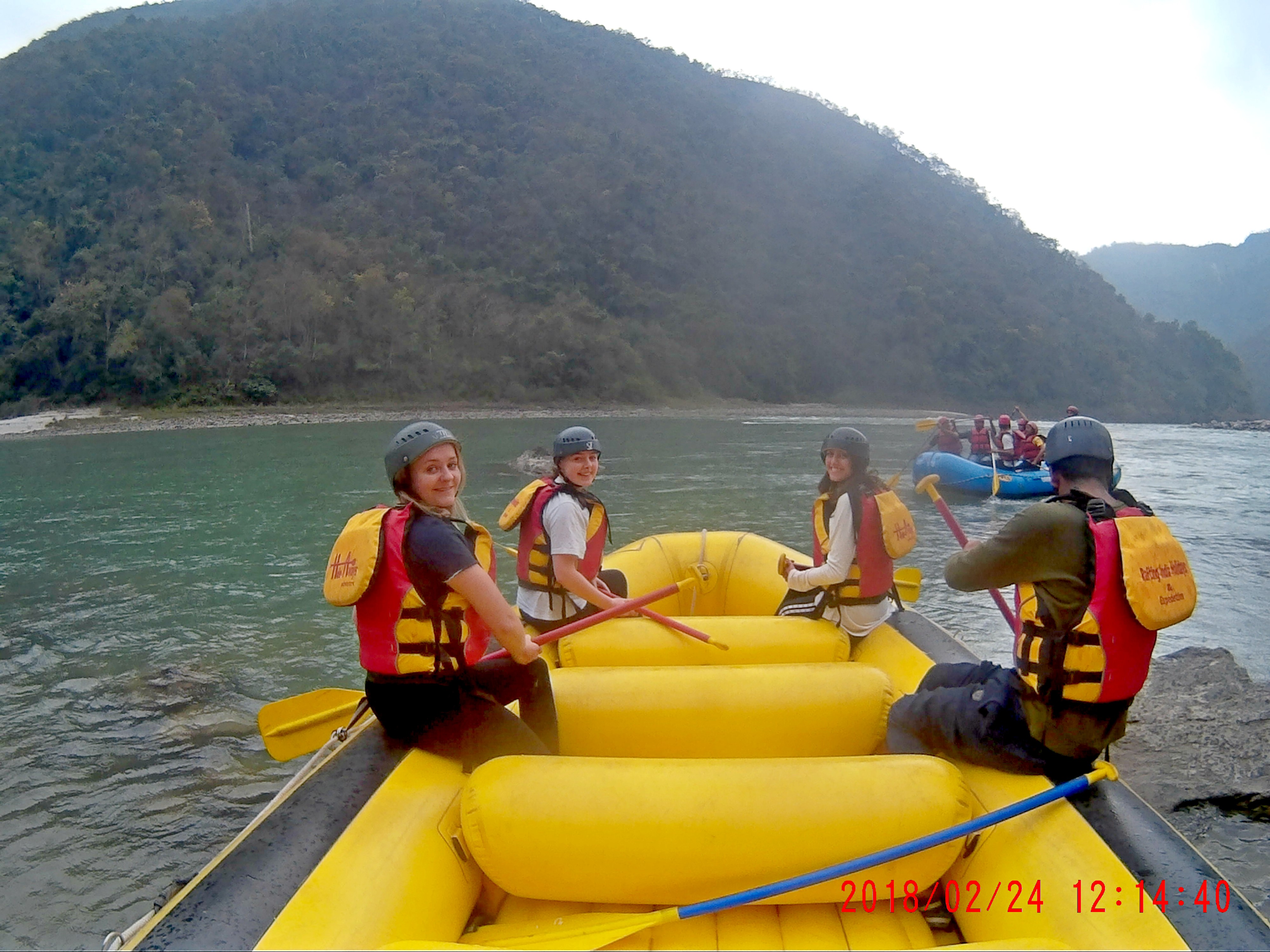 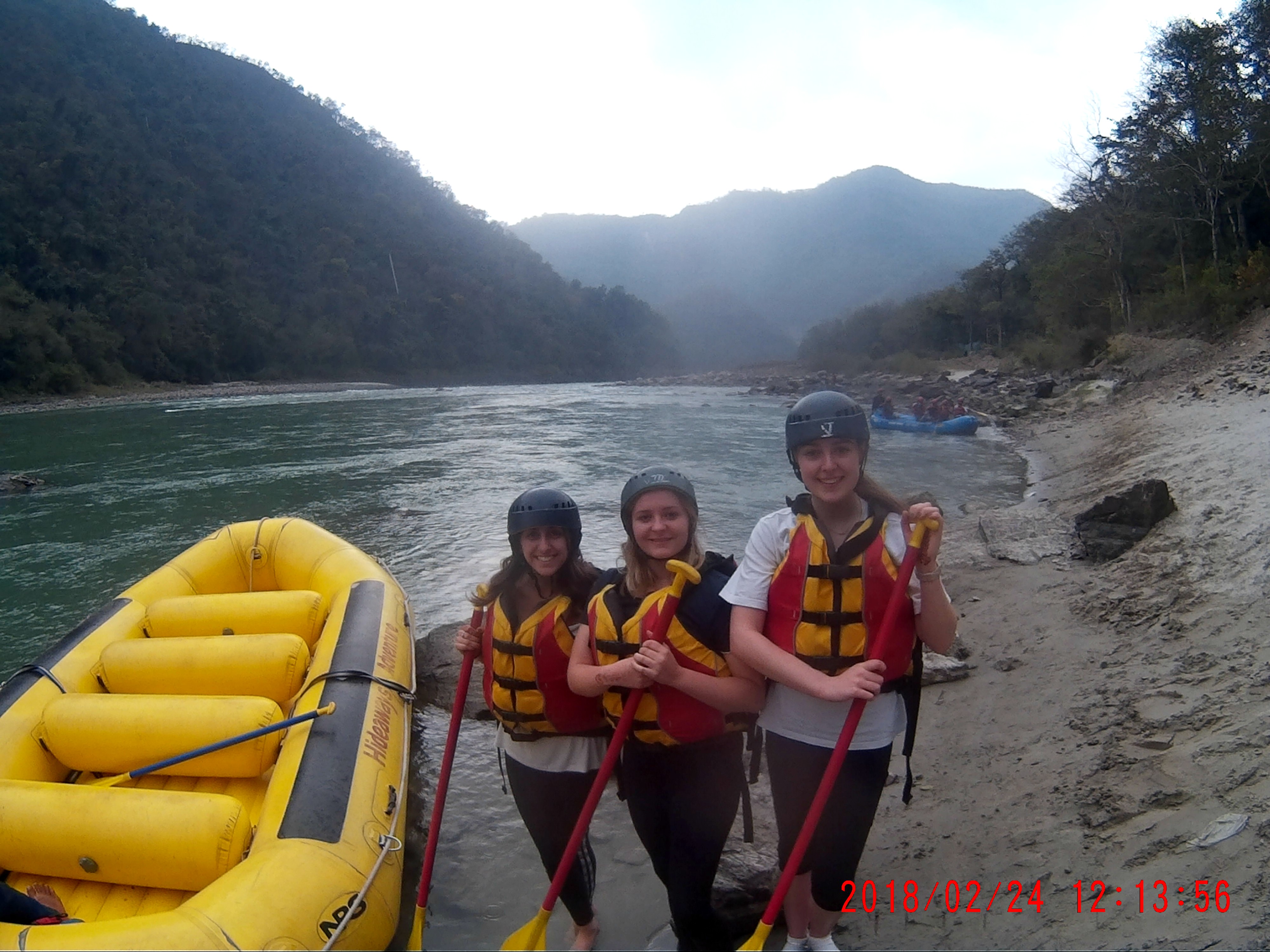 The Beatles Ashram, otherwise known as Chaurasi Kutis, was a spiritual retreat where the band once stayed in the late 1960’s. They also wrote 40 songs there which is quite cool! For some reason, it’s really expensive to get in to say it’s literally abandoned and falling down. I’m not entirely sure where the 600 rupees is going but it’s definitely not going to upkeep. There is a place where you can sneak in if you jump over a wall, but just be careful if you’re caught by a guard.

The Ashram itself was cool to look around. I liked the little mediation houses, I imagine back in the day they would have been quite cosy! The graffiti is probably what makes this place cooler, and the 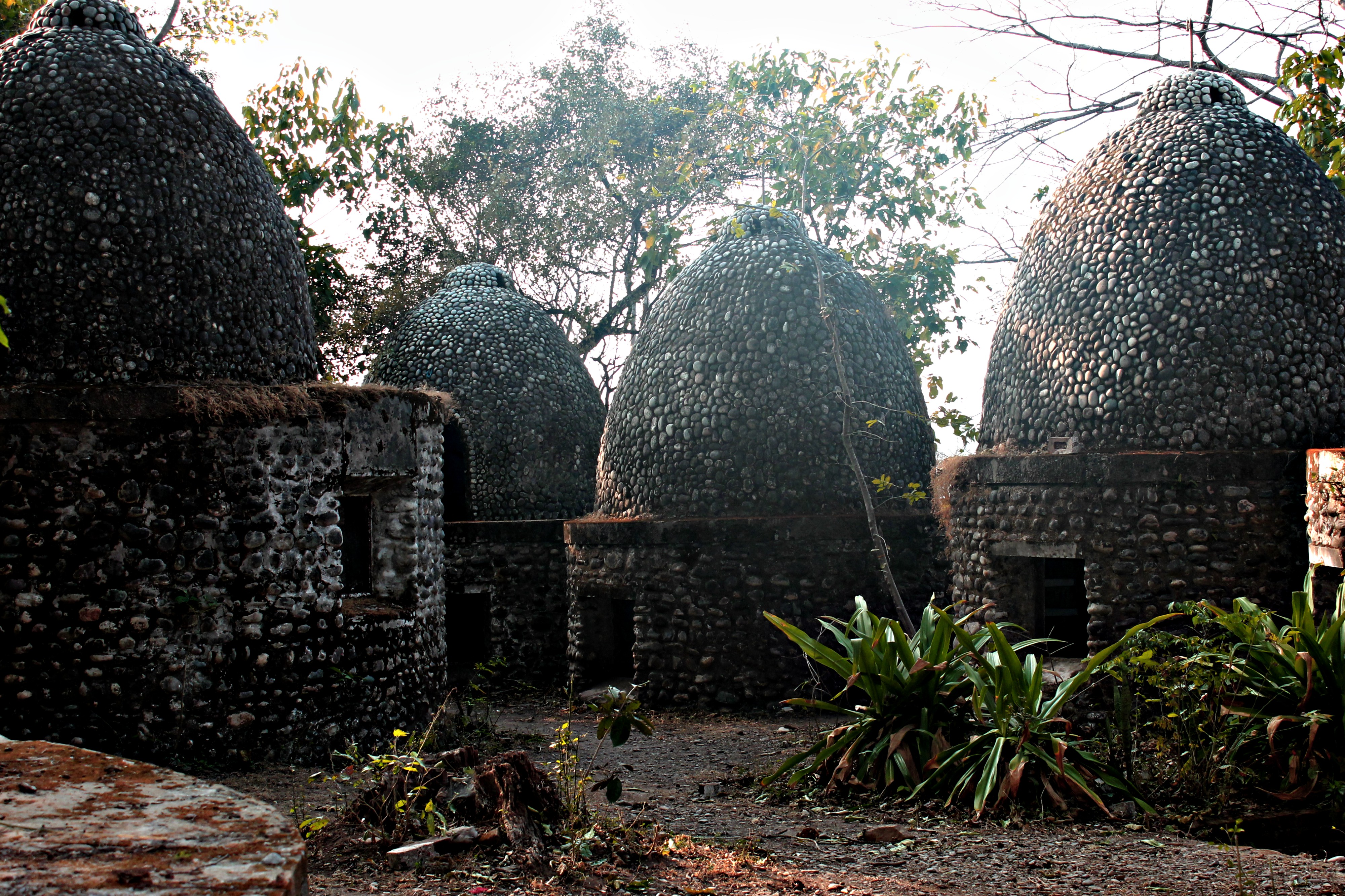 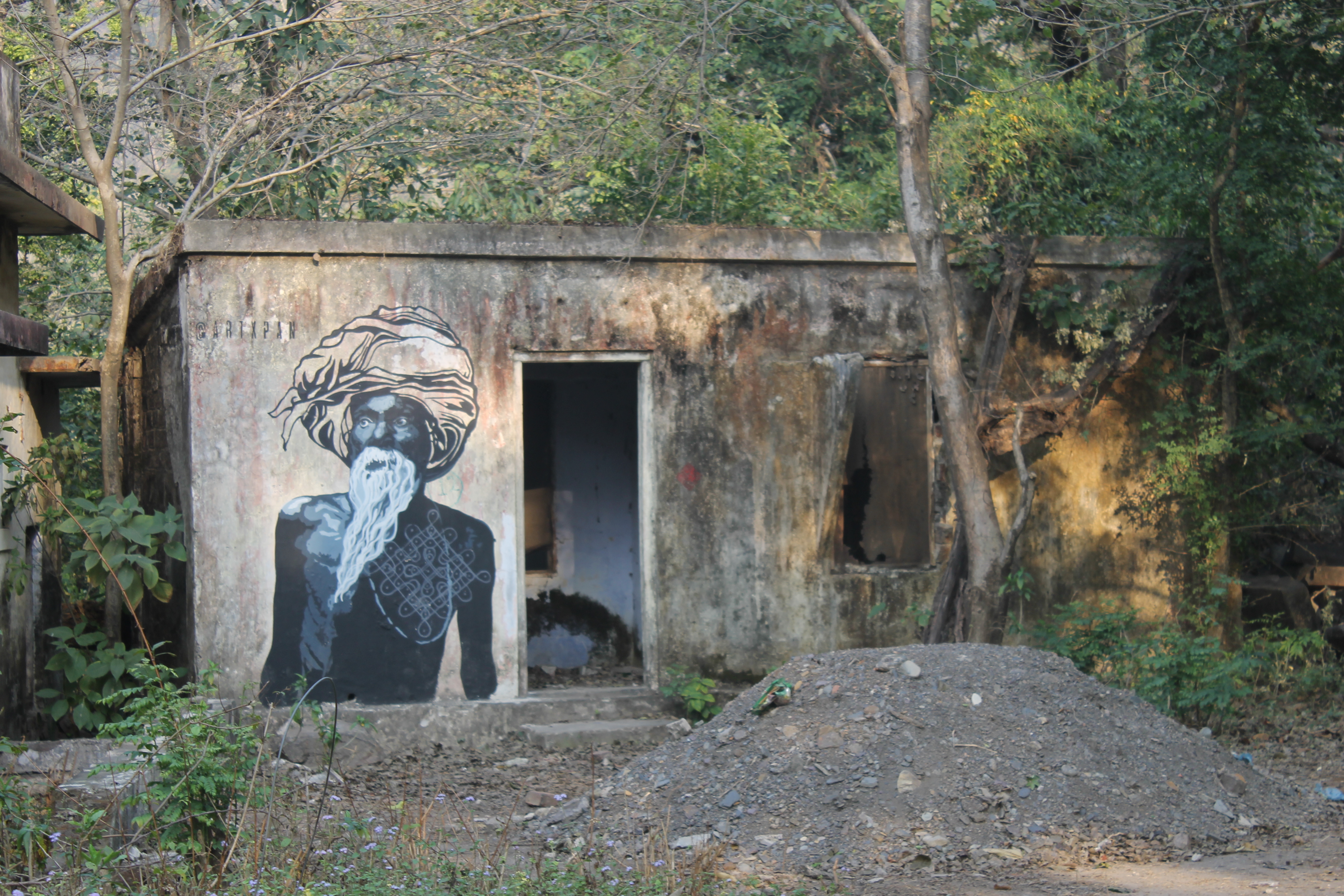 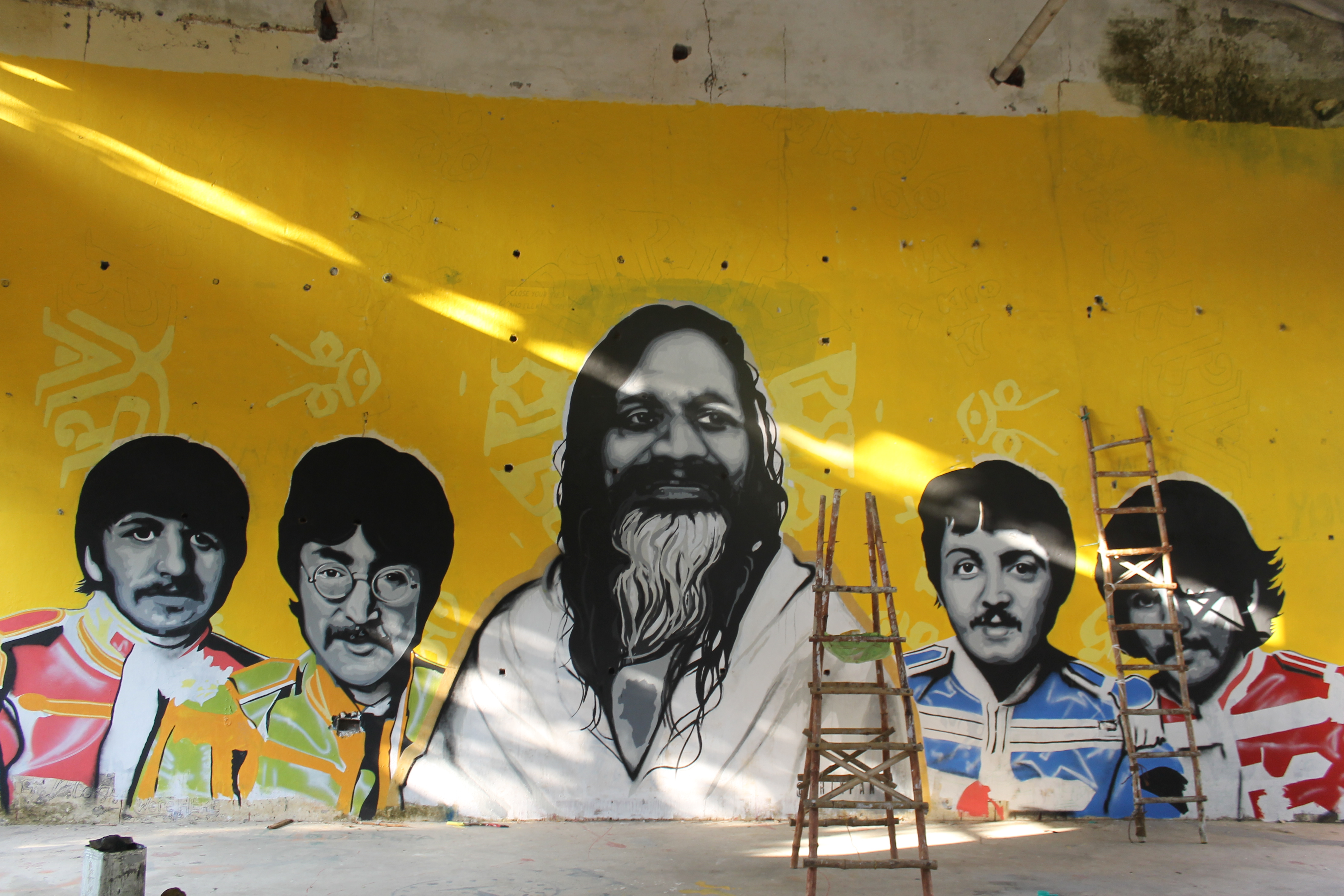 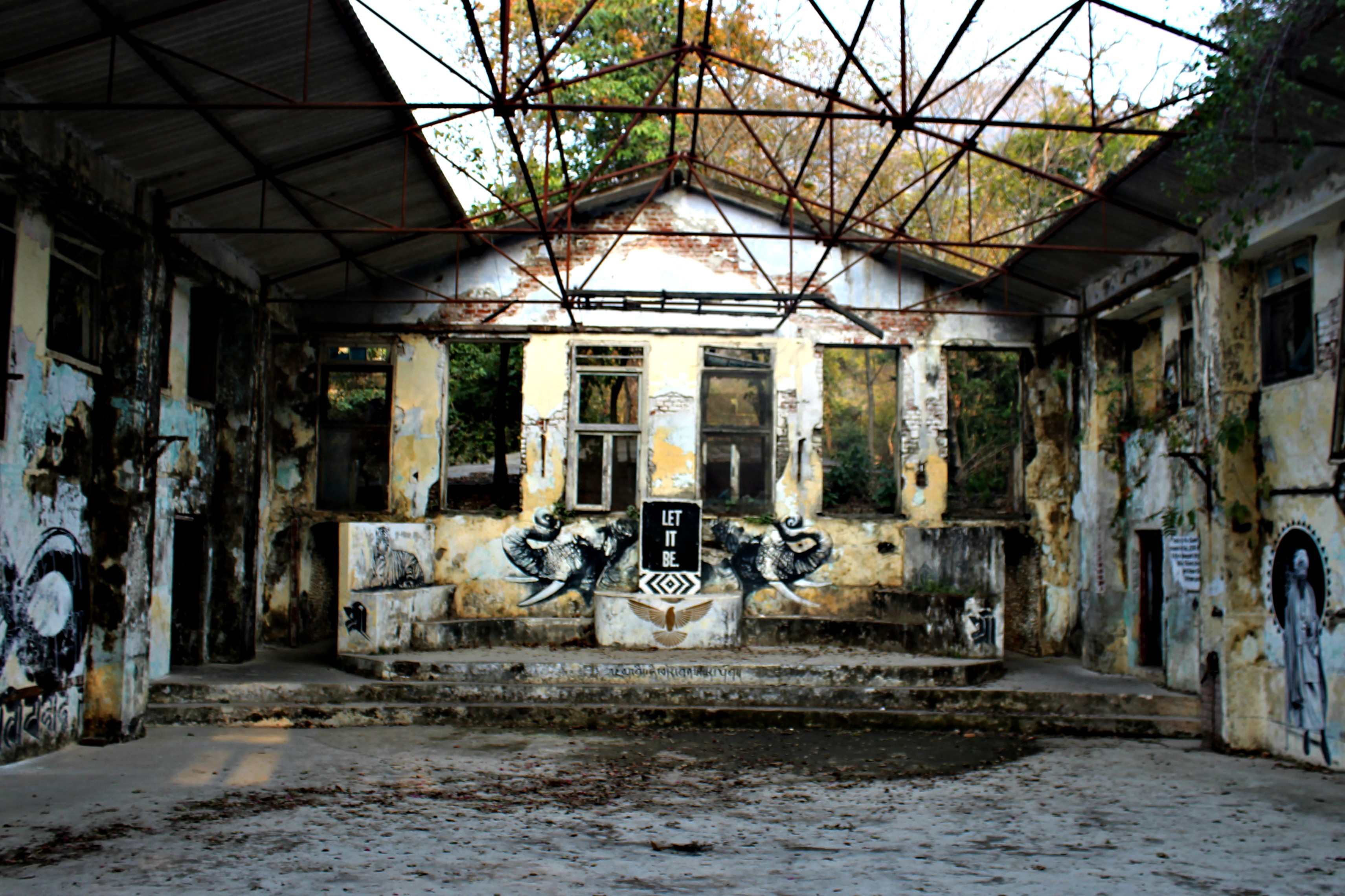 A 30 minute walk away or short tuk-tuk journey from the centre of Rishikesh is Neer Waterfall. It costs rupee to enter and from there it’s about a 20 minute walk up a hill to get to the top. The first part of the journey is up a dirt road. After that it’s a climb up some steep steps. I have to say, in the heat this does get a little tiring, but just think of the cool water you can bathe in when you get there! 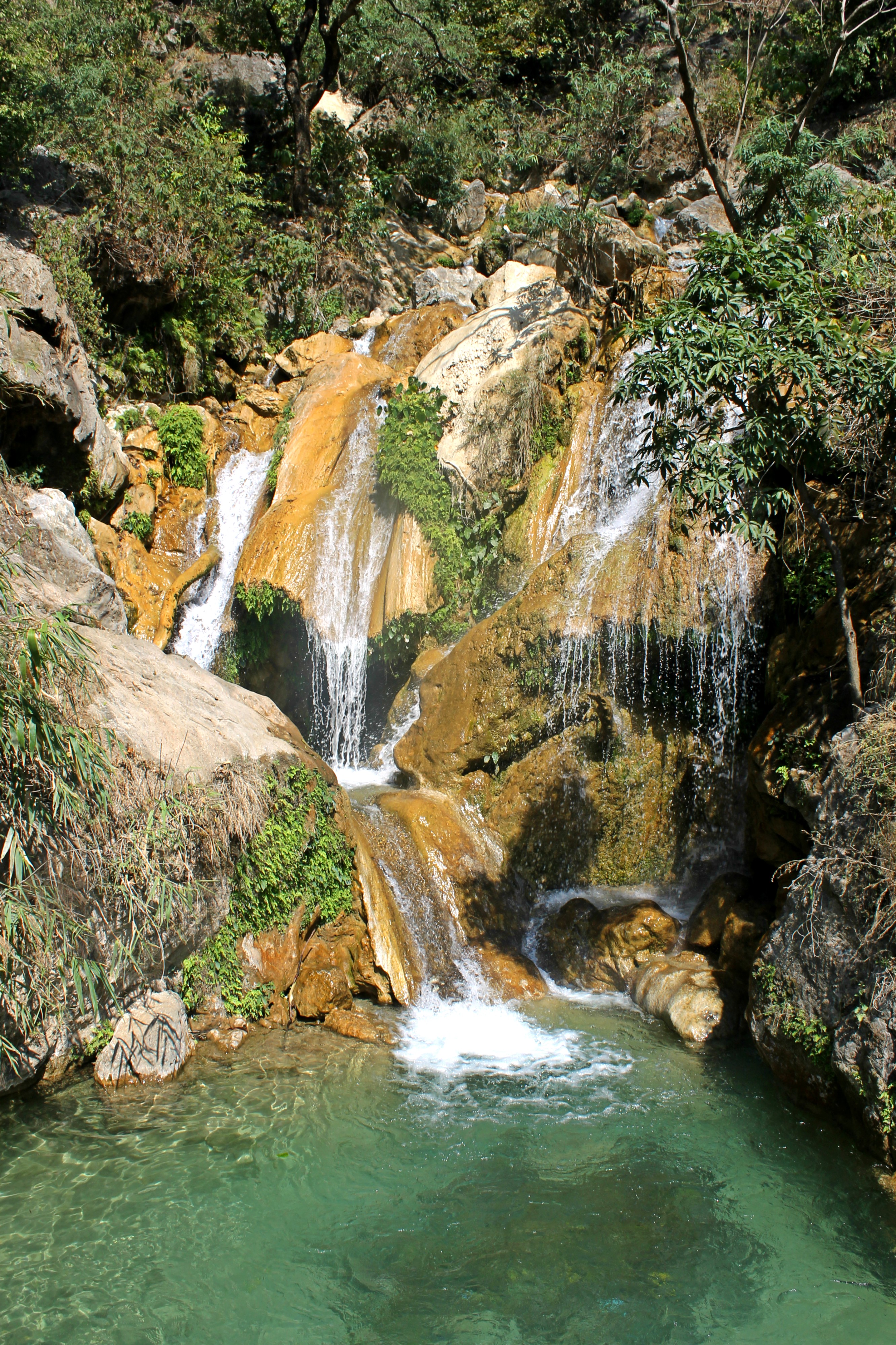 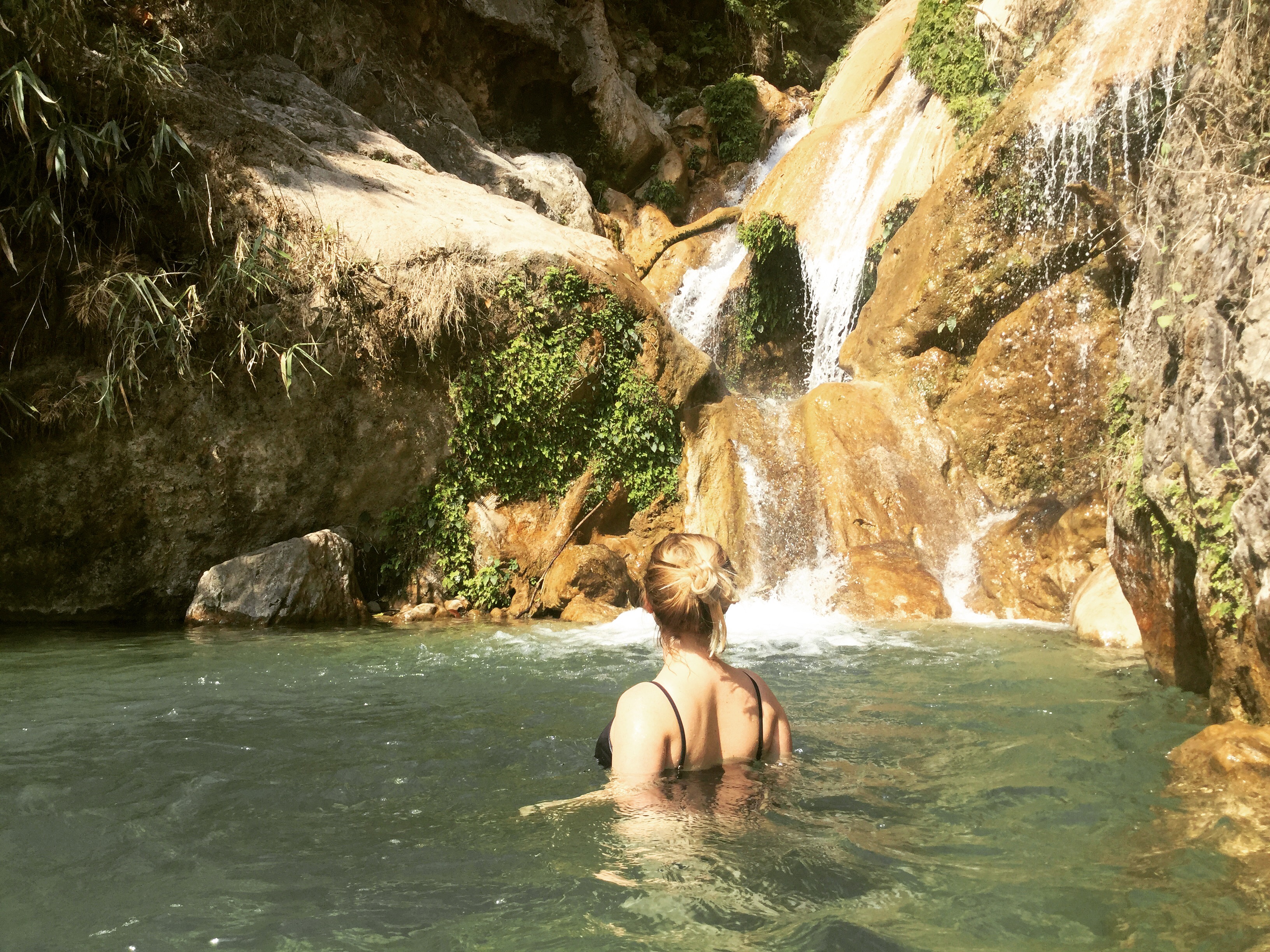 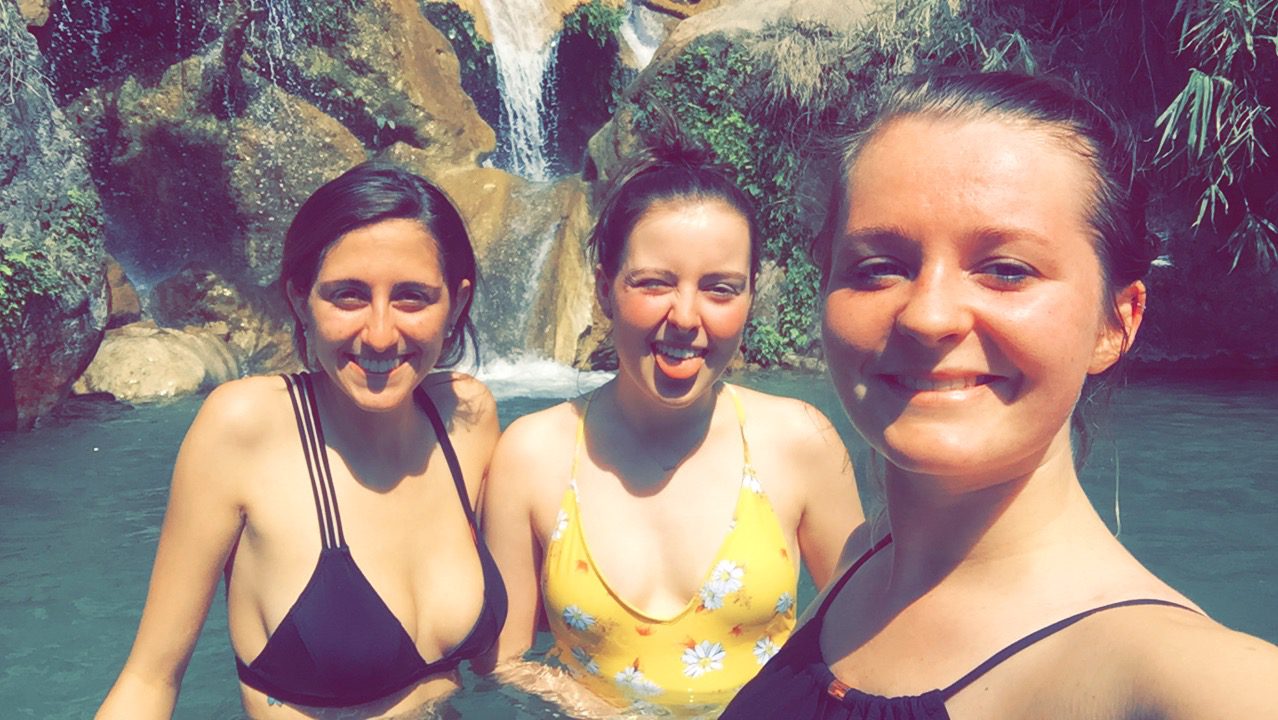 Watch the prayers on the banks of the Ganga

As day turns into night, the locals line up along the banks of the river to say their evening prayers. After, you will probably be hoarded by children to buy some flowers and put it onto the river. Although I’m very aware that this is a tourist trap, it was still kinda cool to do. 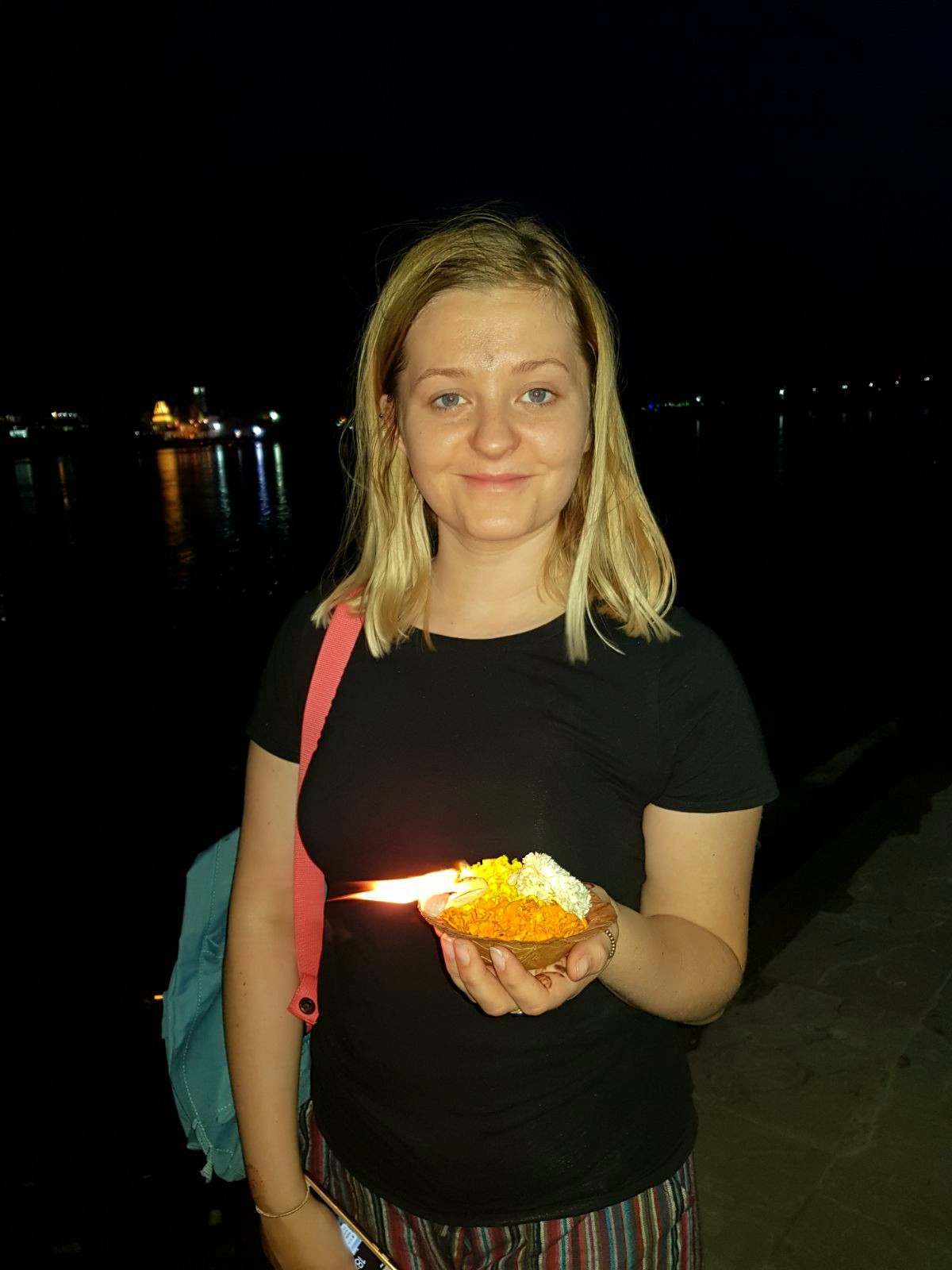 Rishikesh is known for it’s yoga, so yogi or no yogi, it would be rude not to try. We decided to go a bit abstract and try Laughing Yoga, which was…. how do I put it?? Well, really f-ing weird!! Some people might really enjoy it but I just found it a bit bizarre. For 300 rupees I thought we might actually do some yoga, but we just messed around for the best part of an hour. Jumping around, forcefully laughing, giving each other massages and wiggling out toes in a circle? It just wasn’t for me. The only bit that I kind of enjoyed was at the end where the dude leading the class passed out instruments and started singing Hare Krishna chants. Probably because that bit didn’t really involve much participation! I wish I’d just signed up for a normal yoga class, but there you go, you live and you learn!

Go to a wedding!

Finally!! So, on our first day in Rishikesh our hostel took anybody who wanted to go to an Indian wedding! Apparently, it’s cool for anybody who lives in the area to just rock up to a wedding, so we did. None of us wore anything particularly Indian as we didn’t have sari’s or anything. I just wore a long skirt and blouse. The wedding was really pretty and there was so much food!! So. Much. Food! And it was so yummy omg. It was here that I discovered the delicious dessert that is Gulab Jamun. It’s basically a deep fried dough ball served with syrup and it’s the most delicious thing. You have to try them!! There were also Jalebi which were a bit too sweet for me but good all the same. 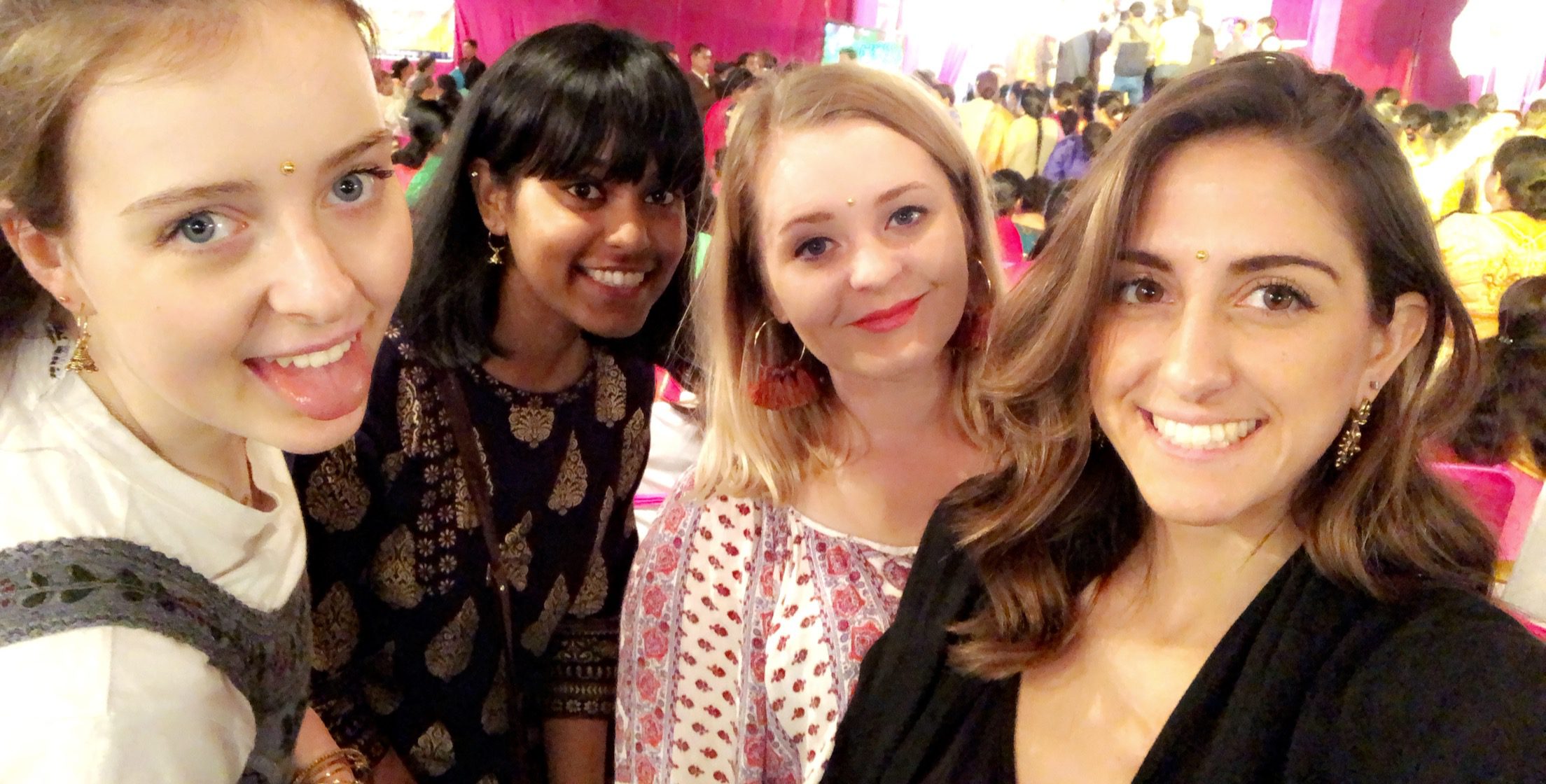 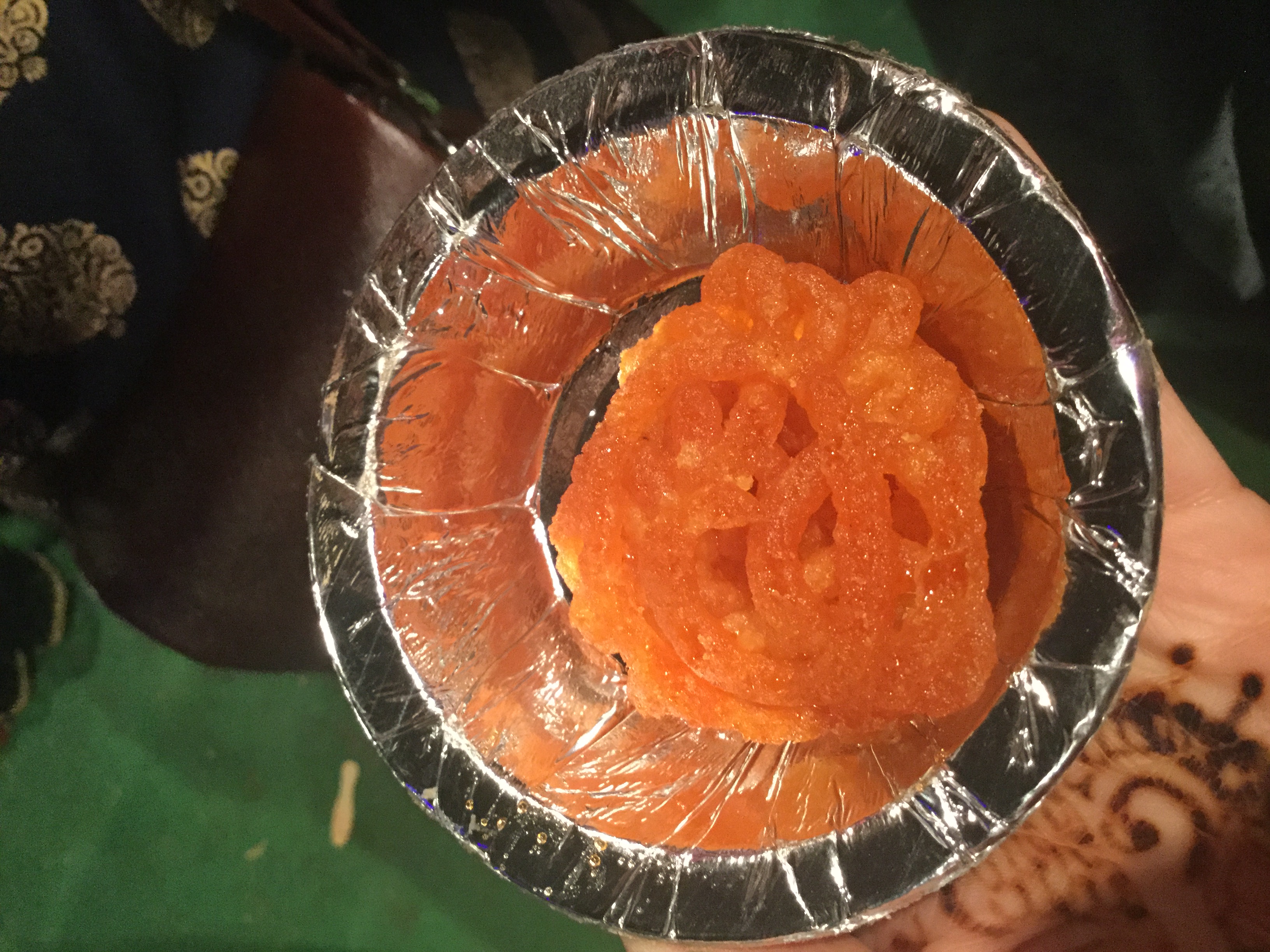 I absolutely fell in love with Rishikesh, it was just such a different vibe to other areas of India and it was truly a place to just relax and take in the stunning scenery! I’d highly recommend it to anybody visiting India. 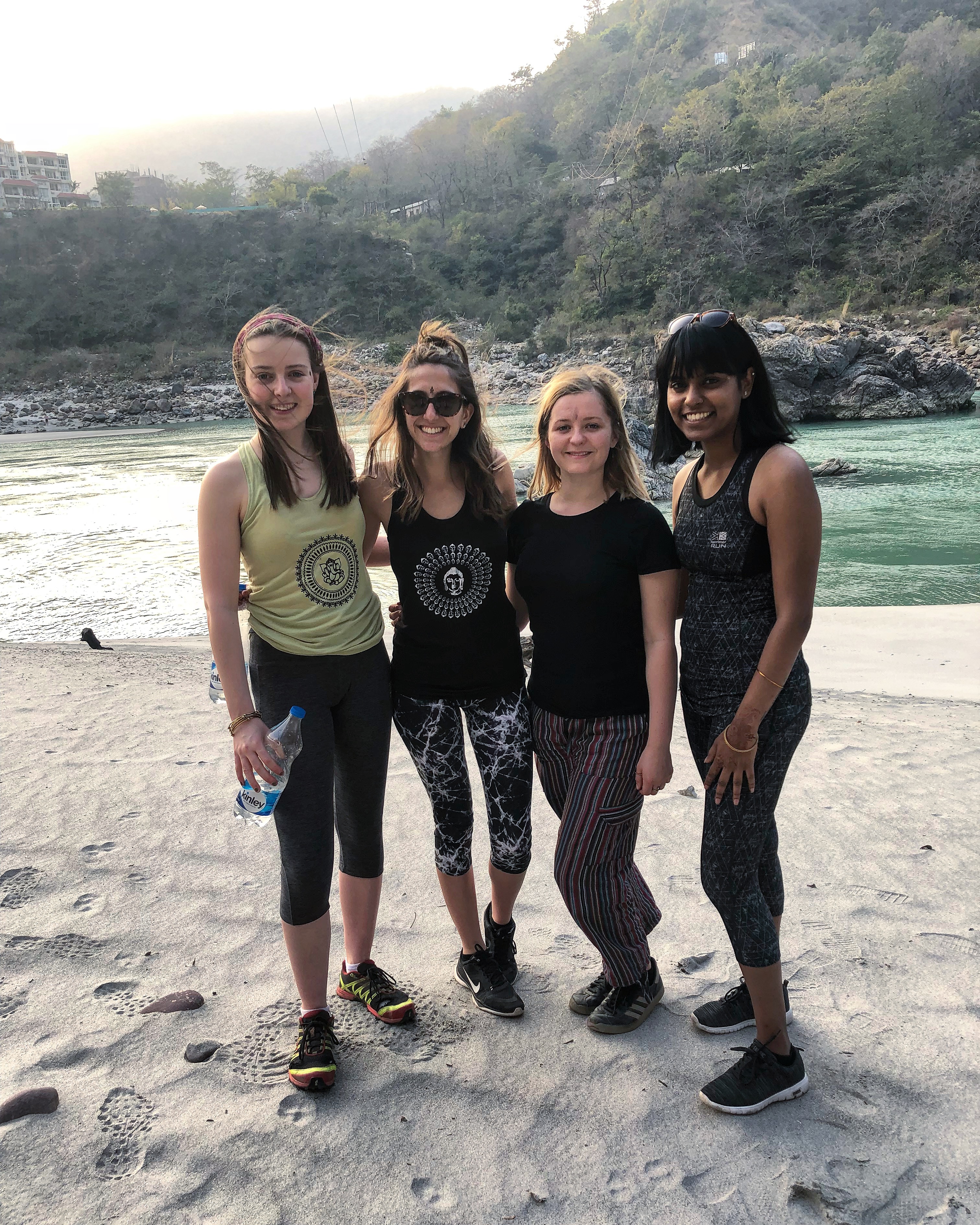 Have you ever been to Rishikesh? What was your experience? Let me know what you think!!