I’m here!! After months of planning I’ve finally embarked on my trip, starting in Delhi, India! I arrived really late on Sunday and so didn’t get a chance to explore until Monday. I’m currently in a home stay in Faridabad whilst I do a week of orientation and then I’ll be moving to a volunteer hostel for three weeks.

Namaste! My first day here consisted of an introduction to my time here and a basic Hindi lesson. We also got welcomed to India by our house mum, Sarita, with a marigold flower necklace and bindi painted on our foreheads! 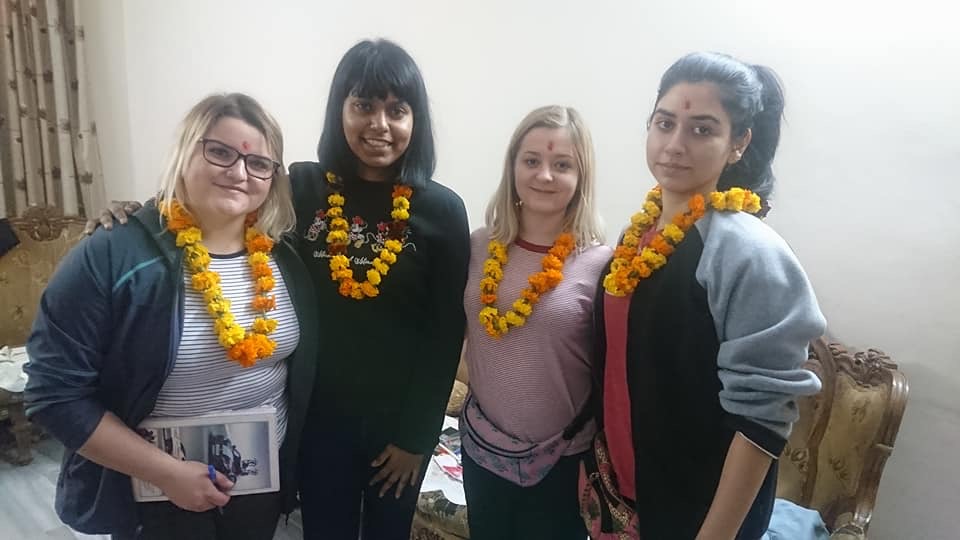 In the afternoon we went to the old Faridabad market. This was quite an experience as it was so busy and we attracted quite a lot of attention. One thing that I thought I was prepared for but wasn’t was the extent that the locals will stare at you. Like properly stare. It’s a little bit discerning at first but you kinda get used to it. The market itself was quite cool and you could get a variety of different things there, from clothing to jewellery to fruit and veg. 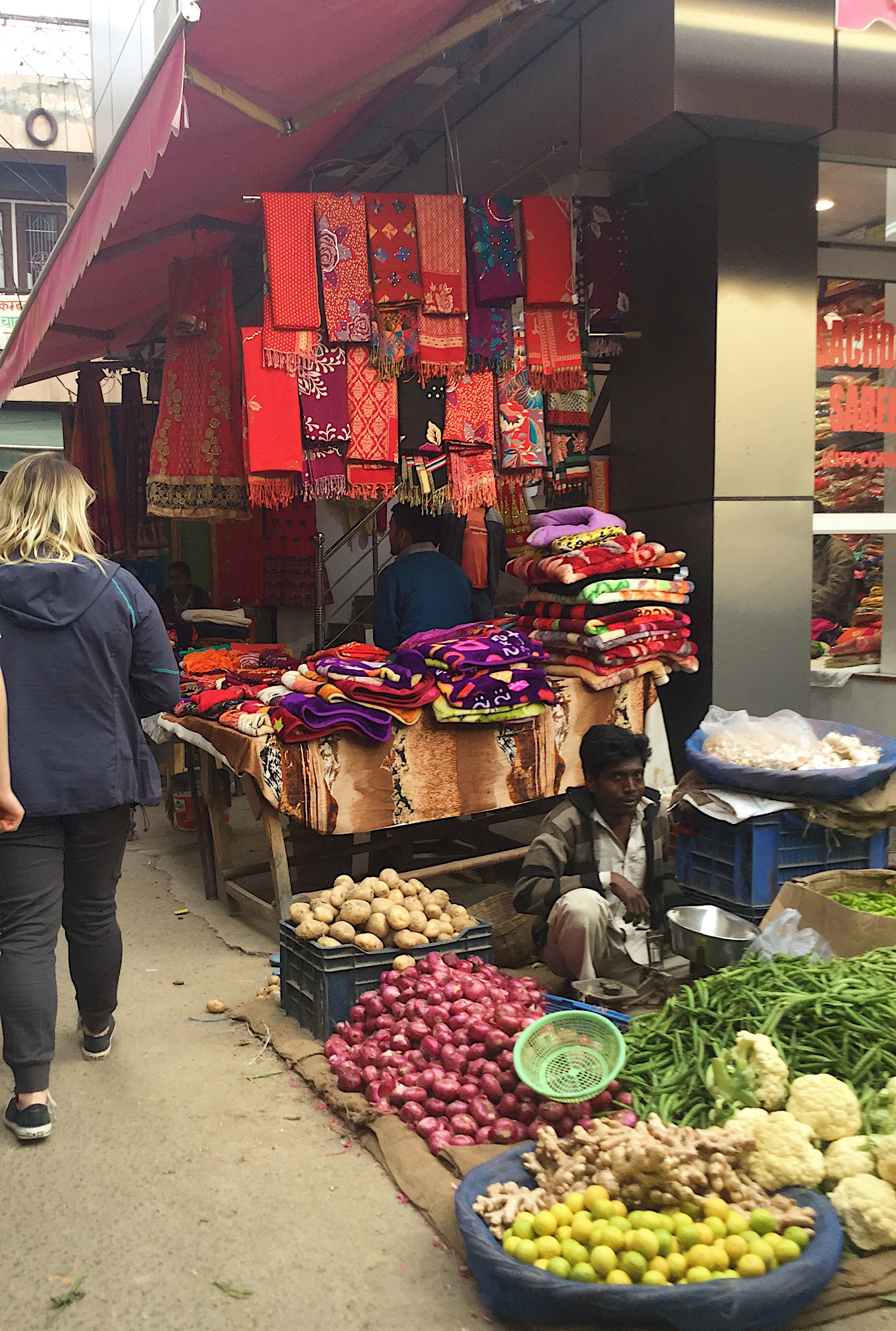 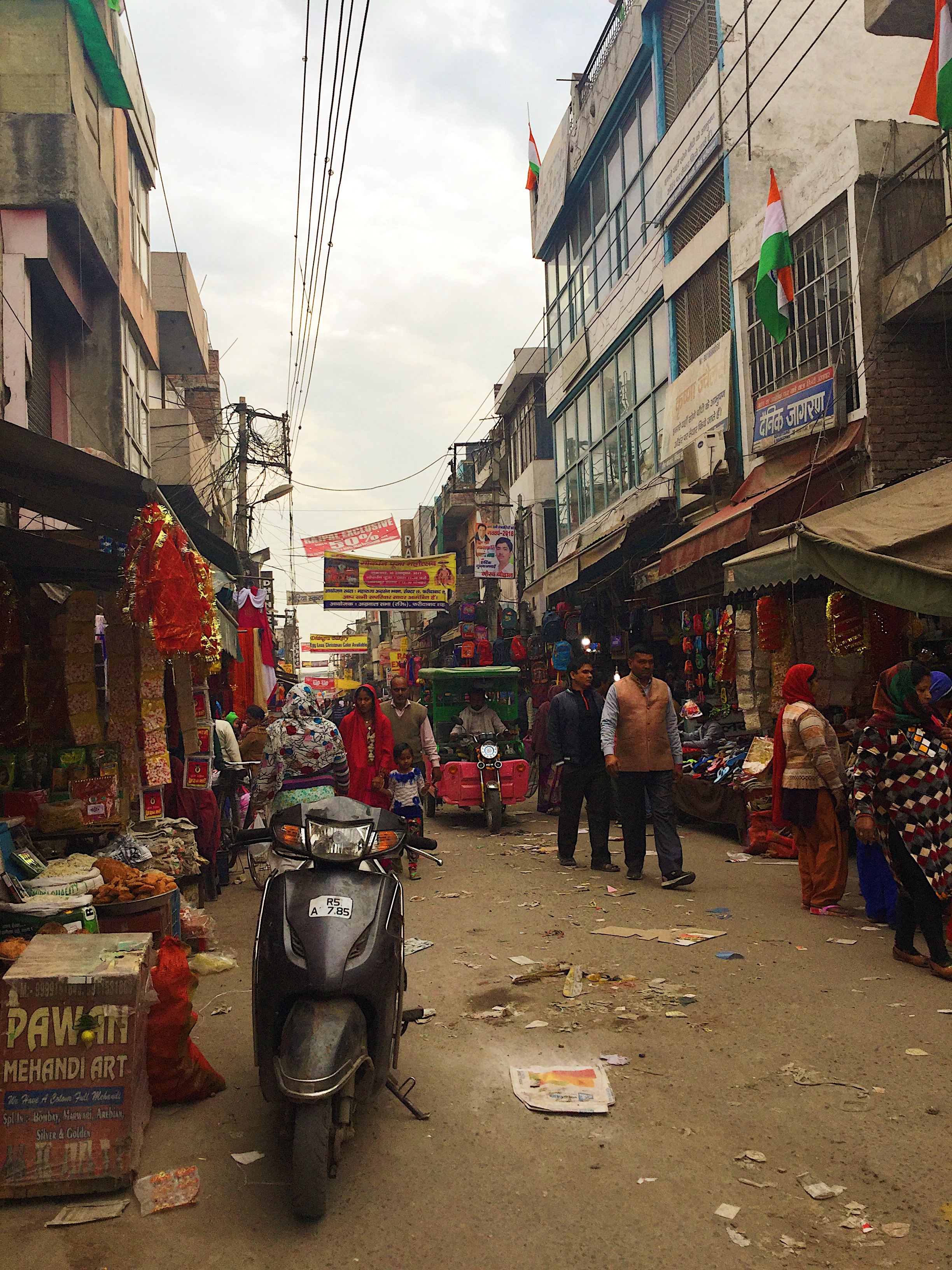 The next day we spent the day exploring New Delhi. We started the day by visiting the Qutab Minar, which is an old Hindu temple. I really enjoyed visiting here and it was quiet compared to the constant beeping of the city. It’s construction was first started in 1192 by Qutab Ud-Din-Aibak and it is a UNESCO world heritage site. 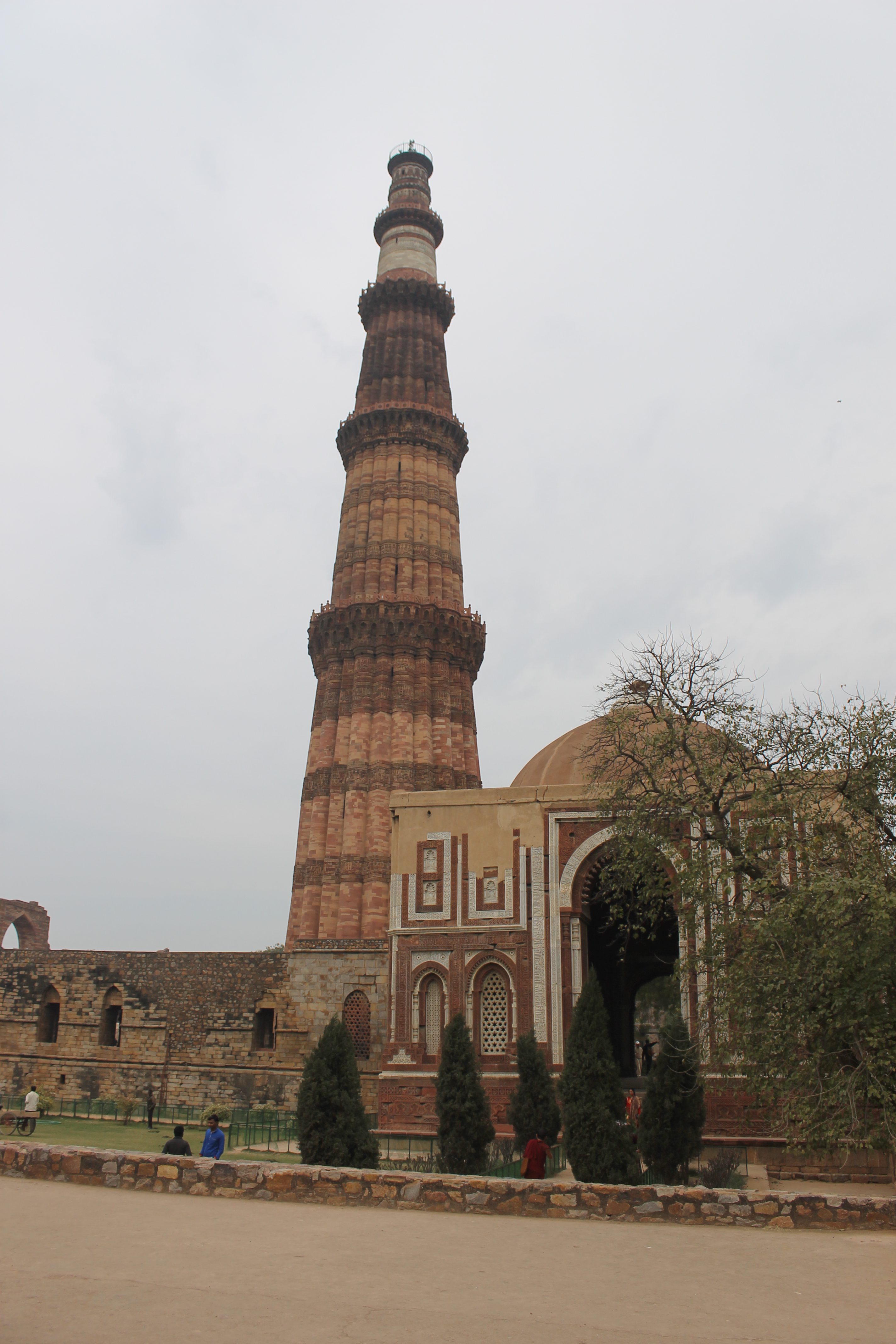 After we went to visit Humayuns Tomb, who was the Mughal emperor Humayun. The tomb is quite cool to look around and apparently is often known as the Taj Mahal of Delhi. 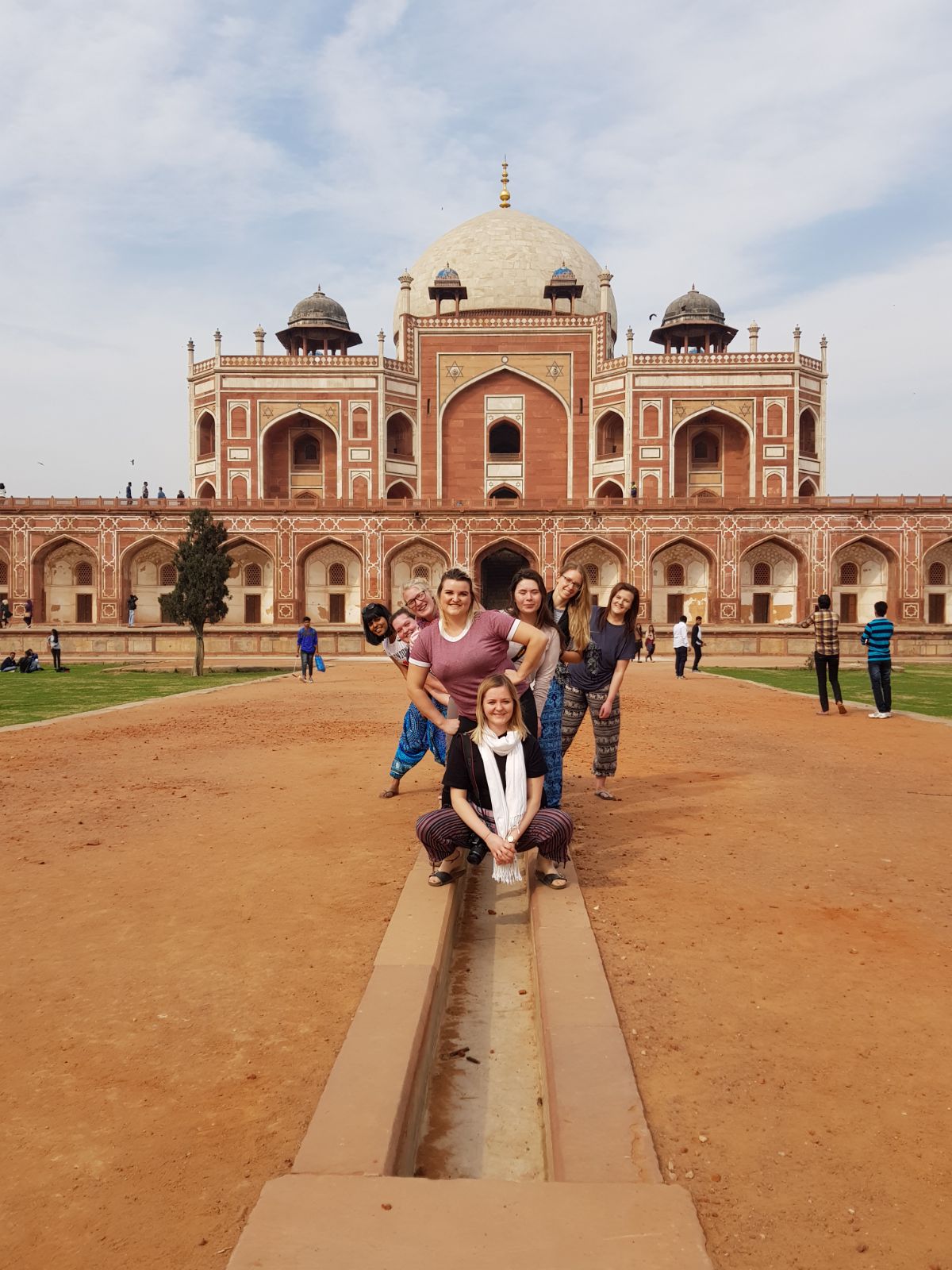 Next we went to the Lotus Baha’i temple. This is a place of worship which is open to all religions, where anybody can come and worship or pray. although I’m not religious it was quite cool to have a look around and it was definitely very peaceful inside.

Finally we went to visit a Factory outlet. Although this was kinda cool to see I didn’t actually buy anything as I knew I could get it cheaper at a market.

That evening we stayed at the homestay and our house mum and her daughter tried to teach isn’t some Bollywood dancing. However, this fell through and we ended up doing the universal dance of the Macarena! 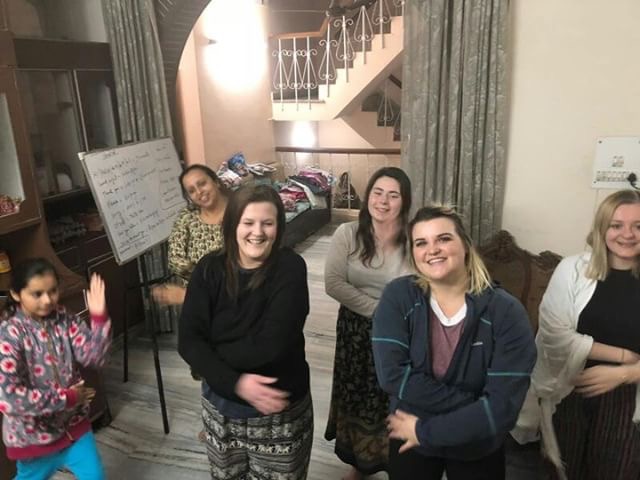 In the morning we had a Hindi Lesson where we learnt some adjectives, pronouns and simple sentences. E.g Food is delicious (Khanaa swadisht hai)

In the afternoon we went to see a Bollywood movie at a local cinema called Padmaavat. This was about a medieval Indian Queen called Padmavati and tells of her marriage to Maharawal Ratan Singh and their fights against an evil tyrant. I didn’t actually understand what was going on though until I Wikipedia’d it.  I still enjoyed the film although it was kinda long. Apparently there was a a lot of controversy surrounding the film due to the fact that there might be historical inaccuracies.

After we decided to go try and find a bar. We got a Tuk-Tuk to take us to a place where our group leader suggested and managed to squeeze 8 of us into one.  We went to this weird bar in the middle of a shopping mall, where they were preparing for a party later on. Some of us ordered cocktails but it seemed like they didn’t actually know how to make them as there was a long wait til we actually got our drinks. But when they arrived they were actually really nice.

It was really sunny that day and so we relaxed on our roof when we had our lunch which was super yummy! Actually, all of the food we had here was super good! I really want to learn how to cook proper Indian food!! 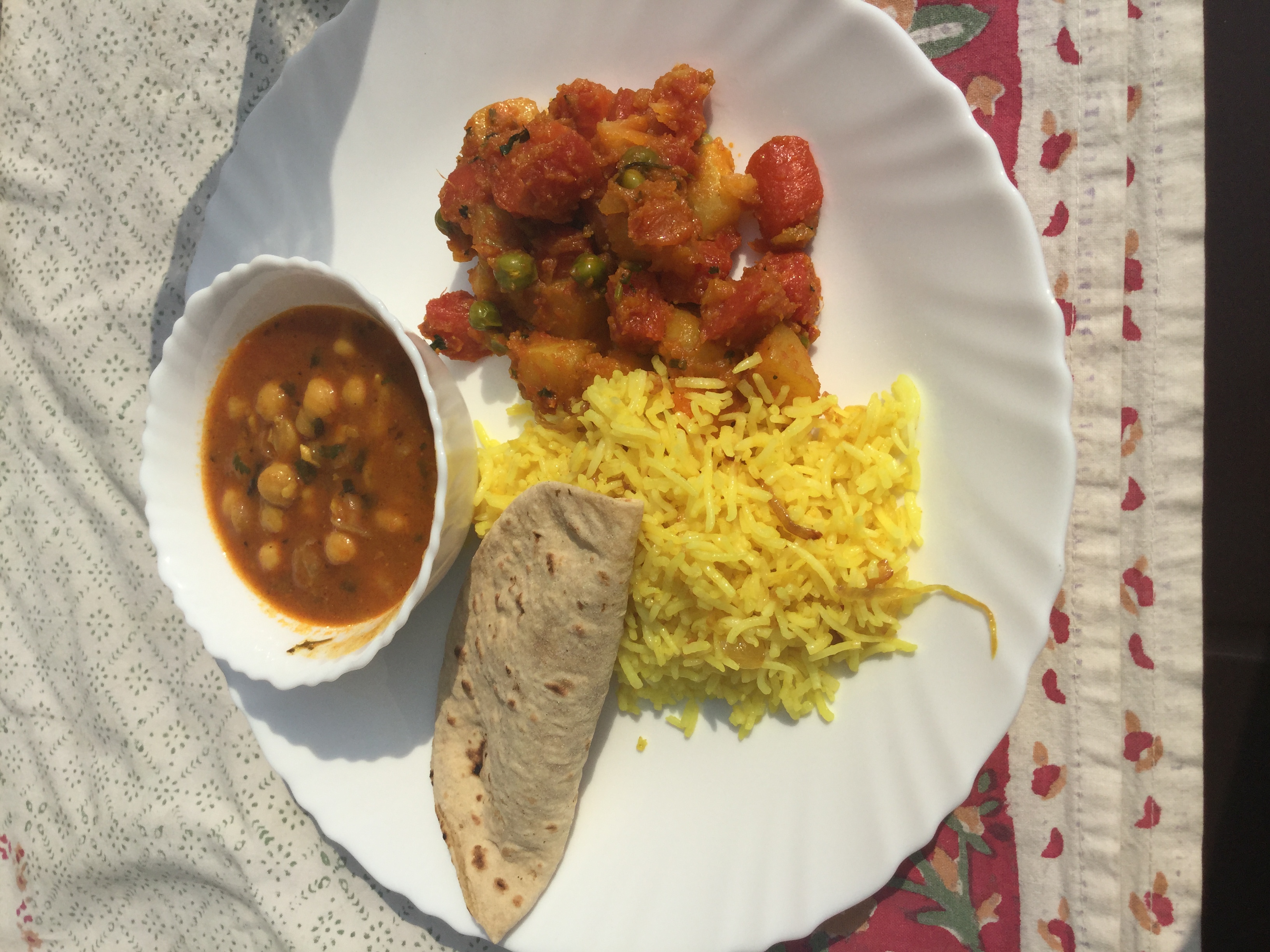 On Thursday we spent the day exploring Old Delhi. Firstly we stopped off at Raj Ghat, which is where Mahatma Gandhi was cremated. This was cool to see but there wasn’t actually that much to do there so we didn’t stay long. 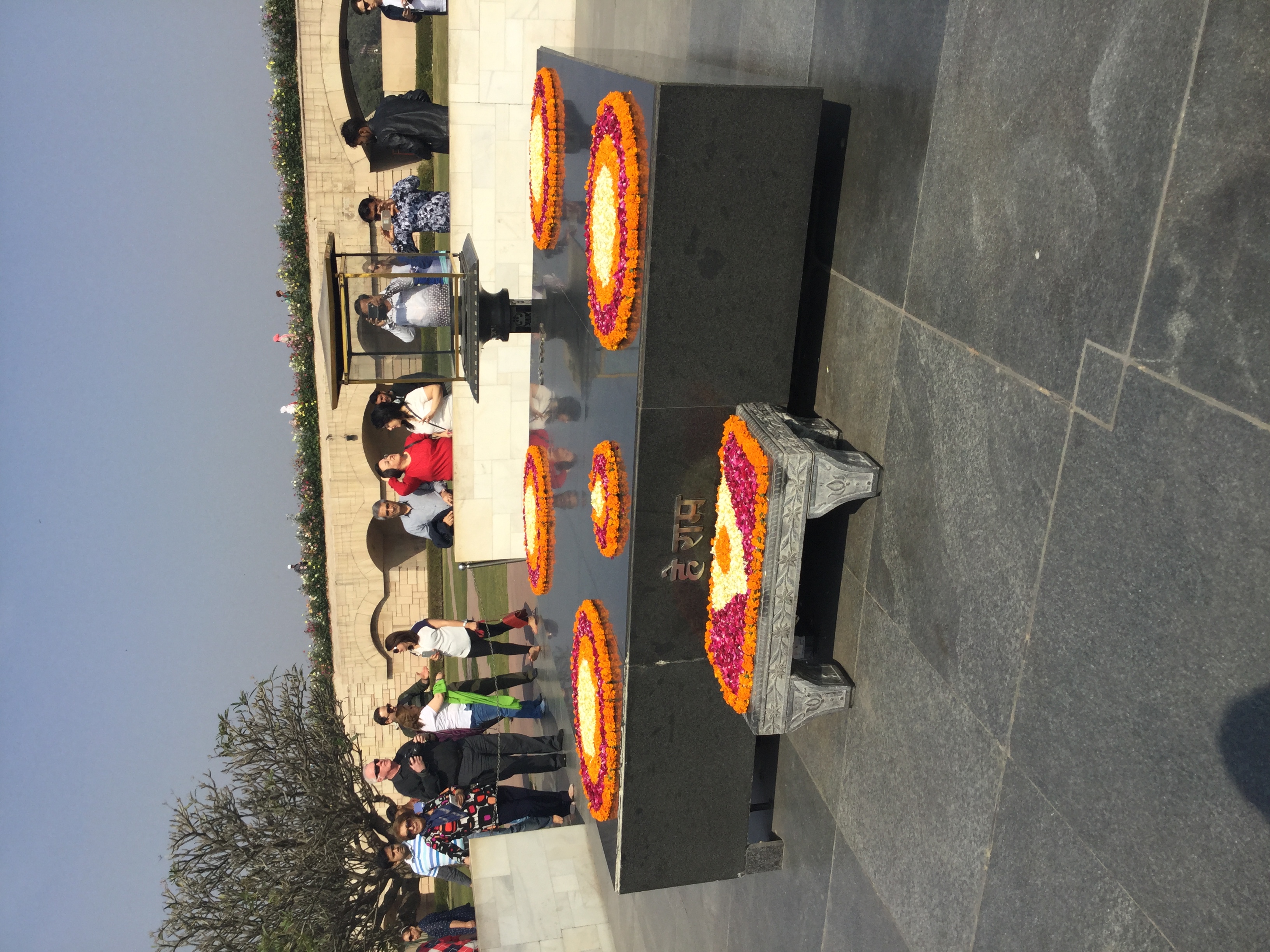 After we went to the Red Fort. This looked really impressive from the outside and was huge. We got a lot of attention here from the locals and lots of people asked to take picture with us/ just took pictures f is anyway. I wasn’t that impressed with the red fort to be honest. It was kinda run down and there wasn’t too much to see. Although there was a little market in there where I bought a cute scarf for 300rp, or around £3.40. 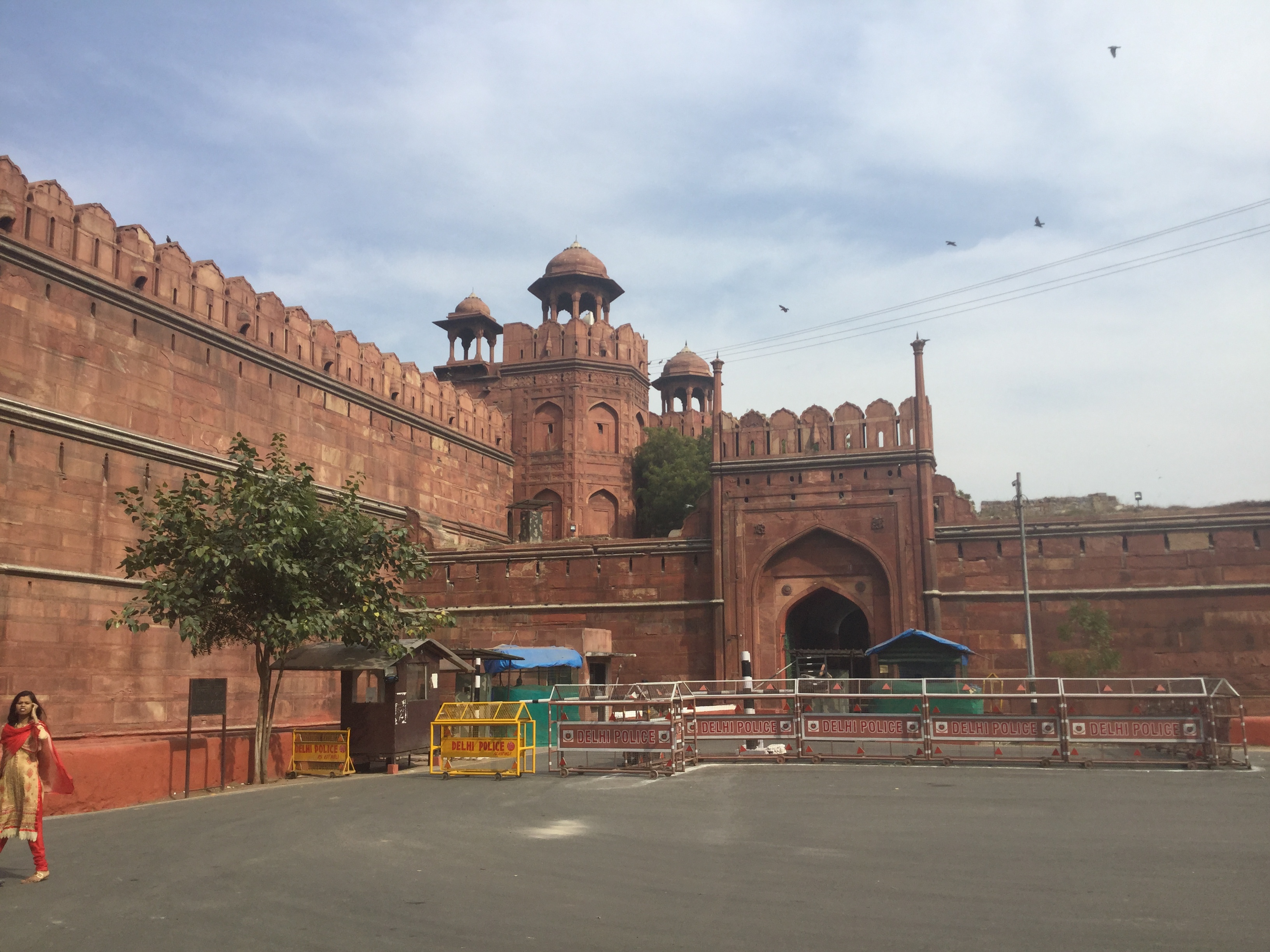 Next we went to visit the Gurudwara Bangla Sahib. This is a Sikh temple and I actually thought it was really cool. The outside was really impressive and was made out of white marble with beautiful carvings in it. In order to enter we had to take our shoes off and cover our heads. We also had to wash our hands and feet. Inside was really peaceful and covered in ornate gold. We sat for a bit and listened to the Guru in the middle. After we went to see the kitchens attached. Here they cook for visitors to the temple for free, and the idea is that nobody should go hungry which I thought was a really nice concept. 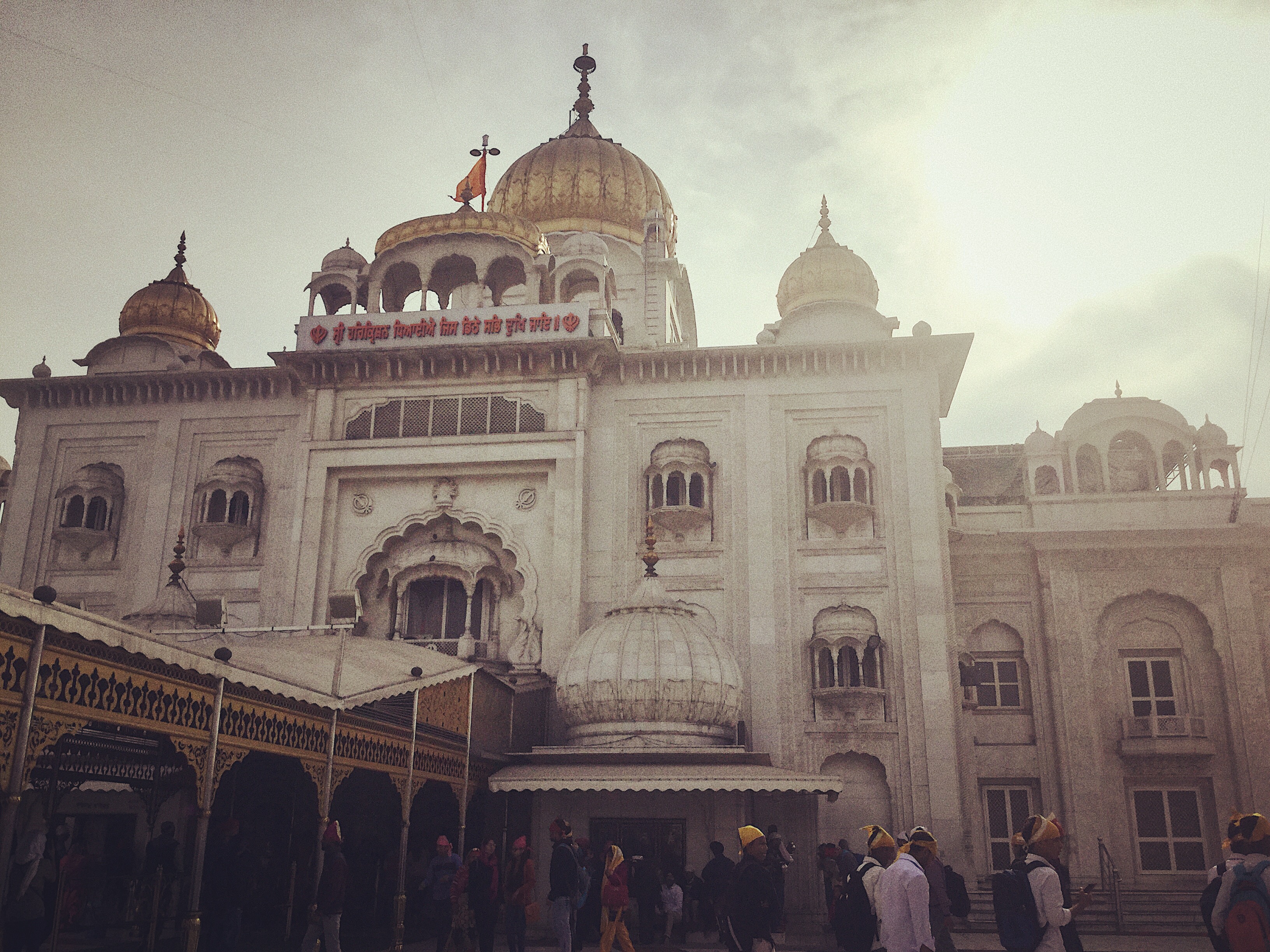 Next we went to India Gate which is a memorial to the Indians who served and died during the First World War. The gate itself was quite cool to look at but it was so crowded and full of street hawkers that the experience wasn’t actually that pleasant. There were people coming at you from all sides trying to sell you stuff and women coming up to you and trying to paint henna on you without asking permission. So all in all it was actually quite stressful and we didn’t stay long. 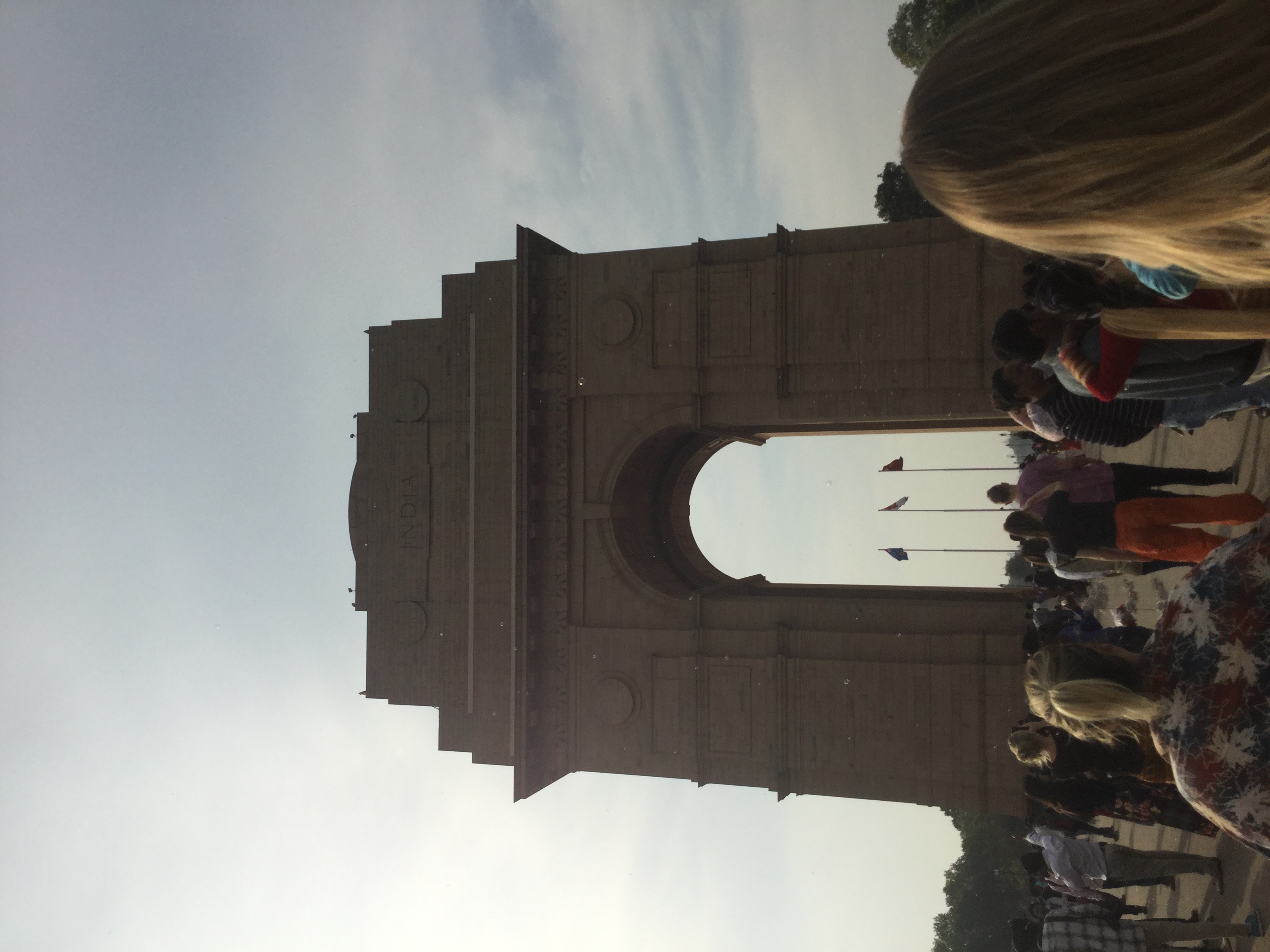 Finally we went to visit the Delhi Hatt market. We had to pay 100rp to enter here, but compared to other markets we ha revisited it was really chill but perhaps a little bit more pricey. I bought a cool skirt for 400rp which in England would have been a steal. I also bought some gifts for friends and family back home and enjoyed just having a walk around. 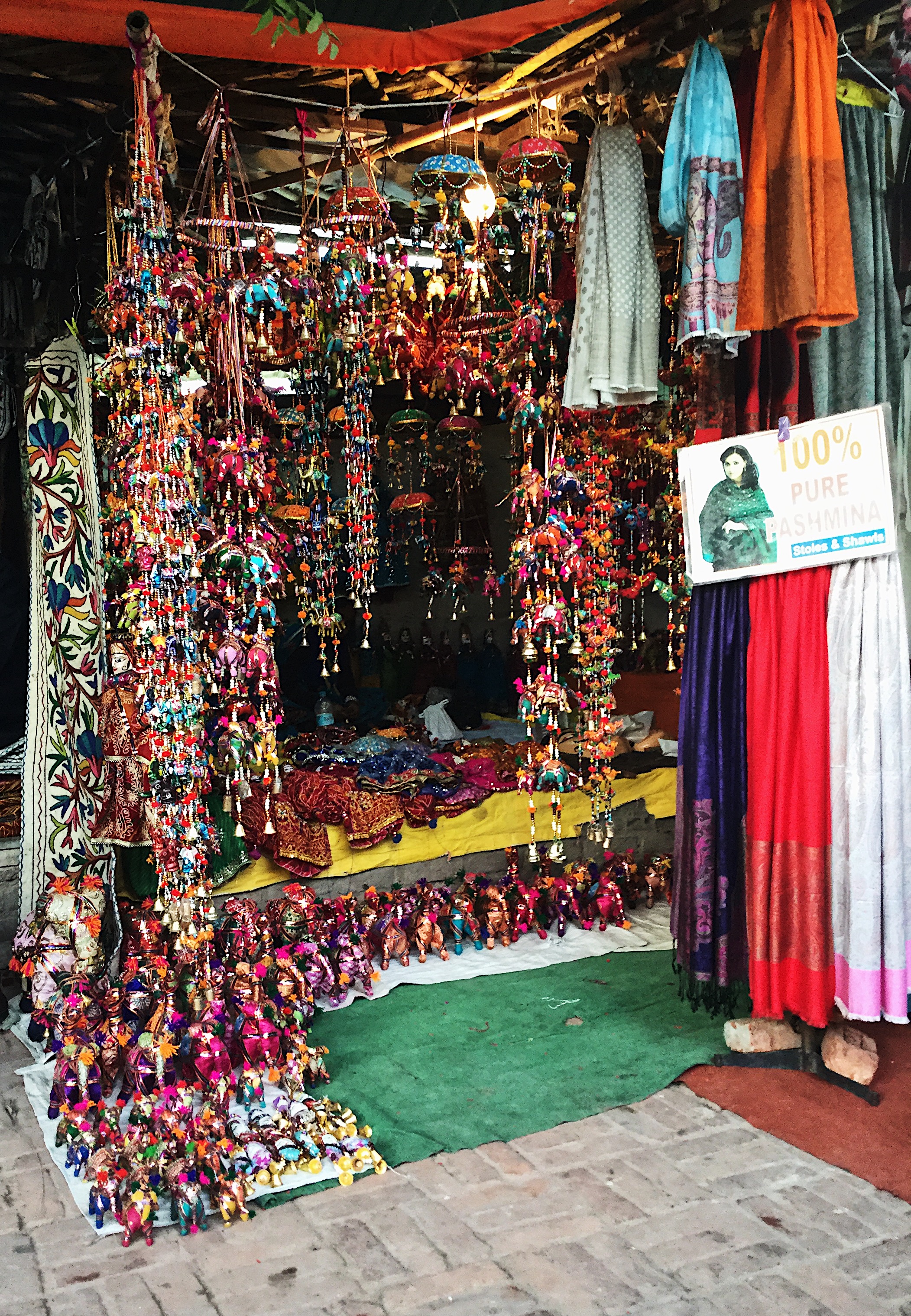 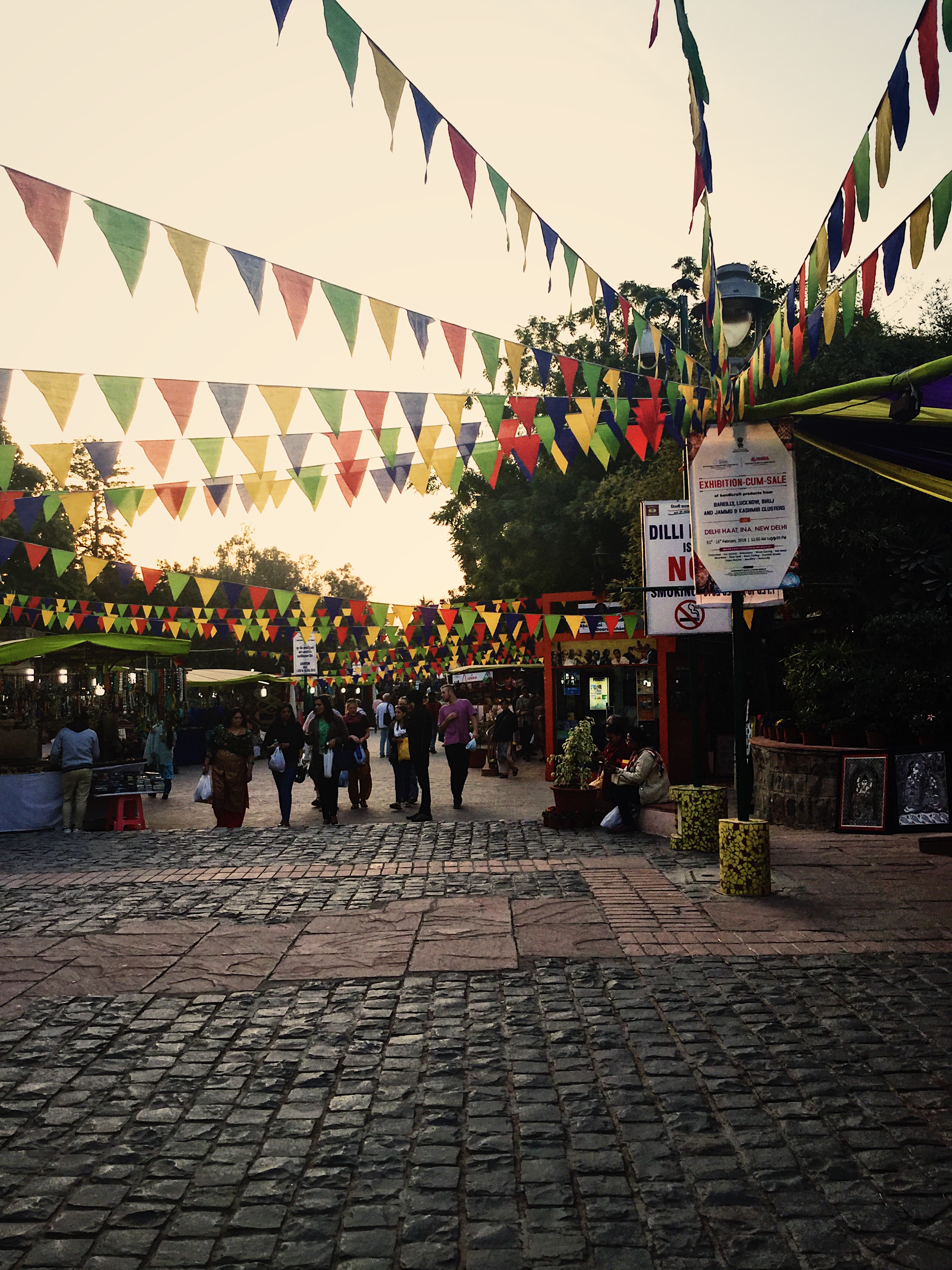 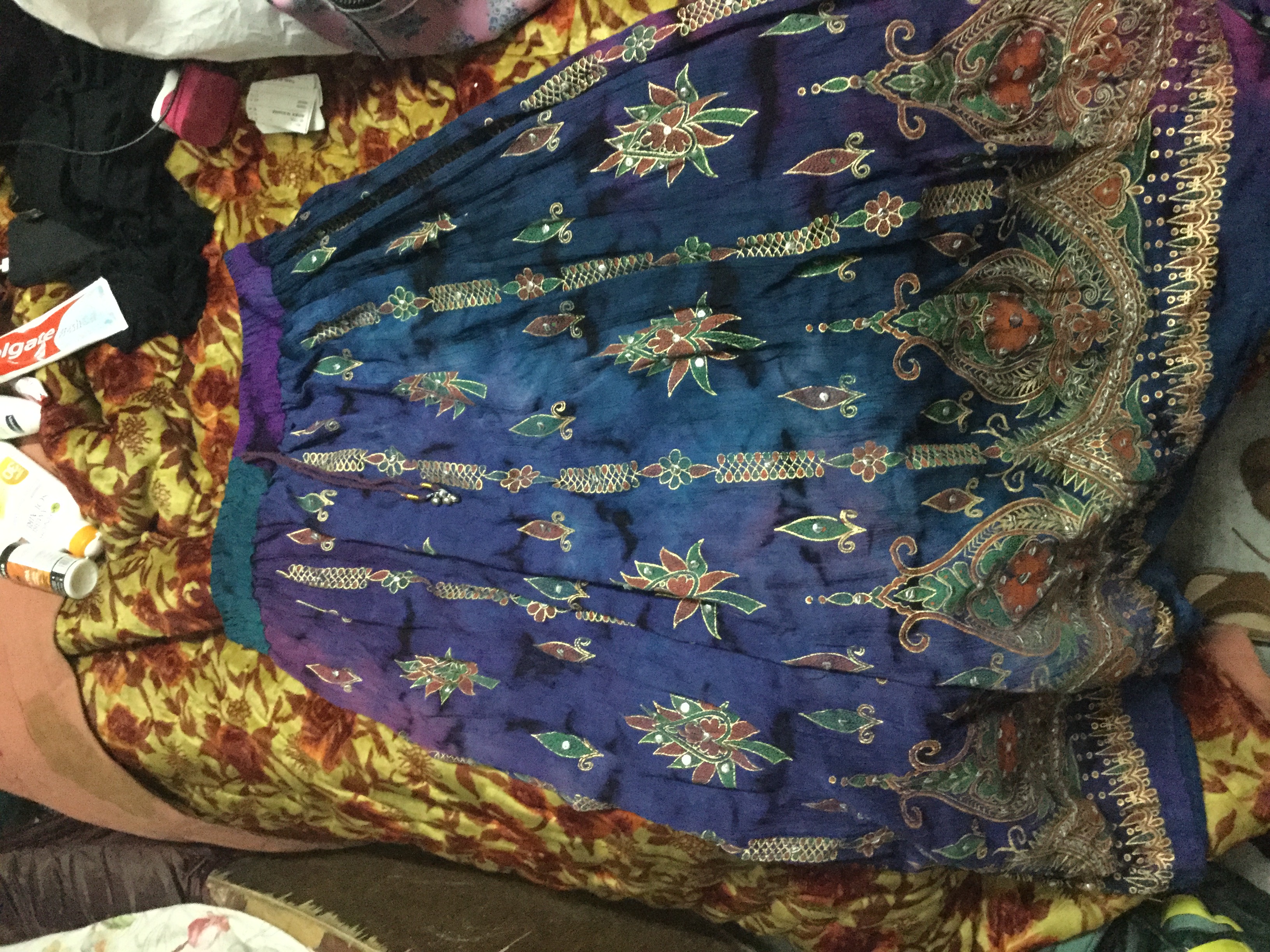 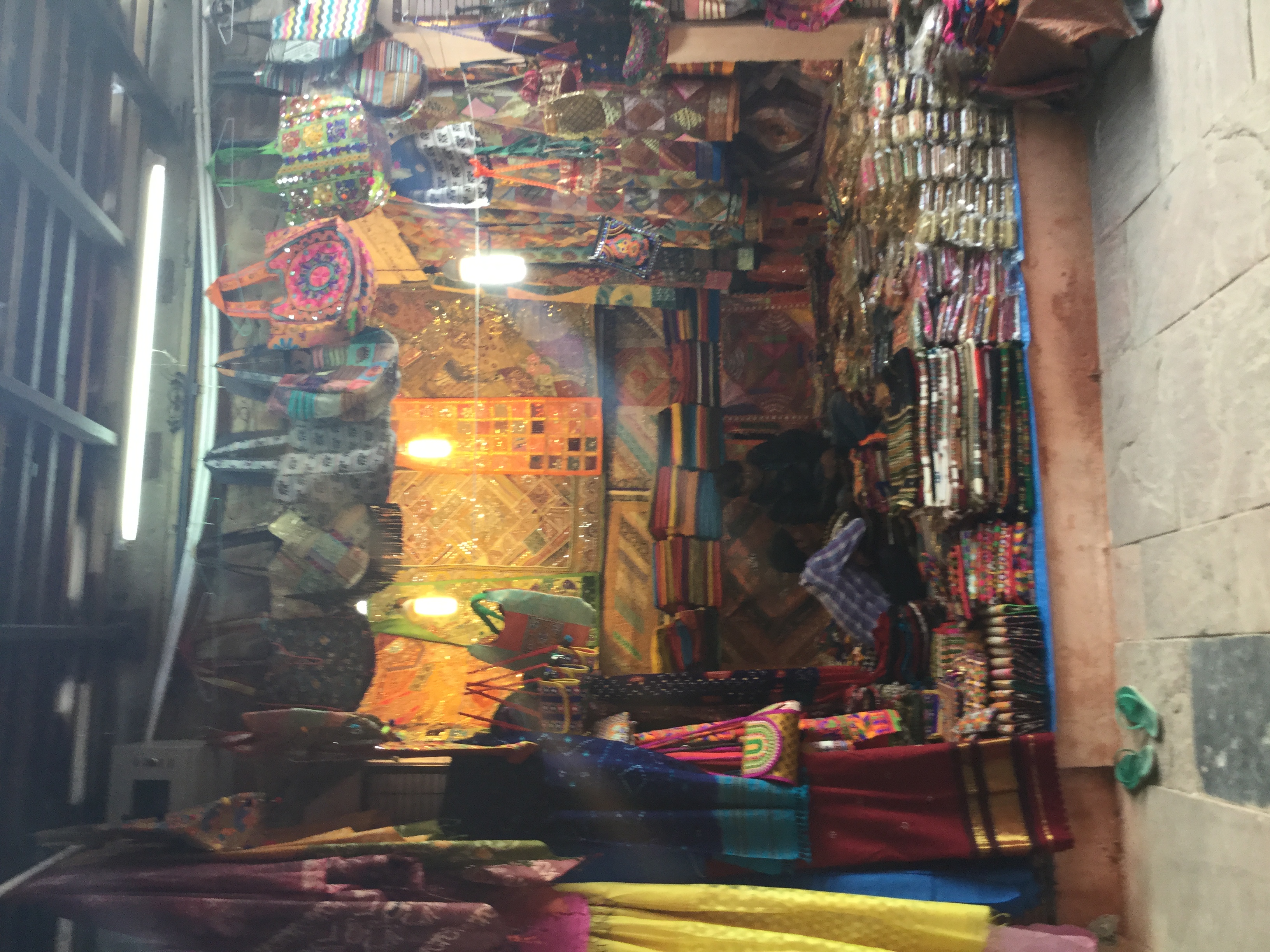 It took around 2 hours to get back to Faridabad where I’m staying because traffic is so we got back quite late, so I just ate and went to sleep, hardcore.

On Friday we had another Hindi lesson where we learnt how to have a basic conversation, and then additional words such as household items, colours and animals. I think I need to sit down and actually try and learn the language as I’ve not actually taken any of it in.

After we went to a local fair in Faridabad called Serajkund mela. This was a cool crafts fair that also had rides. However, on closer inspection the rides didn’t look that safe so we decided against them. The stalls were really cool and the decoration wouldn’t have been out of place at a hipster festival in the UK. I enjoyed walking around here and it was a chill afternoon. 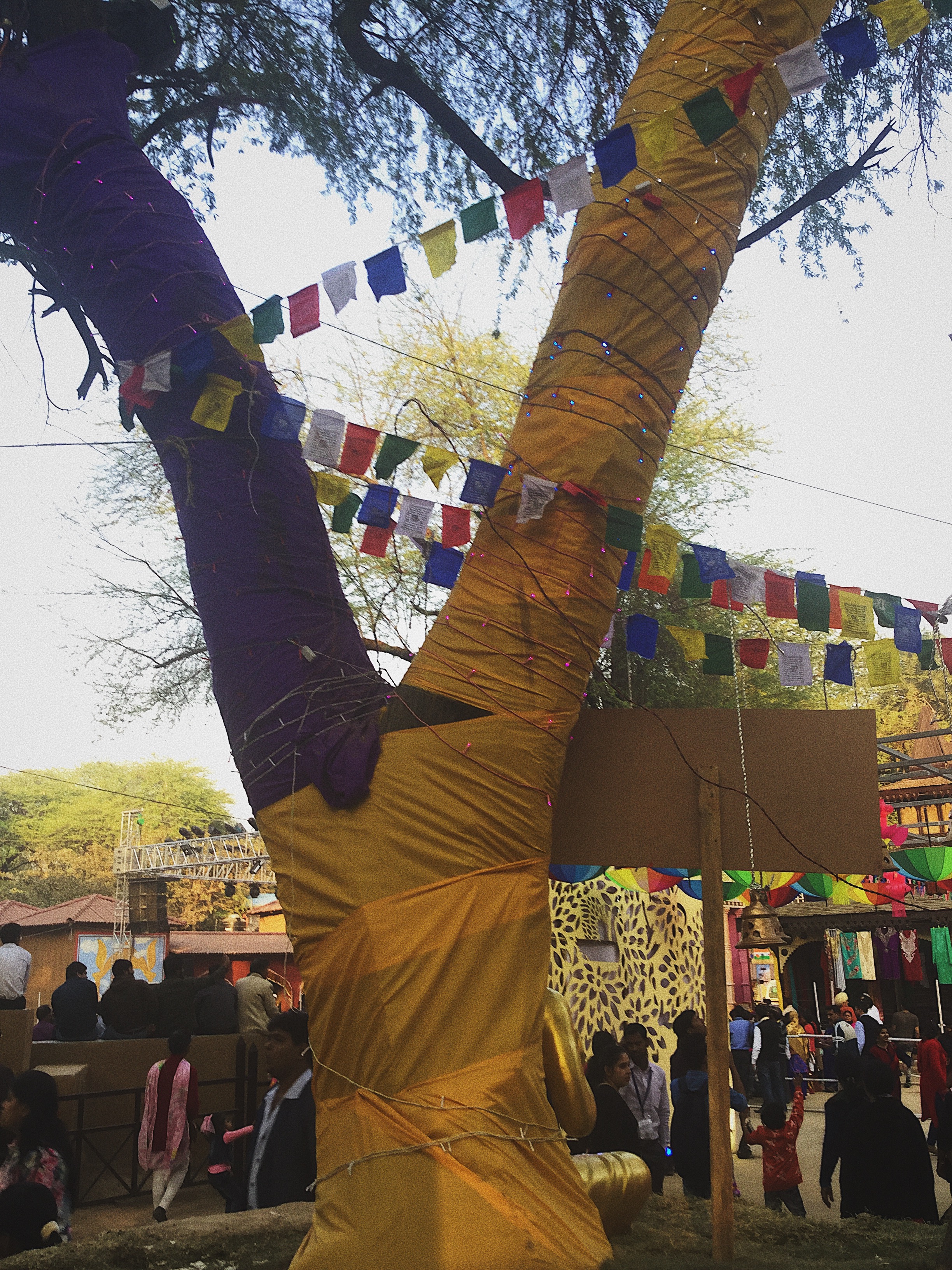 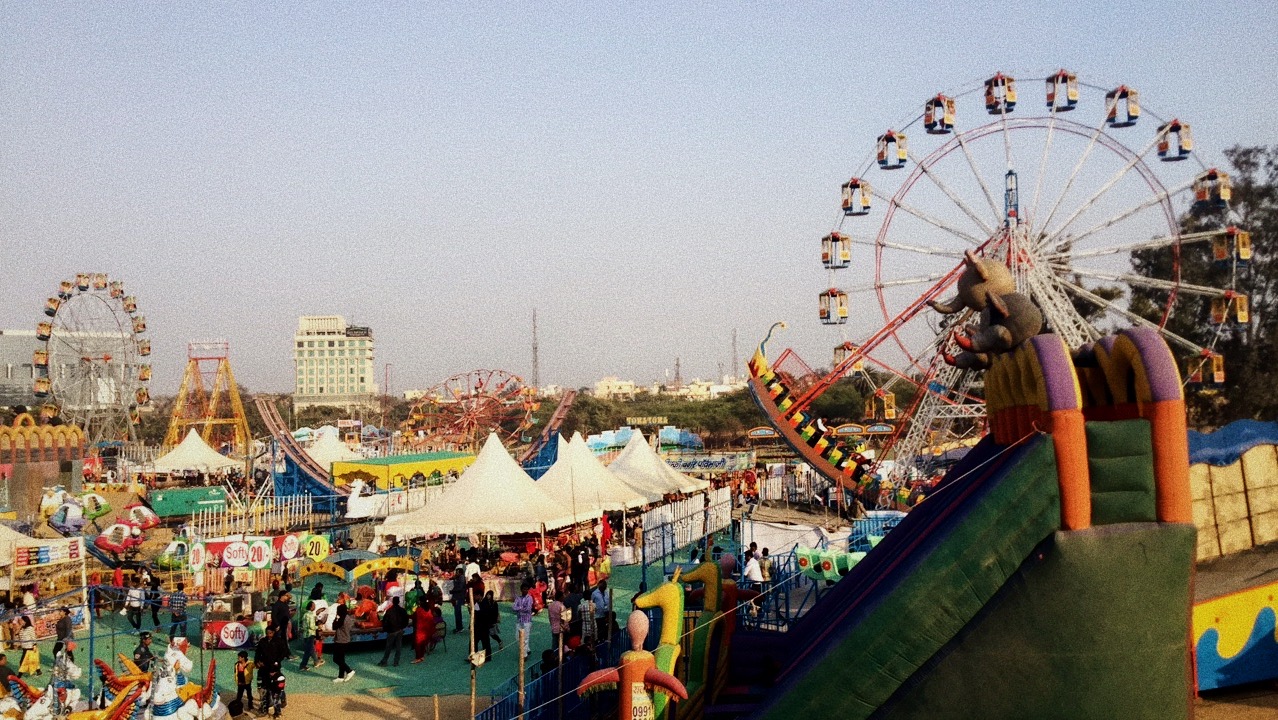 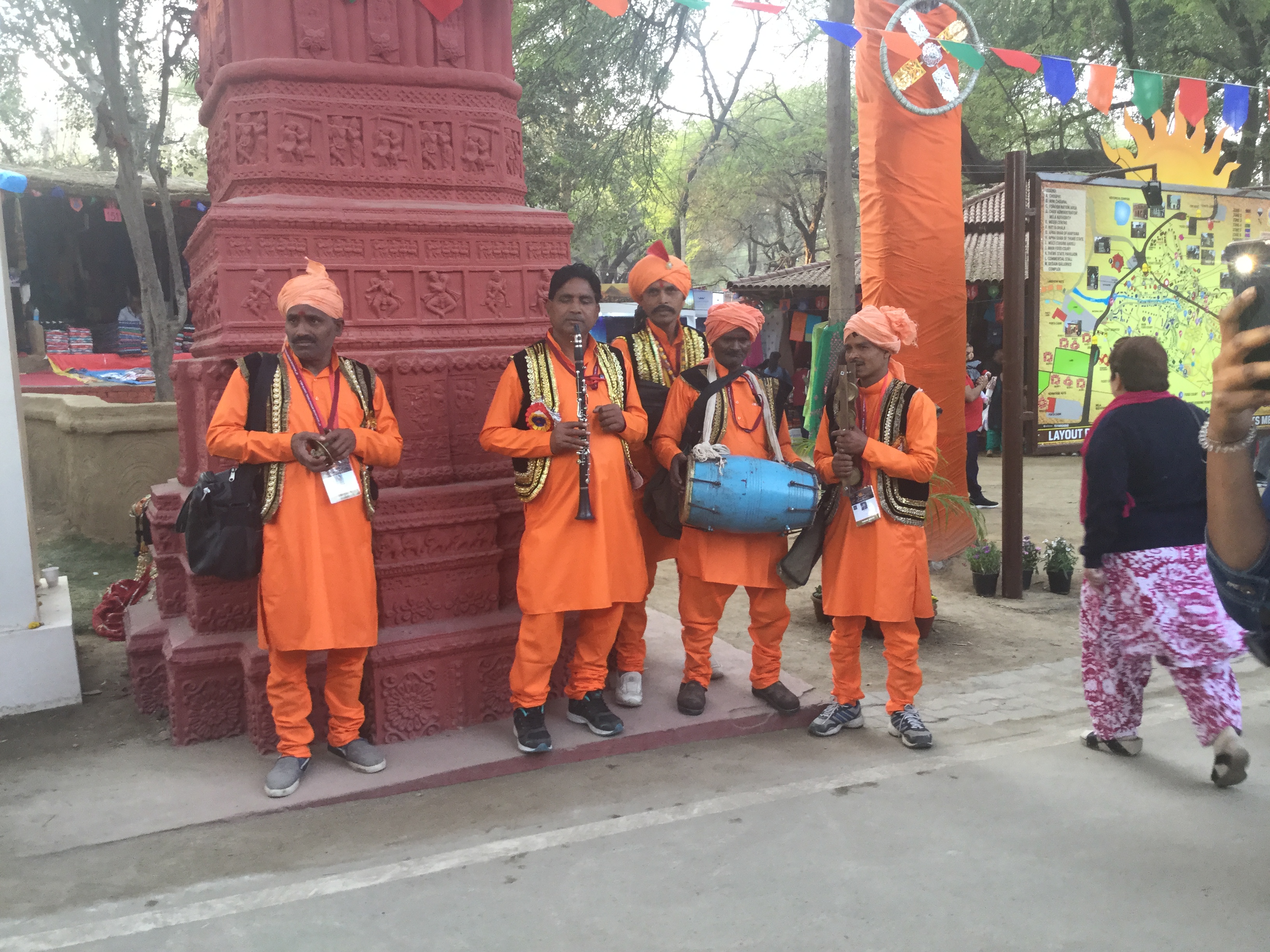 India is definitely something else. Nowhere else I’ve been has had such an assault on MyMMU all of my senses. From the constant beeping of car horns whilst driving to the mixture of smells as soon as you leave your front door, both good and bad. Nowhere else have I seen some abject poverty but also met some genuinely nice people who just want to help you. I’ve only been here and week so I’m sure there’s more for me to discover yet!

We decided to go for Dominos for dinner as we had had quite a lot of curry by that point and were craving some western food. It was actually delicious and was so needed.

So my first week of sightseeing is over and now I’m going to start three weeks of volunteering with slum children!

1 thought on “My first few days in Delhi”