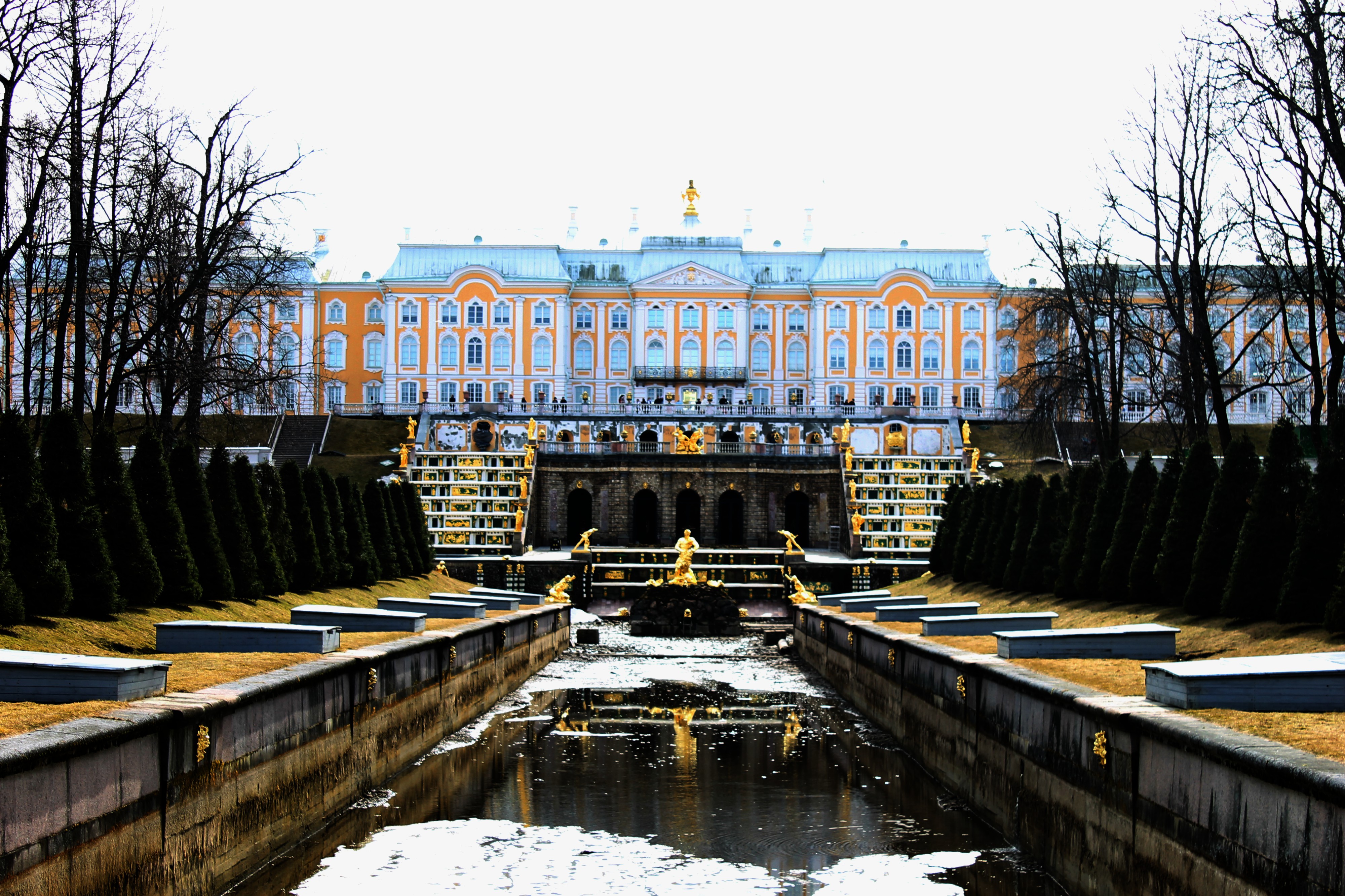 Our third day in Saint Petersburg was spent slightly outside the city. We went to visit the Peterhof Palace. To get there we had to take the metro and then a bus. We saw some pretty cool soviet metro stations on the way, which were particularly interesting for a history geek like me.

We decided in the end not to actually go inside the Palace, but instead wandered around the gardens and at the fountains, despite the fact that they are not switched on in Winter. The stream itself that flows down from the fountains into the Sea was frozen over in places. Peterhof is often referred to as ‘the Russian Versailles’, and I can definitely see why. The palace gardens were lovely to have a stroll around, and we could also look out over the Gulf of Finland and could even see Krondstadt (which I have heard about from the Krondstadt revolt, sorry, history nerd). I would love to visit again in the summer when the fountains are switched on and the flora in bloom!

As an extra treat, we also got to see lots of red squirrels in the palace gardens! In England, it is so rare to see a red squirrel and so I really loved seeing them, so cute!

After, we decided to go a different way home and walked through Peterhof in order to get a Baltic Train home. Although the train itself was a little old, the train station itself was amazing!

For dinner, we decided to try some Georgian food. We went to a restaurant not too far from the hostel called Khachapuri i Vino. Here we tried Georgian wine and you guessed it, Khachapuri. This delicious dish is traditionally served as a cheese-filled bread, sometimes with an egg fried into it. Whilst my friends opted for this (which I had a bite of and was delicious) I opted for a different variety which was cheese and mashed potato inside the bread! This was absolutely divine, very cheap and very filling! If you ever visit Russia, Georgia or anywhere nearby that serves it you need to try it!!

So, that was our third day in this amazing city! Keep your eyes peeled for the fourth and final post on my visit!