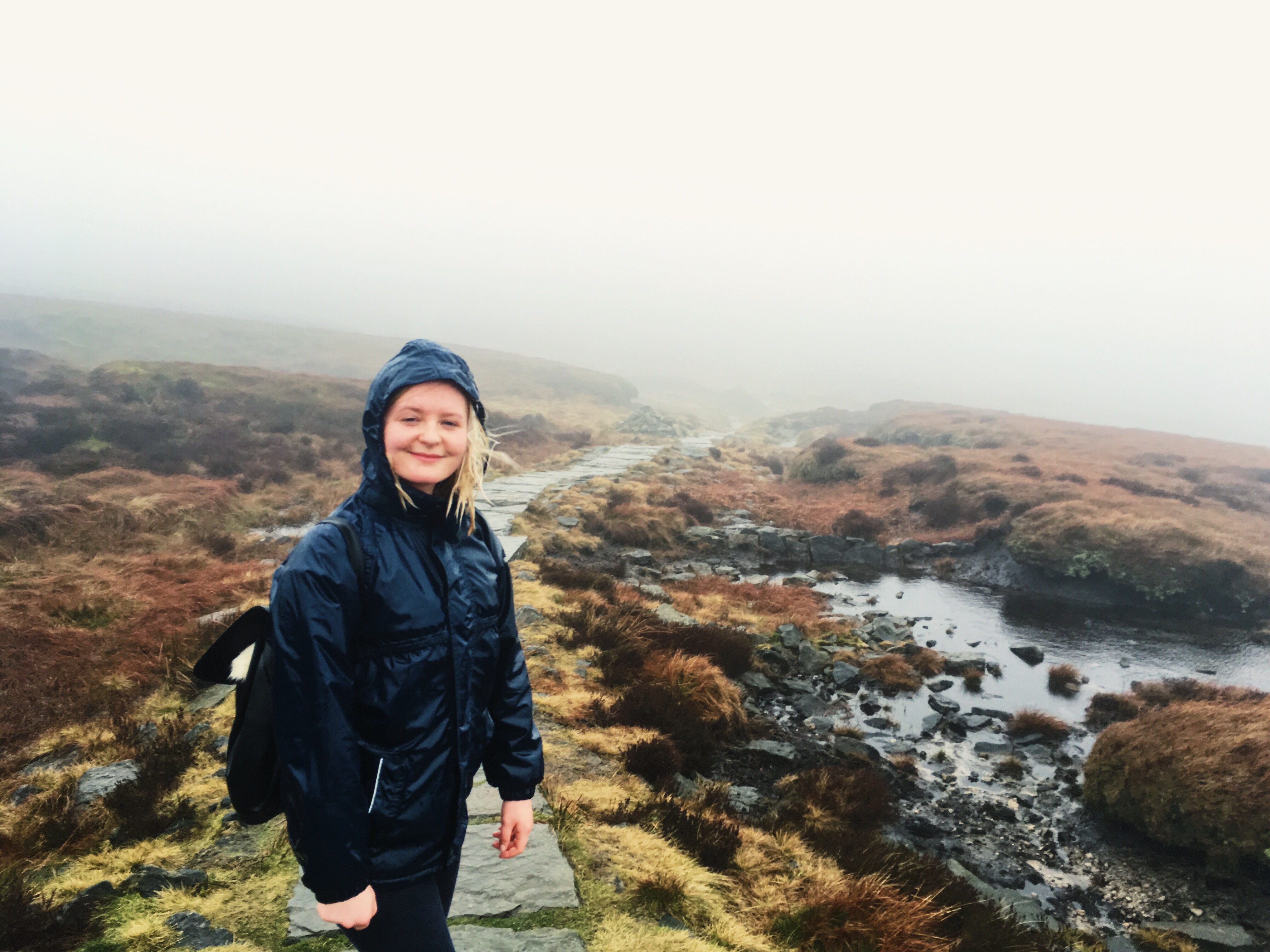 Ever since I was little, my dad would always take me up the Peak District in Derbyshire for a day out. We’d take a packed lunch and just walk around the countryside for a day, taking in the views. As I’ve got older, my love for the peaks is still as strong, and recently my boyfriend has also discovered a fascination with the British countryside.
This weekend, we decided to go out for the day and walk the start of the Pennine Way. The weather wasn’t great, but we thought it would be fun anyway. We got the train from Manchester to Edale, which was only £7.50 for a day return (with a 16-25 railcard). From there, we started out adventure by walking into Edale, then followed the signs until we reached Jacobs Ladder, which is where the incline begins.

I’m not going to lie, those steps were hard work. But totally worth it. Due to the weather the view wasn’t too great from the top, but it also meant that it was pretty much just us up there. I love the fact that you can go somewhere in England where you can literally hear nothing (apart from the wind). No cars, no people, nothing. We stopped for a lunch at the top, complete with scones, jam and clotted cream, how very British of us!

As we had arrived quite late we decided to take a short cut back to edale across the top of kinder scout, so that we didn’t lose the light. But this also meant that we had to jump over huge ravines and try not to get stuck in the peat bogs, which were particularly squishy due to the rainy weather! But we eventually rejoined the path, playing Rusted Roots’ ‘Send Me On My Way’ for encouragement.

We also nearly got blown off the top of one particular incline, I’m not going to lie I got a little bit scared at that point. But we managed to get across and back down safely, and from there started the descent back to Edale.

Once we arrived back into Edale, we had about an hour to kill until our next train. So to finish off our walk, we stopped at The Rambler Inn, a local pub, for a well deserved pint!

If you haven’t been already, I’d highly suggest going to the Peak District for a day out. First of all, it’s free! And its exercise, hello summer body! But best of all, it’s just nice to get away from the world for a bit, and if you go on a day when the weathers nice, the views are exquisite!

Have you ever been to the Peak Distict? Where is your favourite walk?