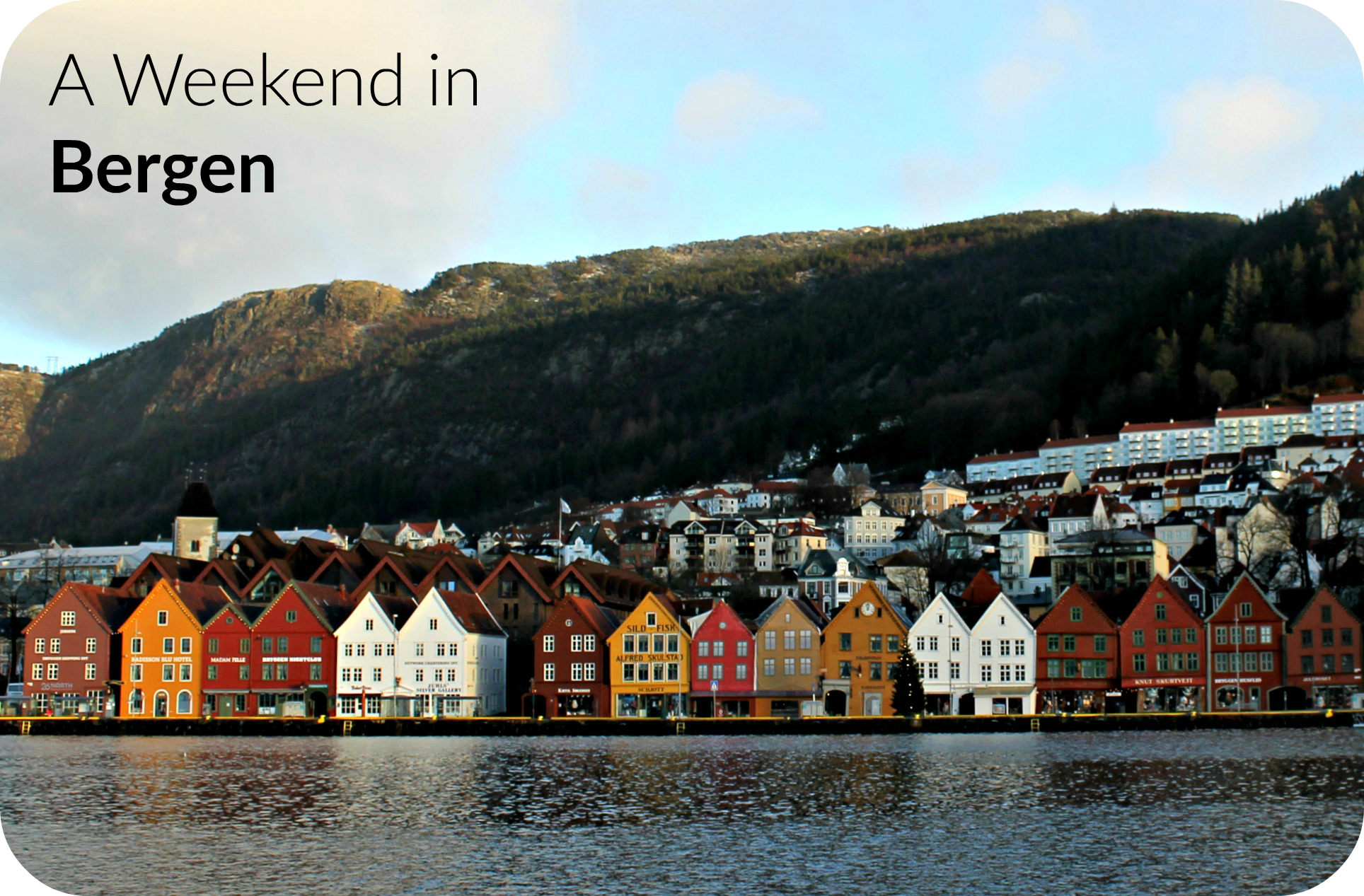 Hello 2017! Another year has gone by, and I had the pleasure of seeing in the New Year in Bergen, Norway. We arrived in the evening on the 30th of December and headed home on the 2nd of January, giving us plenty of time to take in the delights of this little town. We stayed in the Clarion Admiral Hotel which sat on the edge of the harbour, overlooking the UNESCO world heritage site of Bryggen, which was a fantastic view whilst you are eat breakfast.

On our first full day, we started out by going on a fjord tour, which we booked before we arrived through Visit Bergen. The tour took us from Bergen up to Mostraumen and cost 550 NOK each. I absolutely loved this tour and would highly recommend anybody considering it. It was bloody freezing stood up on the top deck so make sure you wrap up warm! The views were absolutely incredible, and we even got to drink some fresh Norwegian mountain water which some brave souls volunteered to collect, whilst also getting doused in the freezing waterfall!

After we got back, we spent the afternoon walking around Bryggen, the UNESCO world heritage site, although a lot of the shops were closed due to the fact that it was a Saturday and also New Years Eve. We also walked around the little coloured houses around Bergen and stopped for a coffee and a bite to eat in

For dinner we went to Egon Kjøttbasaren, which we had to queue a little while for as it was busy and we did not think to book, but it had an extensive menu and we both enjoyed our meals. After, we went to the bar Biblioteket to have a few drinks before the countdown to midnight. The bar was quite pricey (as to be expected), but it was busy and had a nice atmosphere to it, and we got a free glass of champers!!

To bring in the New Year, we joined the crowd gathered by the fish market and watched the fireworks over the harbour.

On New Years Day, we decided to hike up one of the mountains that overlooks Bergen, as most attractions were closed. The hike up to the summit of mount Floyen was fairly easy, and had a clearly marked pathway so there was no chance of getting lost. Once we got to the top, we stopped for a coffee, before heading off again to Mount Rundamanen, which was another 3 kilometres from Floyen. We spent pretty much all day in the mountains and the scenes were breathtaking.

For dinner that evening, we went to a little restaurant on the other side of the harbour to our hotel called 26 North. The meals here were reasonably priced and tasted very fresh! I had fish and chips, whilst Marcus had a burger, we couldn’t be more British if we tried! We stayed here for a little while, but after staying up late for New Years Eve and spending an entire day hiking in the mountains, we went back to our hotel for a well deserved rest!

On our final day in Bergen, we spent the day exploring a little bit more of Bergen. We walked around the town, up to the Church on the top of the hill, and also around the lake in the middle of the town. Marcus decided to try a reindeer hot-dog for lunch, which was served with juniper berry sauce, which he tells me was very nice.

Overall, we both absolutely loved our little stay in Bergen. There are plenty of other things to do which we did not, such as several art galleries and museums to look around. But for us, our main reason for coming was to take in the breathtaking views and relax, which we certainly did.