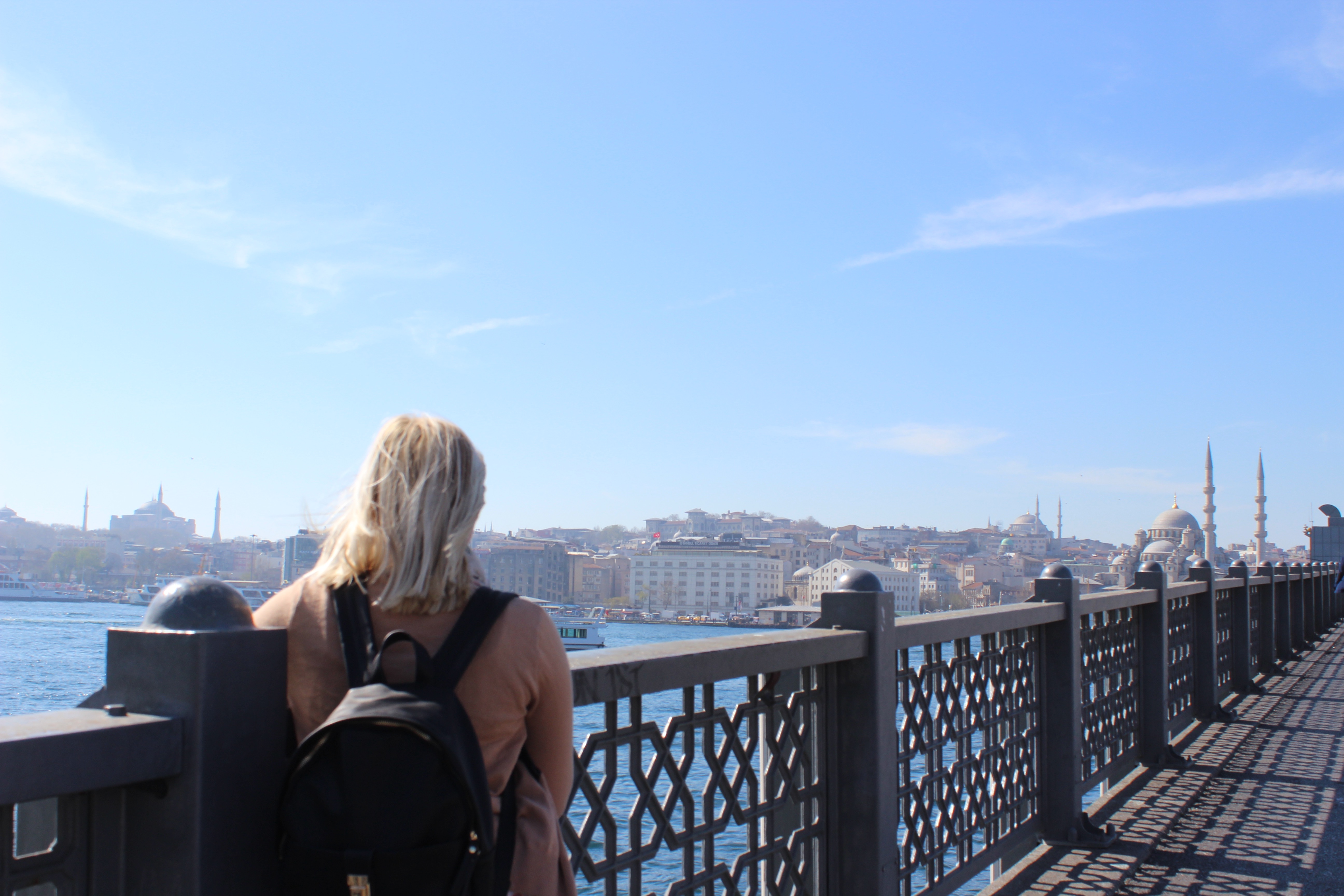 On our final full day in the city we explored the Topkapi Palace. However, as we were both feeling a little tired from the lack of sleep and walking around all day, we decided to take this day a little slower. On our way to the Palace we stopped for a cup of çay. This is the one thing that I have craved the most since being back in the UK and I wish I had bought some back with me, especially the Pomegranate flavour.

The Topkapi palace was a very interesting place, with rooms full of ancient artifacts. However, the thing that struck me the most was the stunning mosaics that were present all around the palace.

After we had toured the palace we walked around Gülhane Park which is located just outside it. The gardens were full of tulips, due to the tulip being a traditional symbol flower of turkey and the Istanbul Tulip festival that takes place every year around March/April.

Before heading back to our hostel to relax a little before going out for dinner, I decided to buy one of the famous fish sandwiches (Balik Ekmek) that I kept walking past when walking over the Galata bridge, and that can be smelt from the other side of the Bosphorus (only joking, but it is strong). Although I have tried to give up fish, sometime the temptation is just too hard to resist, and the queues for these sandwiches made me think that they really must be good. I was pleased to say that my assumptions were true! The fish tasted very fresh, and was served in the bun with a little lettuce and onion, but honestly the flavour of the fish was enough. If visiting Istanbul I would definitely recommend trying one.

For dinner, I decided to try Kumpir, a huge jacket potato mixed with butter and cheese with a range of toppings that I found quite unusual. I really enjoyed the taste of the kumpir, but I have to say I did receive some funny looks eating it in the street.

As it was our last night we decided to try out Istanbul’s clubbing scene. I have to say that they are very different to UK clubs, but they were much more free and people seemed to dance with much less restraint than they do back at home, which I think is much more enjoyable as you could actually let loose and enjoy yourself more.

All in all, i thoroughly enjoyed my stay in Istanbul and would definitely go back! As well as all of the amazing sights, just the friendliness of the locals and the chill atmosphere that hangs over the city is amazing. I honestly enjoyed sitting down drinking a cup of Turkish tea and just watching the bustle of the city as much as i did marveling at the buildings such as the Blue Mosque. I would recommend anyone traveling to Istanbul, and if two English girls who don’t speak Turkish can get around the city with no problems at all then anybody can. Go explore!