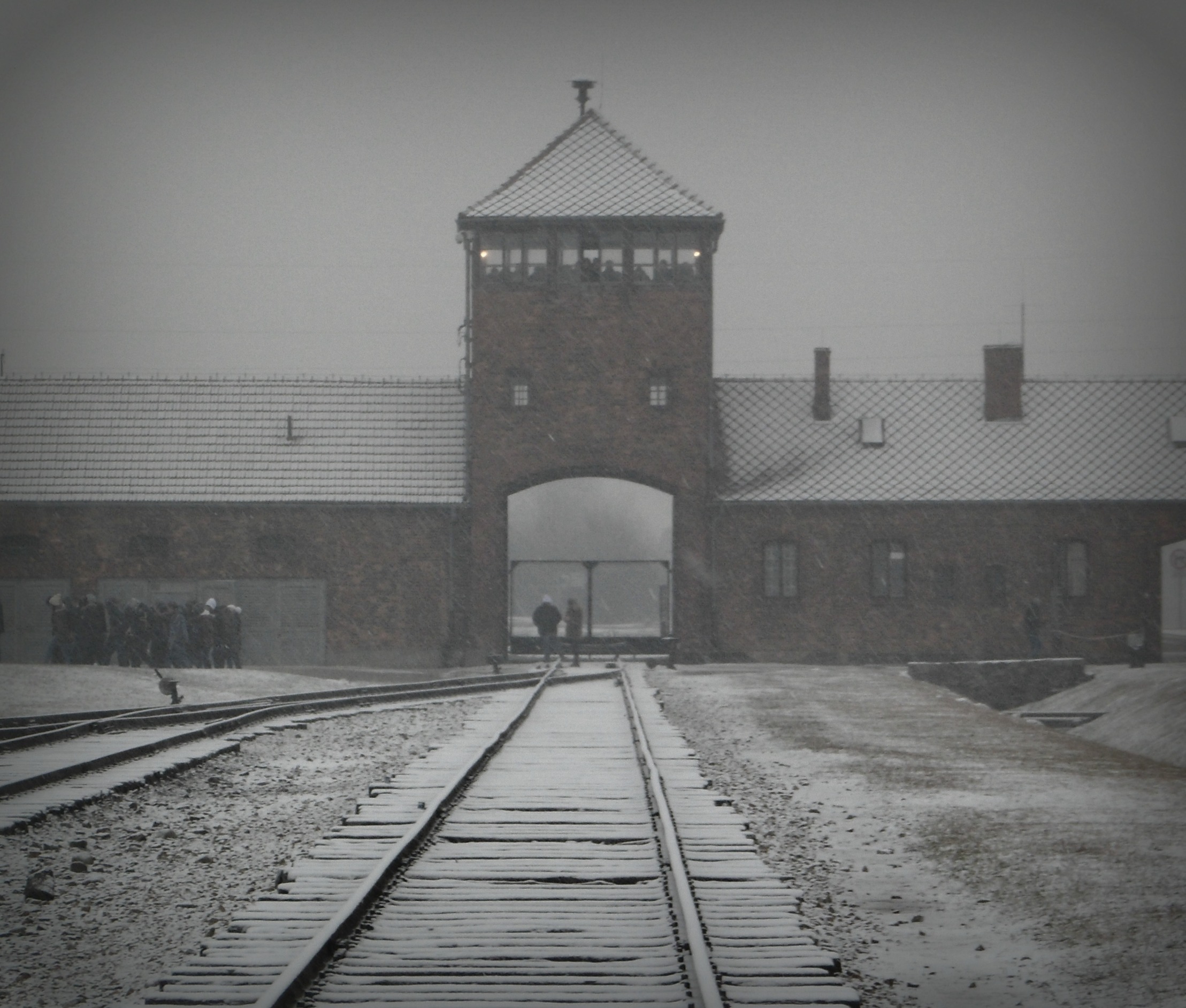 Jewish life in Poland before the war was thriving. They were given the freedom to worship and trade, speak their own language (Yiddish) and follow Talmudic law and by the end of the 18th century, Poland had the largest Jewish Community in the World. By the beginning of the 20th century, the Jewish population in Poland was 3.5 million, a little over 10% of Poland’s population. Today, the Jewish community numbers only 6,000 in Poland, with only a handful of synagogues used for worship out of the 6,000 before the war.  During our trip to Poland, we first went to what was once the Great Synagogue situated in the town of Oswiecim which has a large Jewish community of 58% before the war. When the Nazis invaded it was given the name ‘Auschwitz’. Today, there are no Jews living in the town.

You enter into Auschwitz 1 by walking through the iconic gates with the words ‘Arbeit Macht Frei’ (work sets you free) and are then surrounded by dozens of old army barracks used by the Nazi’s to keep their prisoners. Nowadays, these building are used to house belongings of the people who worked and died here. Thousands of shoes, suitcases and other personal items are shown here in glass cabinets. However, the most shocking display of all was that of human hair, shaved off the prisoners when they first arrived, dehumanising them. Here we also saw some of the cells. One type of cell in particular stood out, the standing cell. Only 31.5 inches square (about the size of a telephone box) and could hold up to four prisoners. They had to crawl through a small door to enter, and as suggested by the name, there was no room to sit or lie down and so the prisoners were forced to stand, only then to carry out a complete 10 hour day’s work after. If they couldn’t, they were shot.

The final place we went to visit in Auschwitz 1 was one of the last remaining gas chambers. However on the walk to the gas chamber, we stopped outside a building used by the guards. Situated right next to the gas chamber, was a brothel. After the initial shock of seeing this building in a concentration camp, the idea of it being used whilst thousands of people barely have enough food to survive on is sickening. The gas chamber itself is overwhelming. It consisted of two sections, one where the prisoners were gassed, which is now empty aside from a memorial to the prisoners, and through a doorway you can then see the ovens in which the bodies were burnt.

After seeing Auschwitz 1 we then went to Auschwitz Birkenau, a site a short coach ride away. This camp was more about what you didn’t see. From the watch tower you can see rows upon rows of barracks. Unlike the brick building in Auschwitz, these were made from wood. This is where prisoners would have slept, often 3 or 4 to one bed; they slept on wooden bunks without any source of heat but one another. It is difficult to imagine which would have been worse, having to live through winter months, attempting sleep through the snow and wind with only a wooden shack around you, or the summer, having to work all day without break in the blistering heat.

People say that visiting Auschwitz Birkenau makes it easier to understand how it must have been to live there, but at the same time it makes it seem even more impossible. Simply being there in the cold for one day and the prospect of walking as far as we did seemed a difficult task, even with our coats and scarves and torches, there is no way to comprehend the suffering felt by those who lived there for years on end. Trying to do so only makes it seem more alien and surreal and asks more questions than it answers.

However it is difficult to deny the importance of seeing this place for yourself, to see this huge feat of inhumanity is incredibly difficult but necessary so people are aware of what is possible and what needs to be avoided now and in the future. As few people are still alive who experienced it for themselves, chances like the one we had to meet Zigi Shipper and hear the incredible stories he told, are rarer and nigh extinct. It is necessary to make sure that the holocaust and all the horrors of the second world war don’t become a distant memory and instead are continually brought up out of necessity so that everyone can learn about and understand the importance of that which mustn’t be forgotten.

By Hannah Lewis and Christine Thomas